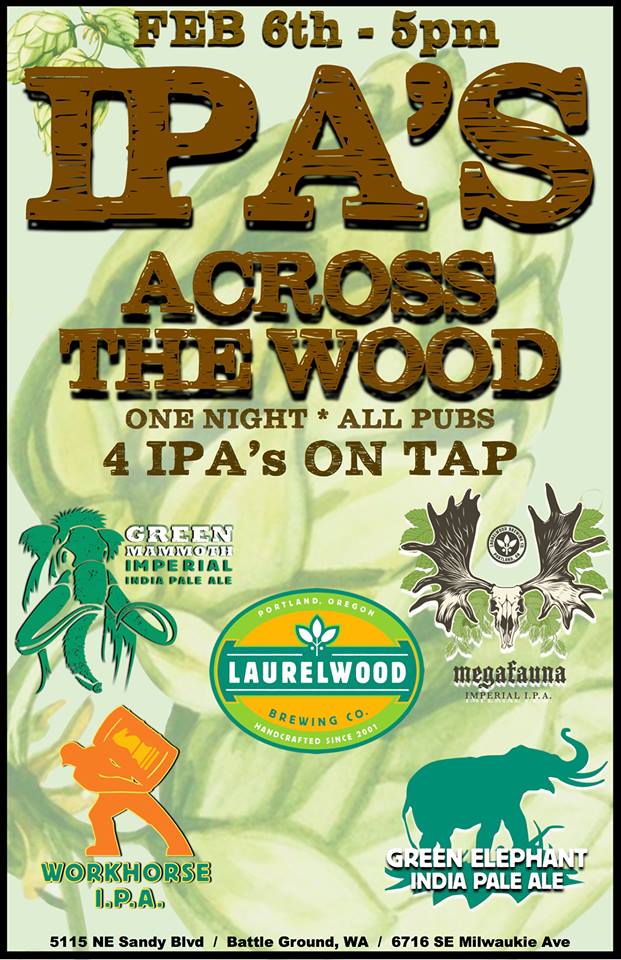 Over the years Laurelwood Brewing has been known for their mastery of the India Pale Ale, well at least the IPA that is known to come from the West Coast of the United States. Laurelwood has won numerous awards for these IPAs and are once again entering Brewing News 2014 National IPA Championship.

To celebrate this years entries into the National IPA Championship, Laurelwood is going to tap all four of their entries at one time on Thursday, February 6th beginning at 5:00pm. Laurelwood will be tapping  Workhorse IPA (2009 Winner), Green Elephant IPA, Green Mammoth Imperial IPA and defending champion Megafauna Imperial IPA (2013 Winner). And as a special treat they’ll also be offering Workhorse IPA in a cask. A night for hop heads not to miss!

This special Across The Wood night featuring their most popular and well received IPAs kicks off at 5:00pm at all 3 of Laurelwood’s Pubs which are listed below.