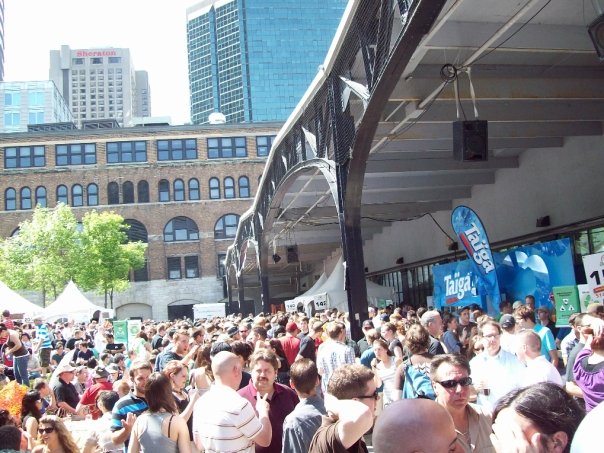 Le Mondial de la bière: is the major beer event in the Québec province. This event allows you to taste the best beers brewed all around our great province. A huge place is also dedicated to beers of the world. This 16th edition was held from June 3rd to 7th in Montréal downtown. There are no sessions for this festival. Admission is totally free. You just purchase beer tickets and exchange them for a two ounce tasting. Prices vary from 1 to 5 CDN$, which is usually quite affordable. 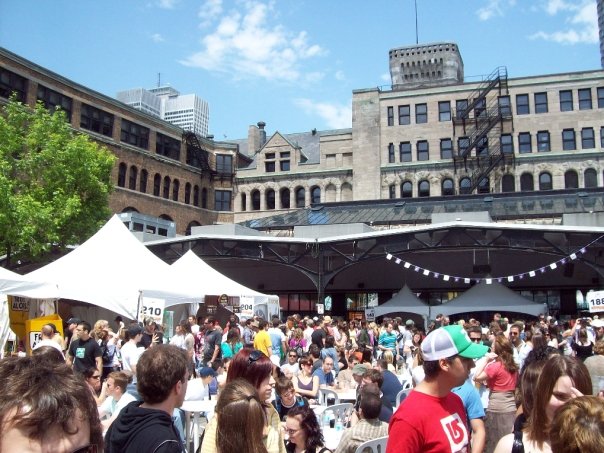 Close to 40 booths offered beers in 3 different categories. They are not really classified like this, but it will be easier to present them.

Québec microbreweries Here is a little description of interesting places and products.

Microbrasserie À la fût!: Located in St-Tite, a city known for one of the biggest rodeo festival in North America, it explains the thematic ambiance. St-Rod, IPA and O’Malley, stout tasted. We will return there this summer in a beer tour and visit all their brews. 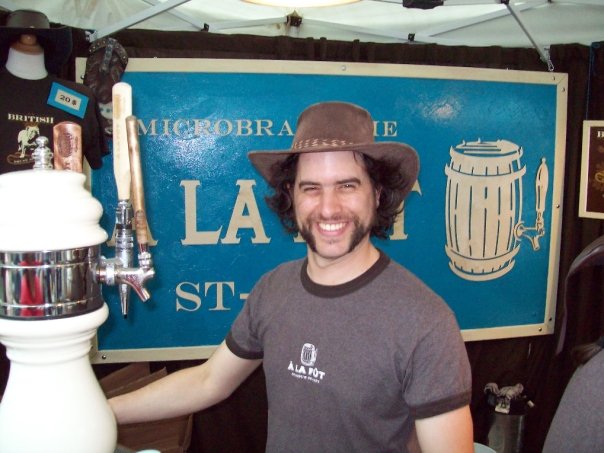 Microbrasserie le Trou du Diable: Extremely good quality products. We will also visit them this summer. The food offered at the restaurant has a very good reputation (as well as their beers). I only have a glass of La Morsure, IPA. 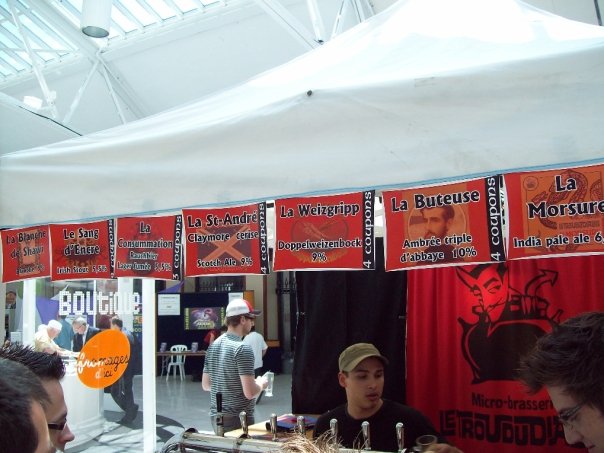 Broue Pub le Brouhaha: They had their 1st anniversary. This brewpub is located in an old tavern in Montréal and the owners kept this old style for the actual brewpub. Their brewer has a strong reputation and their products are impressive. They also explore and try new things like this hopfilter filled with Simco and Amarillio for tap service. It gives an interesting kick of hop to a beer named Gaz de Course.

Brasserie Dieu du Ciel!: I know you know them. Excellent beers. Just let me give you their new releases: Rigor Mortis, Abt and Aphrodisiaque, cacao-vanilla stout. Probably available soon at the Belmont Station. I’ve also tried the Cascade Blanche but I’m not convinced that it is a good mix. I’ll have to try it back. 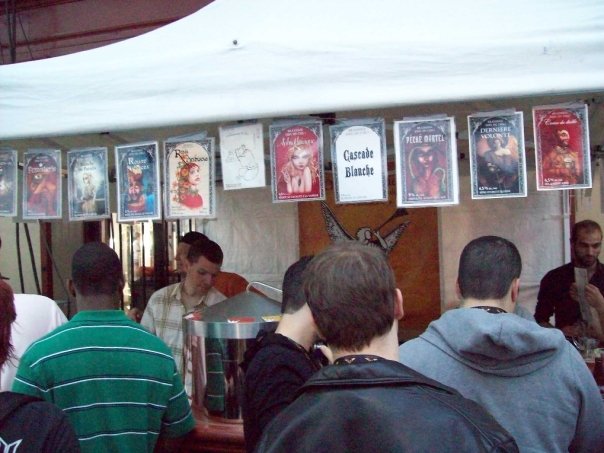 Brasserie McAuslan: does brew an Oatmeal stout that is just wonderful. Their others products are more dedicated public in general but they still have taste. Geeks supports, but the mass do pay the bills… 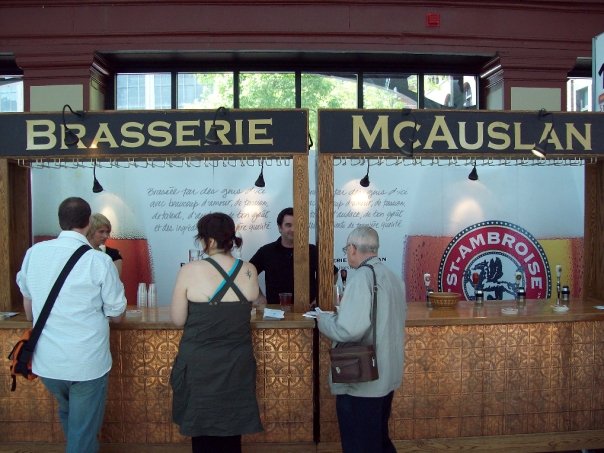 Broadway Pub, Brasserie Artisanale: I only tasted the Belphegor barley wine (10,5%) because this brewpub will be sampled in further beer tour. 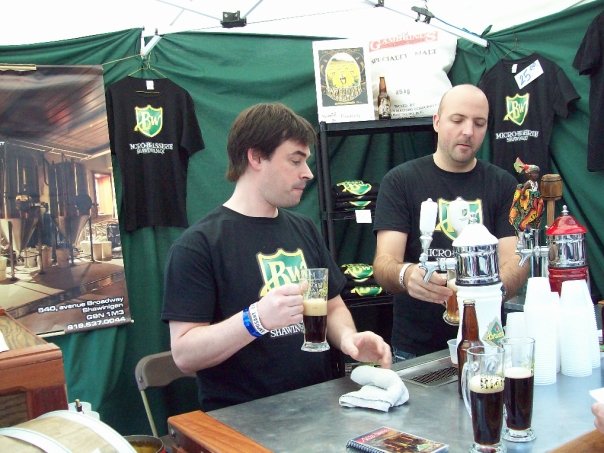 Unibroue: For the event, they put the Éphémère cassis back on the tap. A bit sour, but it is an excellent product when drinking outside in summer time. Probably available in Beervana soon. 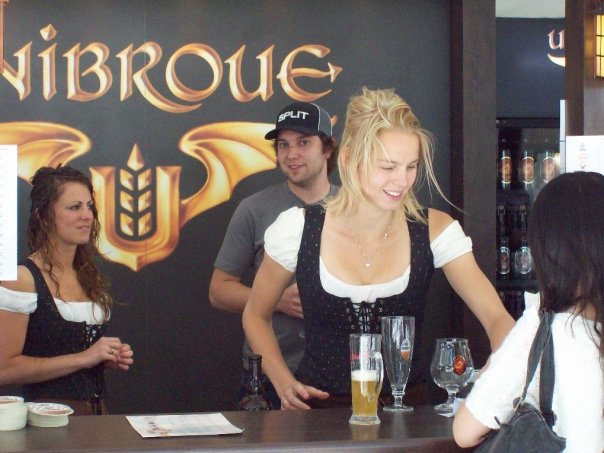 À L’abri de la Tempête Microbrasserie: Came to the Mondial with a newborn, Terre Ferme, with good hop flavour taste. Can’t wait to grab a pack of it and let it age for a long time… 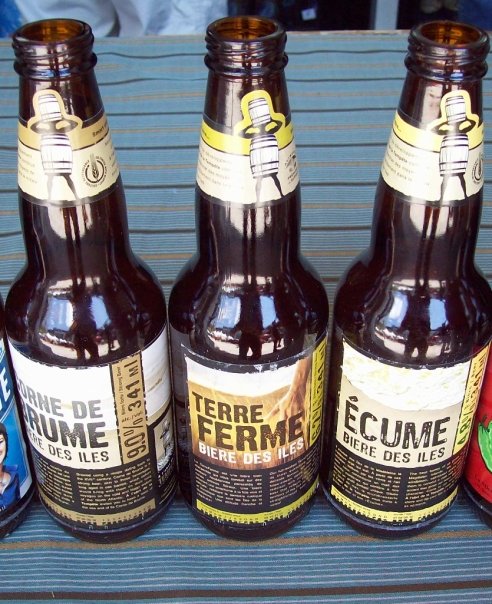 Major breweries There is no interest for those products because it is a beer event and I don’t think that Carlsberg announcing that they have Probably the best beer in the world will help our cause. But, a festival needs money to operate, so these macros are unfortunately necessary. Again this year, we had a great demonstration of macro-marketing: Beer = (babes & boobs). I had to take pictures only to show you… In a way, it’s just sad. They could just try to improve their products instead of putting a lot of money in marketing. 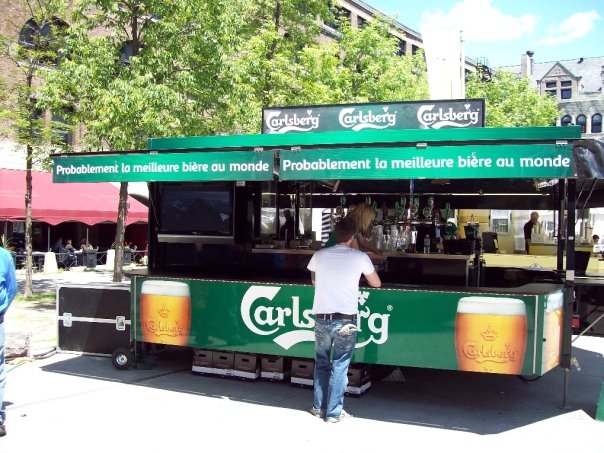 I didn’t sample the following breweries: Taiga, Carlsberg, Grolsch, malt-based drinks, energy drinks and others chemical stuffs. Anyway, the majority of the people coming to the Mondial de la bière attempt to discover new products and to get educated about beer, so if even Budweiser wants to have a booth, fine. I’ll go to the next one. 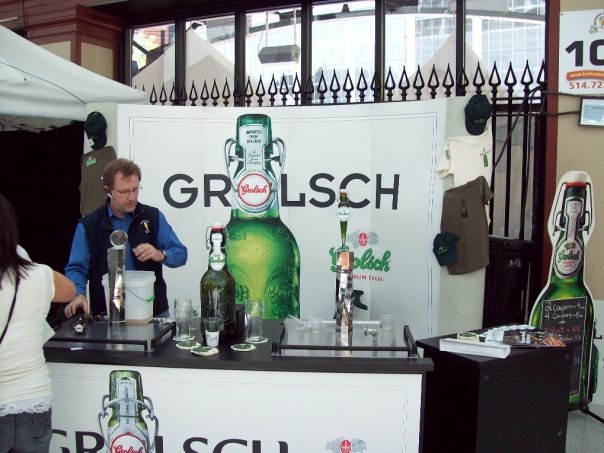 Le petit pub is the main reason for beer geeks to attempt to the Mondial. It is a festival for itself. This booth if filled ( 202 for this year! ) of imported beers. Some tap bars in Québec do have private importations but the beers presented here are usually unique for the event. Some breweries are present usually (Rogue, Dogfish Head, Brooklyn Brewery, Mikkeller ) but the directors have special guests every year. For the 16th edition, Japan and Italia were the guests. 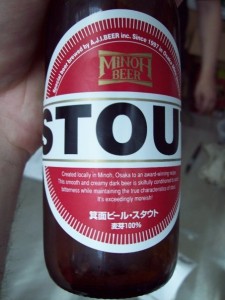 I had good surprises there. Some new breweries I’ve never heard before and what I’ve tasted.. 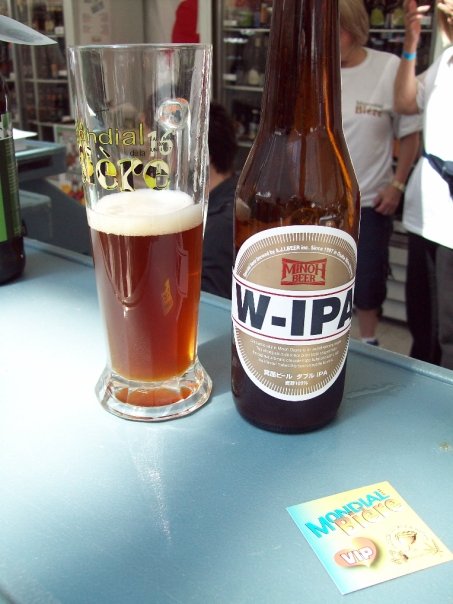 All of those breweries deserve to be discovered. I’ve been quite stunted by the quality of these products. I would buy them again if possible. Let’s hope that some bars will begin to have them as private importations. My first choice goes to the W-IPA from A.J.I. Beer. Ask your beer store to order this sure shot! I also like Panil Barriquée, a good sour beer. 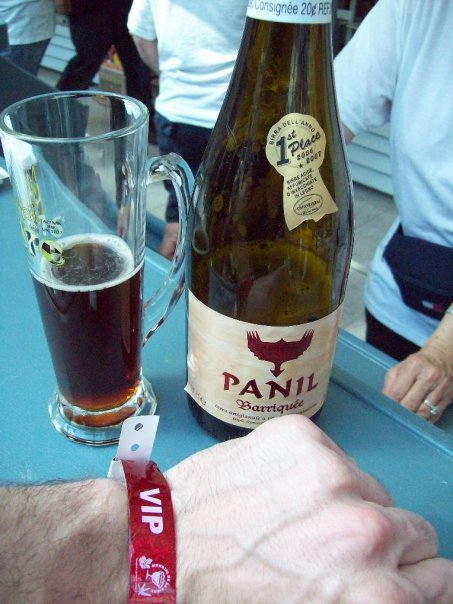 Simply amazing. We now hope for 17th edition next year. 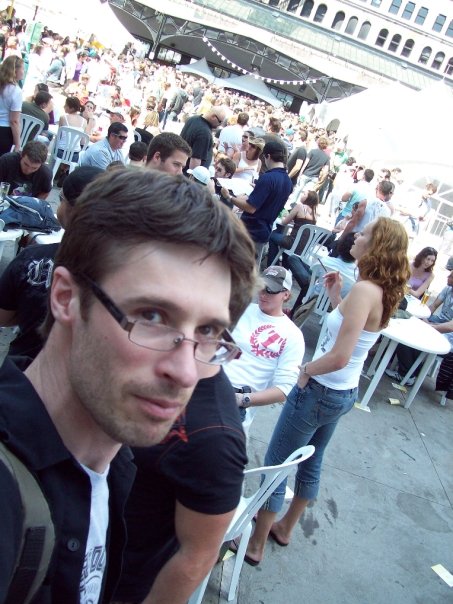 For more on the beer of Canada, specifically Québec, contact Marc DeMeule at marc@brewpublic.com.