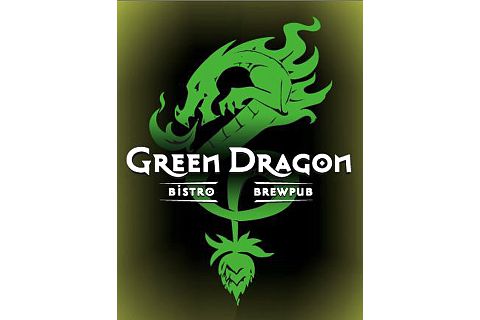 Hi Angelo,
Marc Martin here(…)I am president of The Plato Republic Homebrewers of S.W.Washington plus a feature article writer for Brew Your Own Magazine. I am also one of the Green Dragon Founders. For that reason I felt compelled to send an e-mail to Jack Joyce and his son Brett. I didn’t really expect a reply but was pleasantly surprised by the fast and cordial response.
In my e-mail I related some of the information regarding the birth of the Dragon that they may not have been aware of. Specifically, I discussed how there was very little advertising or marketing that took place during the first few months but the place was often jammed by the end of the first quarter of business. I told them how this could be largely traced to the independent “marketing” efforts of the Founders. Those of us who had faith enough in Jim Parker and the concept to pony up money to achieve the needed capital.
Many of us flooded Myspace, Facebook, Blogspots, and e-mailed 100s of friends and family to promote the Dragon. When we were in the place, which was often, we would help novice patrons choose beers and routinely gave up stools at the bar so others could sit together. In effect we became a 20 person marketing team.
The day after I sent the e-mail (Monday) with my cell number I received an e-mail reply from Brett thanking me for the information and saying that he would give me a call. That call came today and we talked for several minutes. So, first I must say that the Joyce’s are definately interested in feedback from the Founders and loyal patrons. It is their intent to retain as much of the original concept and “flavor” of the Dragon as possible. A lot of us were pulling for Lolo to be able to put something together but if that couldn’t work we certainly could have done much worse. The Joyce’s hearts are in the right place and we will not end up with a made over glass and chrome monolith like Bridgeport.
Obviously, one of my major concerns was “what is going to happen to the Founders club”?  I related how beneficial it would be to have the Founders as continuing Green Dragon “ambassadors”. This seemed to make good business sense to him and he is planning to send all of us Founders an e-mail in the next couple of weeks. I had suggested that he schedule a meeting with the Founders and he feels that this would be a good idea also. It appears that the Founders club will remain intact.
So, bottom line – I know that some changes will have to be made. For any business to be successful it must be structured, well managed and customer focused but I don’t think the changes will be radical and should make the Dragon even stronger.

Stay tuned for more info. and Long Live The Dragon !!!