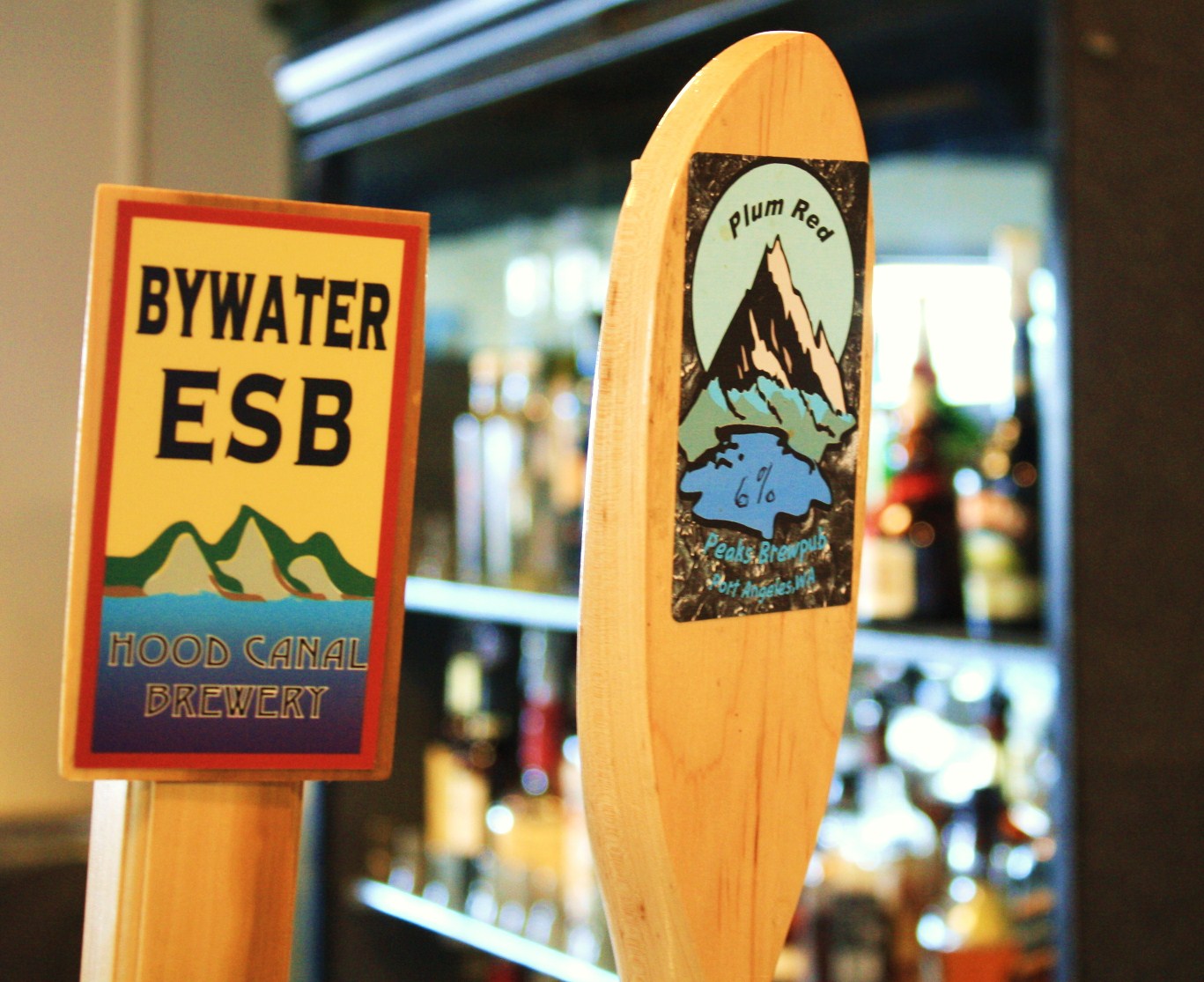 After leaving Peak’s Brewing and heading back to Port Angeles’ harbor, a quick visit to Smuggler’s Landing followed. Here, more than half a dozen Northwest beers resided on tap upstairs at their bar. One more chance we gave to Peak’s by trying their Plum Red Ale that was not available on tap at the brewpub. To be honest, it wasn’t as terrible as the beers at the pub but it was still nothing to write home about (and yet, here I go). A prominent plum presence amidst a deep ruby-amber body did well to mask some of the same off flavors as before. But not enough. We’ll it made sense seeing that it came from the same source. A gentlemen name Jeff who was working at Peaks earlier said this is the beer that is featured annually at the Great Canadian Beer Fest just a 55 ferry trip north of the Port on Victoria Island. This year, Jeff said Peaks made an imperial 11% version of the plum beer.

The Peaks tap at Smugglers resided adjacent to a Hood Canal Brewing’s Bywater ESB. In my past experience visiting the Hood Canal brewery in Kingston, Washington and sampling several of their beers, similar though not as prominent off-flavor issues kept me away from going there. Plus, from reviewing my old RateBeer rating (when I used to spend time reviewing on this site), I discovered another distraught analysis:

Another cruddy infected beer in a bottle from Hood Canal. They might consider renaming the company “Drain Pour Brewing.” Poured a copper-amber body with a huge white head that erupted out of the bottle and all over the counter top and floor upon opening. Bitter, sweet, and sour metallic nose. Only a few sips before this one headed down the drain.

So, needless to say, I stayed away. At Smuggler’s bar three taps of Deschutes made a logical solution to any conundrums. Mirror Pond, Black Butte Porter, and the local celebrity vampire seeking tourist favorite Twilight Ale poured at will. There were also pedestrian microbrews of Pyramid Haywire Hefe and Alaskan Amber available. 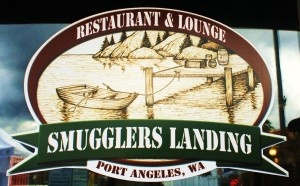 Just down the pier past a lovely collection of naturescape photography was the classy-looking Downrigger’s Restaurant and Lounge. Downrigger’s boasts one of the largest selection of draught craft beer in Port Angeles. 24 microbrews, about a third of those from Port Townsend Brewing not too far southeast of Port Angeles. Others consisted of similar selections to Smuggler’s. Overlooking the ferry terminal, Downrigger’s is an obvious choice for end of the day quaffing and features a full bar and moderately chic atmosphere. For craft beer in Port Angeles, however, the guest taps at Peaks is still the obvious choice.For lunch we settled for a wonderful little Asian Bistro called Soho’s. Recommended to us by some locals, Soho’s had a pleasant, relaxed atmosphere perfect for a quiet lunch and a beer. On tap, a couple of beers from Georgetown Brewing were available. WIth my spicy Mao Pa Tofu, I was quenched with Roger’s Pilsner, a crisp and well-built lager suitable for this moment. From across the lounge on a flat screen television, I witnessed some of Oregon State’s beat down of Portland State from the grid iron in Corvallis. Ah. 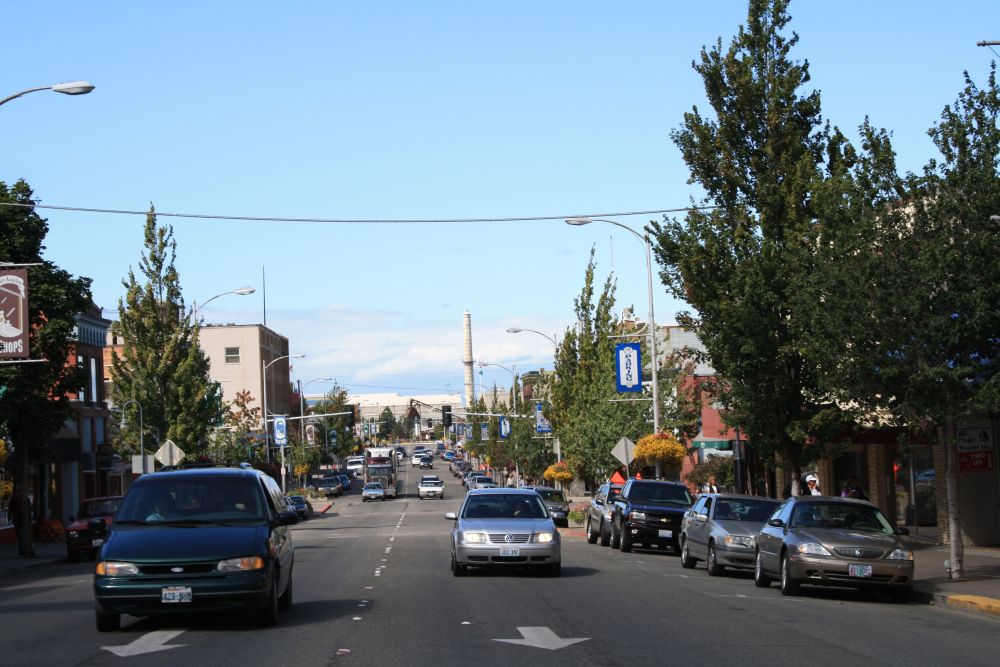 Our time in Port Angeles was brief as we had to make our way back to Sequim for our friends J-P and Amy’s wedding. A winding series of country turns lead us to Lost Mountain Road were a beautiful view of the Olympic’s rolling forested hills loomed in the distance over an old winery and horse farm down the pasture. 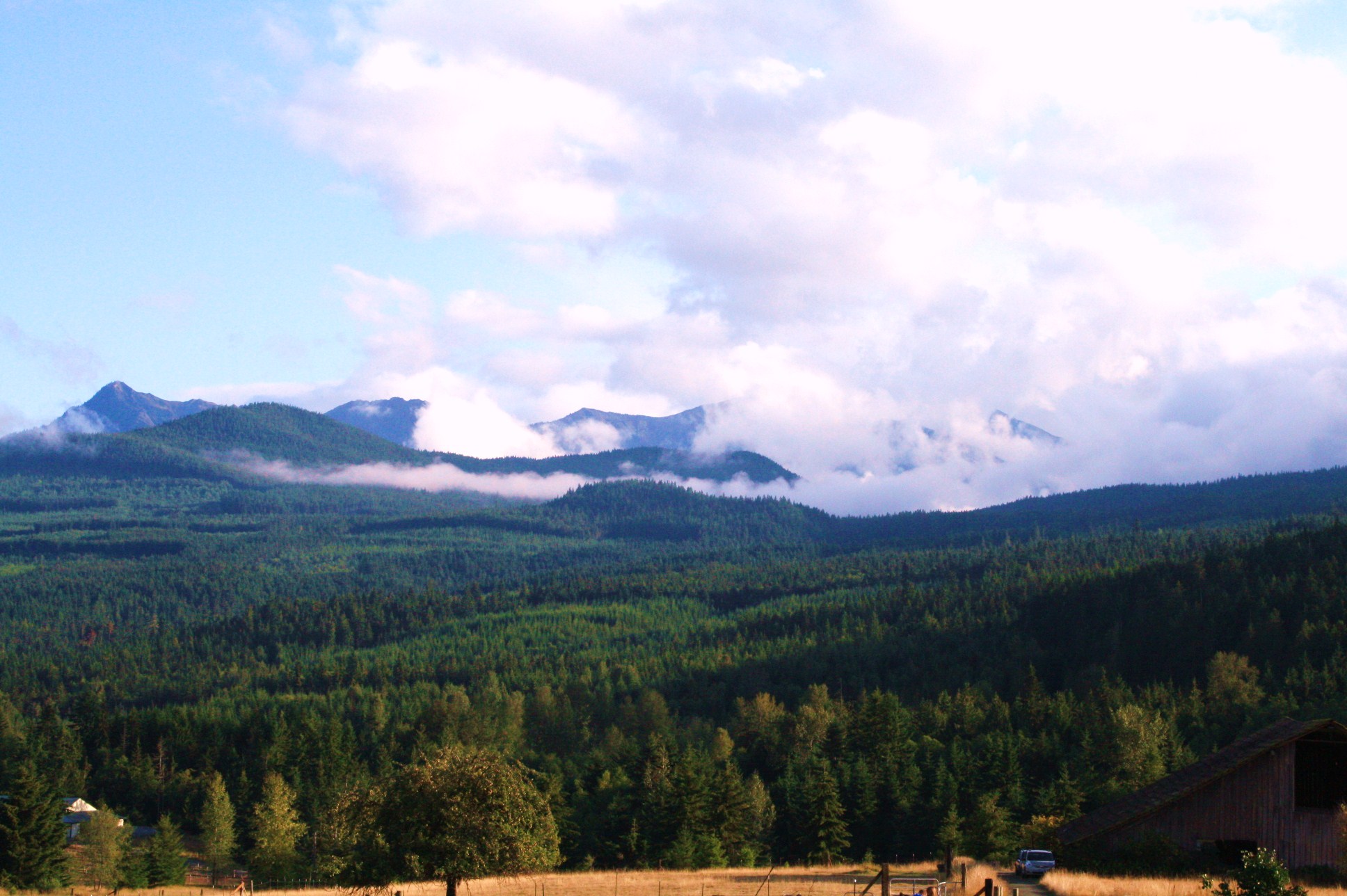 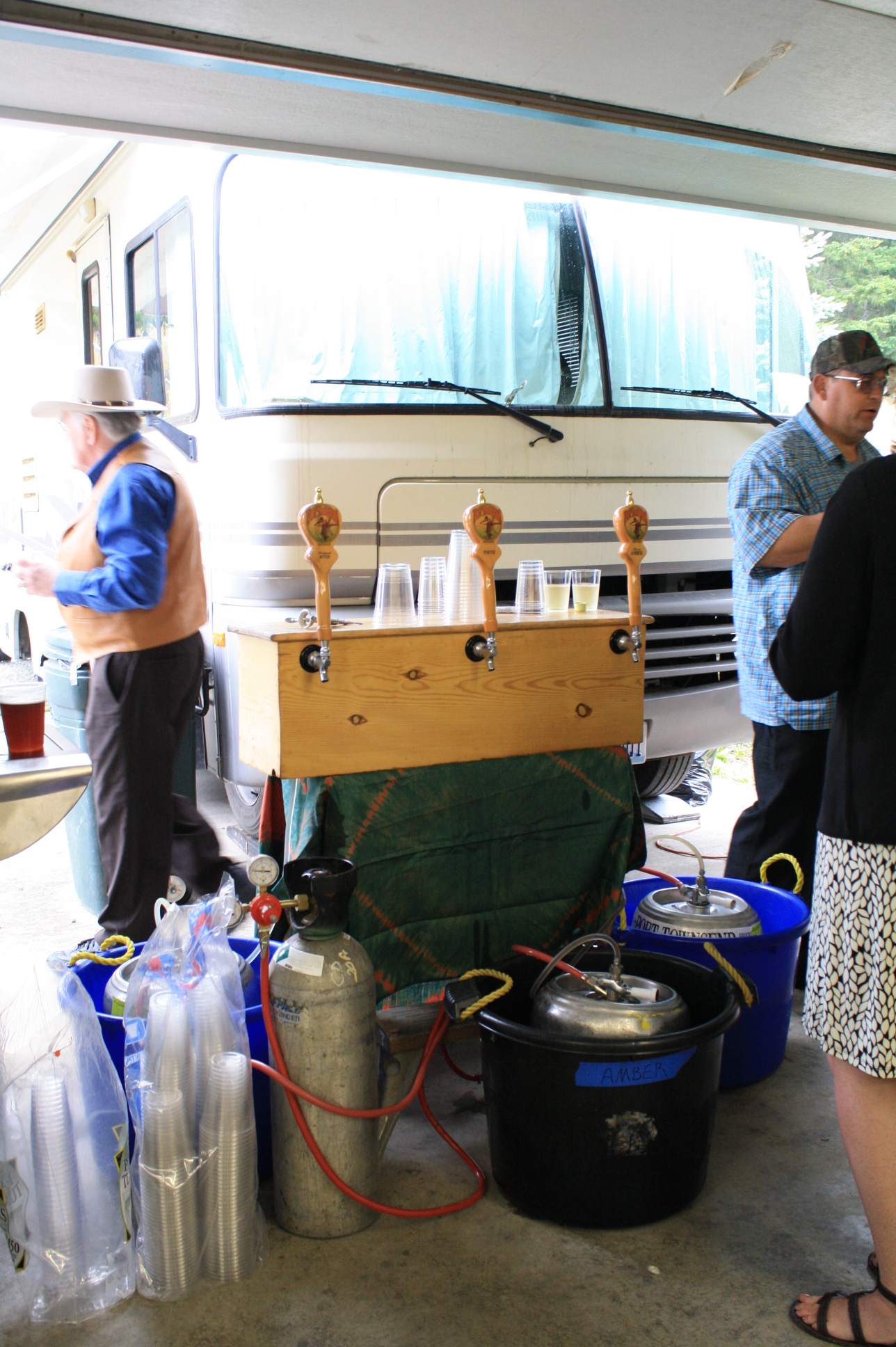 I was uncertain of our beer future during this day of matrimony, so to be certain I had two twelve-packs stashed in the car just in case. To our delight, three kegs of Port Townsend Brewing beer were available in the garage next to the reception area. Amber, Porter, Bitter. Now, I’ve not always been in love with Port Townsend’s beer and this experience was in line with my palate’s memory, but I had to admit, there was not major infections in the brew a

nd the circumstances and happiness surrounding this day did actually enhance the overall brew experience (that and a segway glass of delicious red wine). 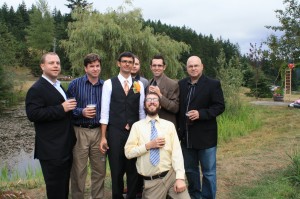 After an intermittently addressing rain display, the sun finally peered out beneath transitioning clouds before the night arrived. Under a canopy, the night was filled with dancing and celebrating. For all of our beer hunting could not compare to the celebration  of love between two dear friends. Congratulations J-P and Amy! 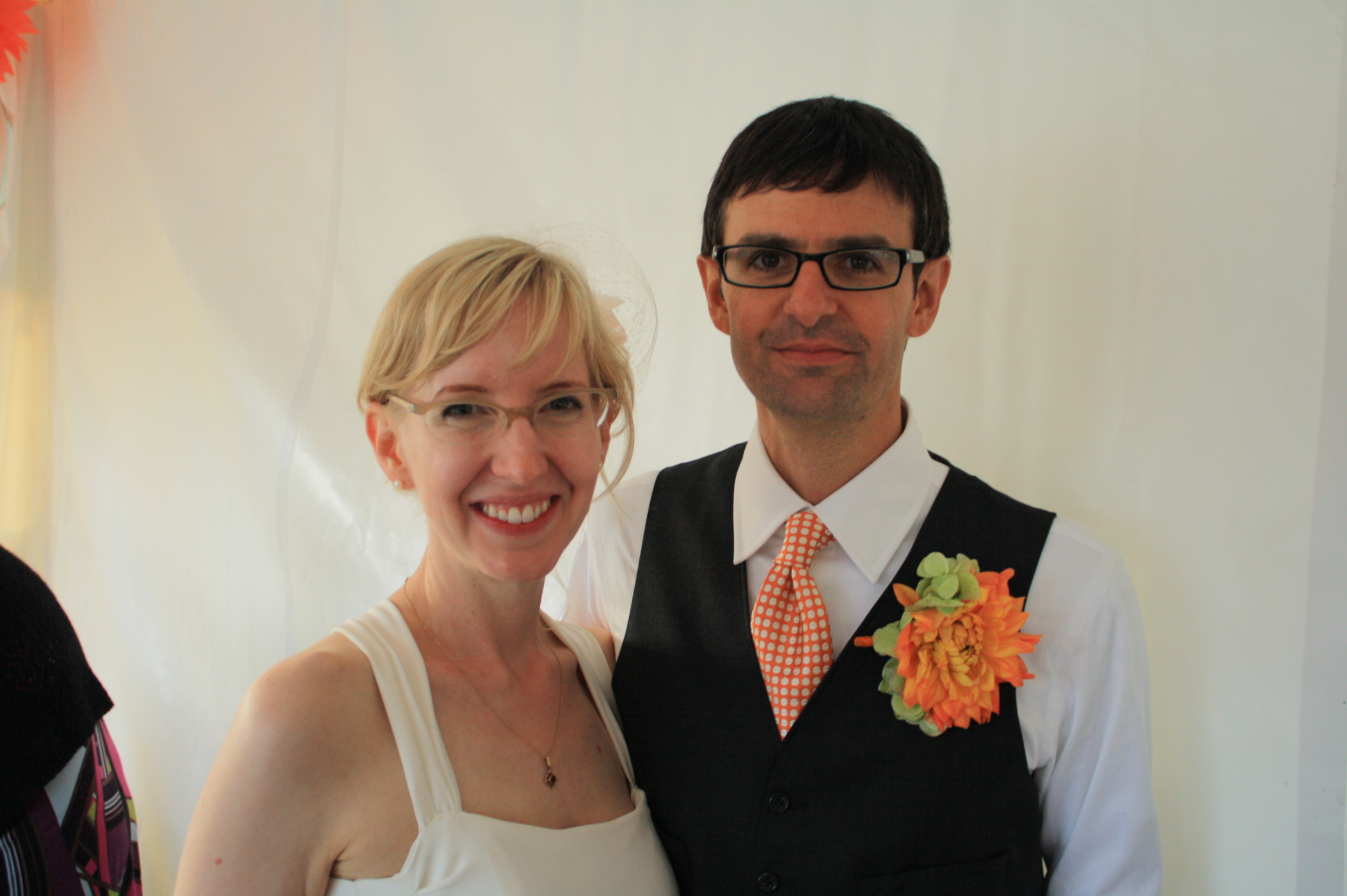