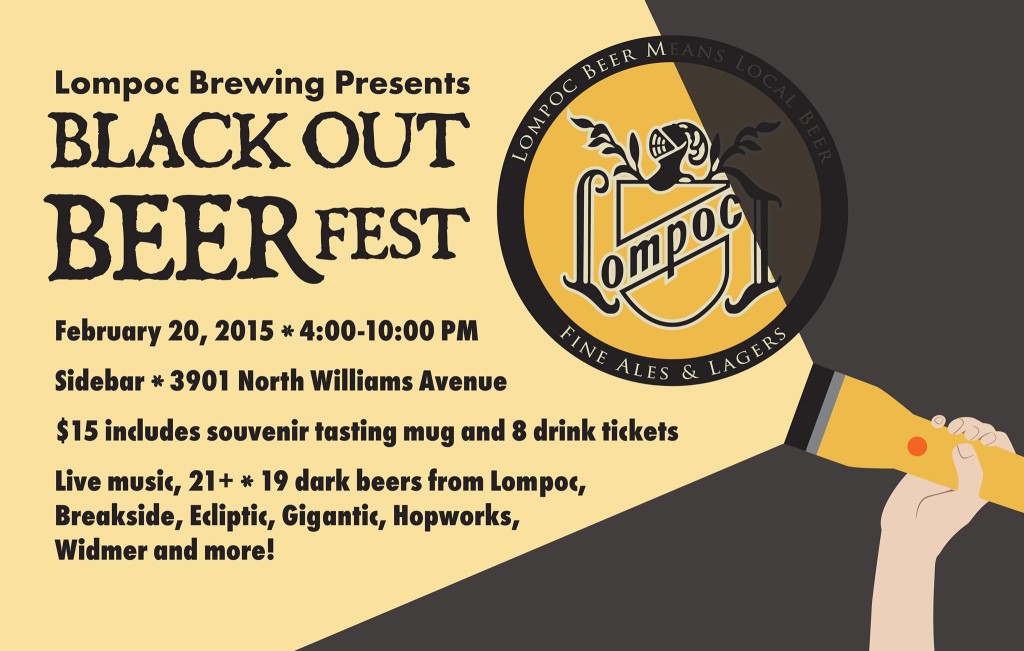 Returning for its third year is Lompoc Brewing’s 3rd Annual Black Out Beer Fest on the eve of their famous Chowder Challenge. Taking place on Friday, February 20th from 4:00 to 10:00pm at their newly remodeled Sidebar location on North Williams this is an event that is a dream come true for fans of beers from the darkside. 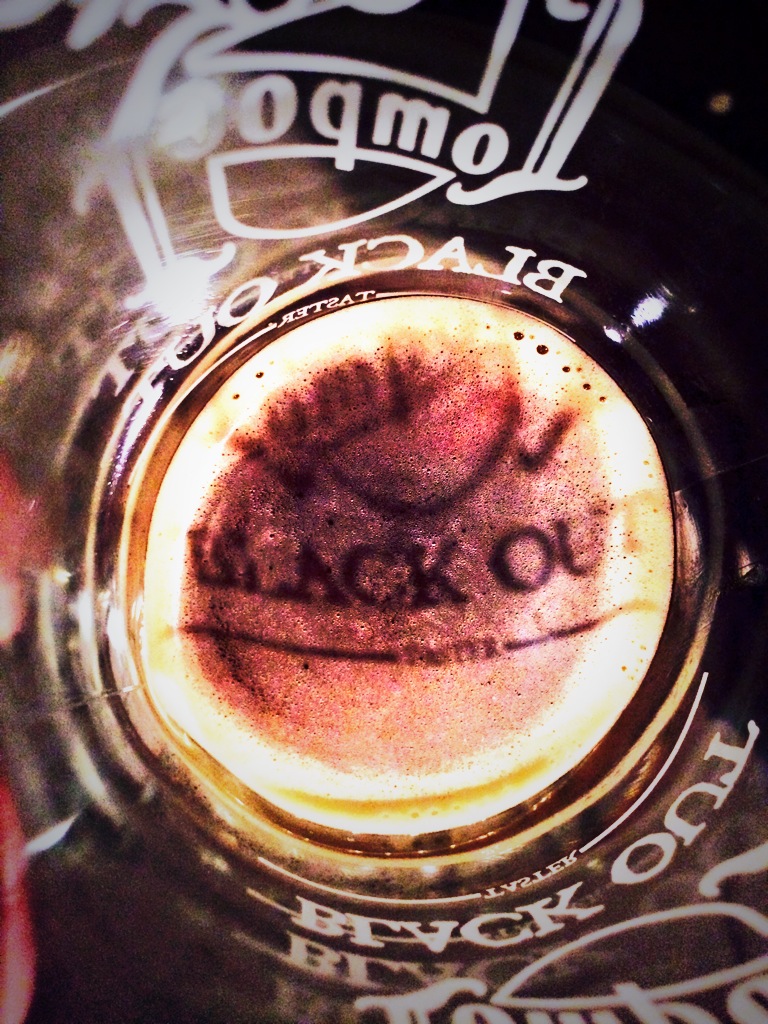 The Black Out Beer Fest will feature 19 dark beers: four from Lompoc and the remaining 15 from craft breweries including Alameda, Breakside, Burnside, Cascade, Ecliptic, Fort George, Gigantic, Hopworks, Lucky Lab, pFriem, The Commons, Three Creeks, Upright, Widmer and one yet to be named. There will also be live music and food specials throughout the evening.

Tasting packages are required to drink the Black Out beers and cost $15, which includes a souvenir 15.5 oz glass tasting mug and 8 beer tickets. Additional tickets are available for $1 apiece. It costs four tickets for a full mug or $1 for a taste. Original mug and ticket sales take place in Sidebar.

The Black Out Beer Fest will serve the beers in Sidebar and the heated tent in the parking lot adjacent to Sidebar on Williams. Unlike the following day’s Chowder Challenge, this event is for ages 21+. 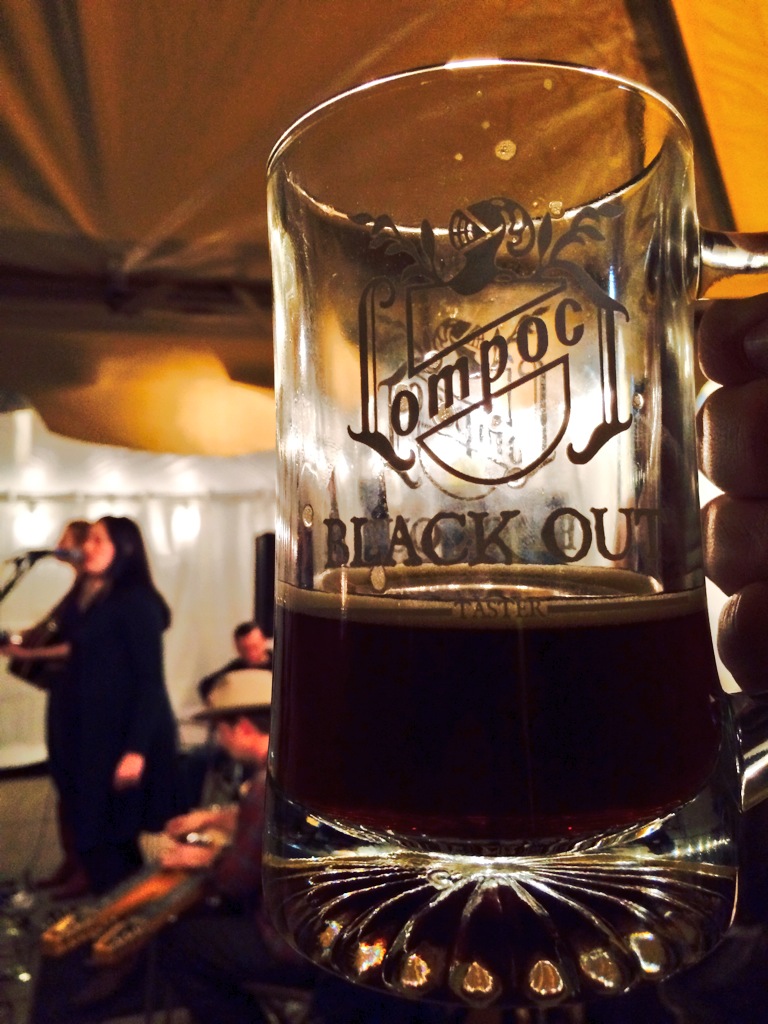 This was a hidden gem of a fest for us last year. Organizers even tapped cellared keg of Roots Epic, something that doesn’t happen all that often. For more information about the event, including beer descriptions, visit www.lompocbrewing.com.