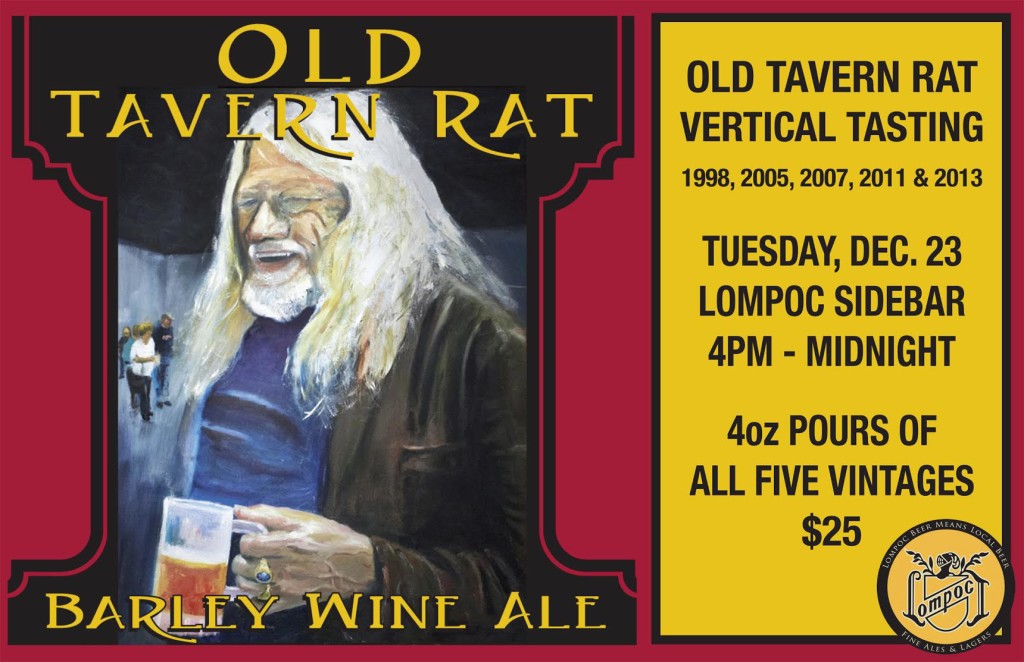 Over the years, one of Portland’s longest running series of Barley Wine has been produced from Lompoc Brewing. Their popular Old Tavern Rat has been one that beer fans seek out every time its released.

On Tuesday, December 23rd, Lompoc will host a five year vertical tasting of Old Tavern Rat Barley Wine at their newly remodeled Sidebar in North Portland. Taking place from 4:00pm to Midnight, the vertical will feature vintages from 1998, 2005, 2007, 2011 and 2013. A flight of 4-oz pours of all five vintages will cost $25.

Old Tavern Rat was named in honor of the famed Portland publican Don Younger, the business partner and close friend of Lompoc owner Jerry Fechter. Though the flavors vary with each batch, the beer is generally a very intense (like Don) strong ale with a malty body and plenty of caramel, dried fruit and roast flavors. The beer’s label is a painting of Younger done by our friend John Foyston, the very talented local beer writer and painter.

Sounds like a great way to celebrate the holidays!