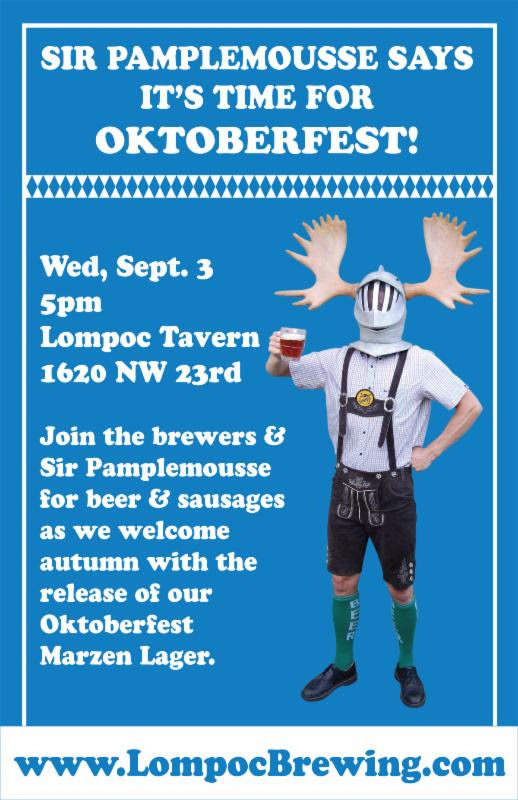 September has arrived and with the new month comes the release of many Oktoberfest beers. Lompoc Brewing is getting involved and are hosting their Oktoberfest release party at their Lompoc Tavern outpost on NW 23rd Avenue on Wednesday, September 3rd.

Taking place from 5:00pm to Midnight, Lompoc Brewing is welcoming in autumn with a release party for its Oktoberfest beer. Lompoc’s fall seasonal, Lompoc Oktoberfest, is described as pale orange in color. Lompoc Oktoberfest is a Marzen Lager featuring a clean malt flavor artfully balanced by a touch of Perle hops. A portion of the grains used was roasted in the oven at Lompoc’s Fifth Quadrant, giving the beer a slight biscuity flavor. The beer finished at 5% ABV and 15 IBUs.

So pull out your lederhosen or dirndls, it’s time for Oktoberfest! And if you cannot make it to Lompoc Tavern, Lompoc Oktoberfest will be on draft at all five Lompoc pubs beginning September 3rd.