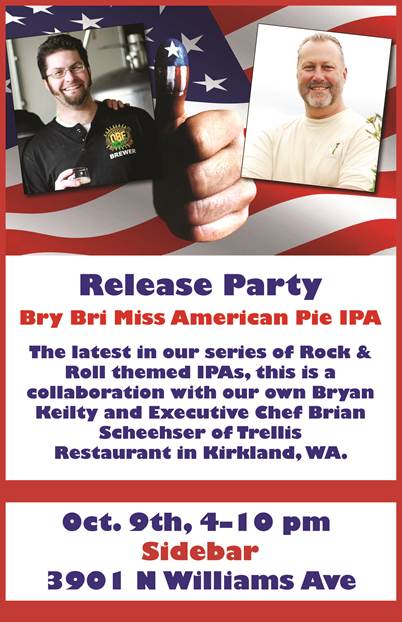 The IPA release party for Bry Bri Miss American Pie IPA will take place tonight on Wednesday, October 9th from 4:00 to 10:00pm at Sidebar. Free appetizers while they last! 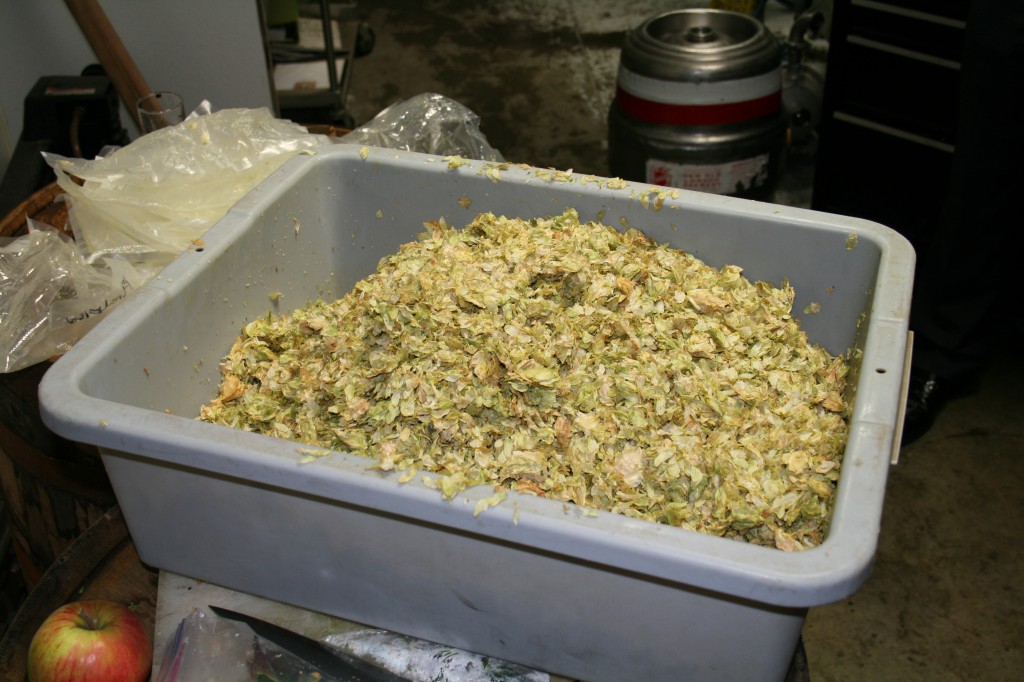 Bry Bri Miss American Pie IPA is rich, gold in color and features a dry, bitter body. Cascade and Centennial hops contribute an apricot flavor and piney aroma. Some of these hops were grown on Chef Brian Scheehser’s own farm in Washington state. These are classic American hops for a song full of classic American imagery. Let the hops “save your mortal soul”. This IPA weighs in at 6.2% ABV. 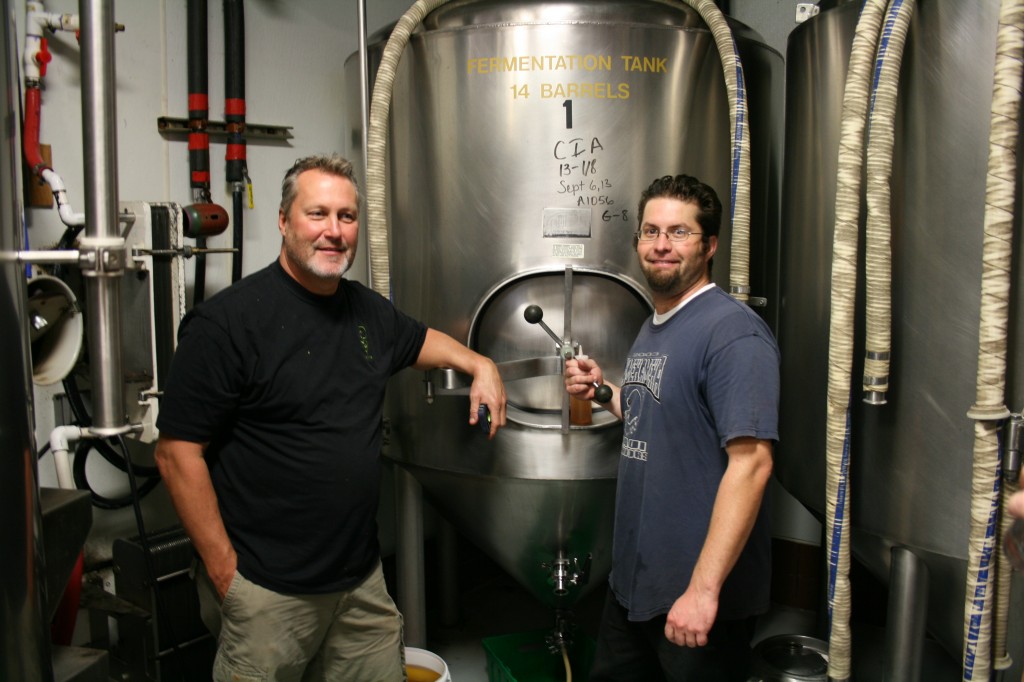