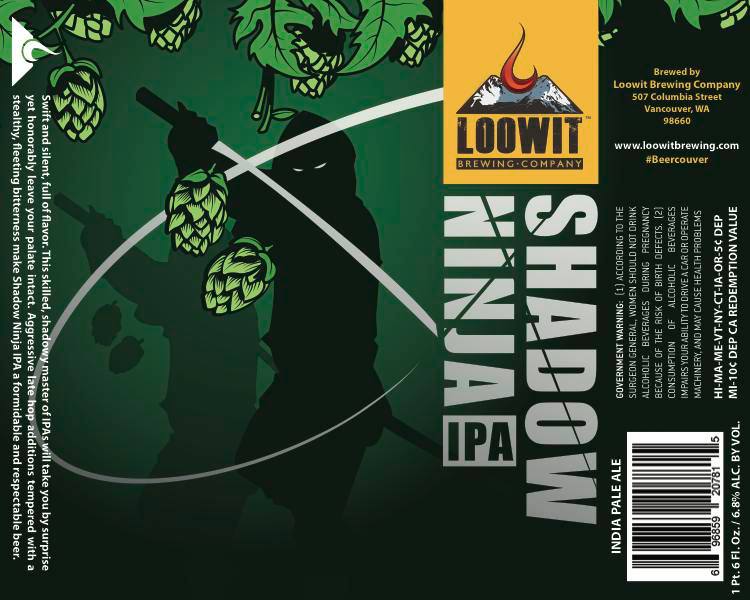 Loowit Brewing Company has become the first Vancouver, WA brewery, since the late Lucky Lager brewery closed in 1985, to offer a packaged, commercially available beer. Loowit’s popular Shadow Ninja IPA is now being packaged in 22 ounce bottles. The bottles are currently available for sale in the tap room at the brewery and will soon be available at select locations in Clark, Cowlitz and Skamania counties in Southeast Washington. Going forward, Loowit owners Thomas Poffenroth and Devon Bray plan to expand bottle availability and also add to the line-up of available bottled beers. 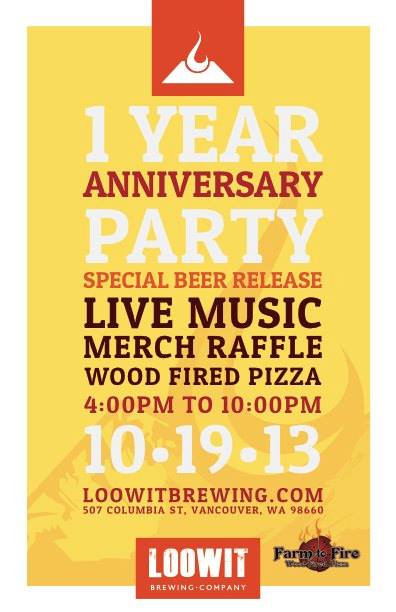 Help Loowit Brewing celebrate the completion of brewery’s first year in operation on Saturday, October 19th from 4:00 to 10:00pm.

Some of the special events this day will include: 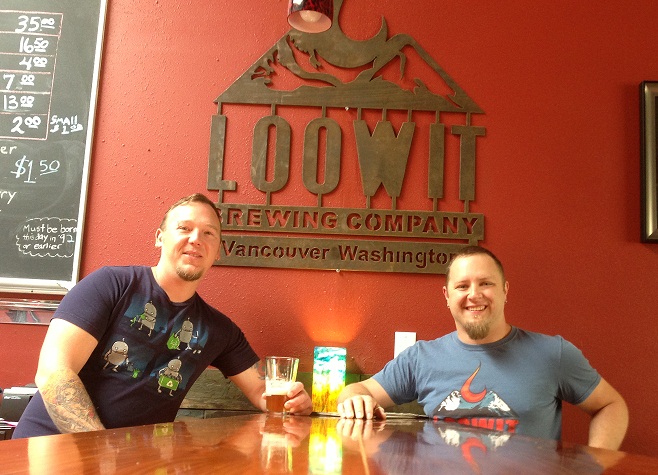 ABOUT LOOWIT BREWING COMPANY:
Founded in 2010 by longtime Vancouver residents Devon Bray and Thomas Poffenroth, Loowit Brewing Company is the latest significant addition to underpin a revitalized downtown Vancouver, Washington. Loowit began brewing commercially and opened it’s doors in October 2012. Despite being a young brewery and having only been open for 8 months, Loowit Brewing won a gold medal for their Vandalia Summer Ale in the fruit beer category at the Washington Beer Awards in June 2013. The company specializes in brewing small batch, hand crafted ales that are developed with a thoughtful approach balanced by a Pacific Northwest flair.