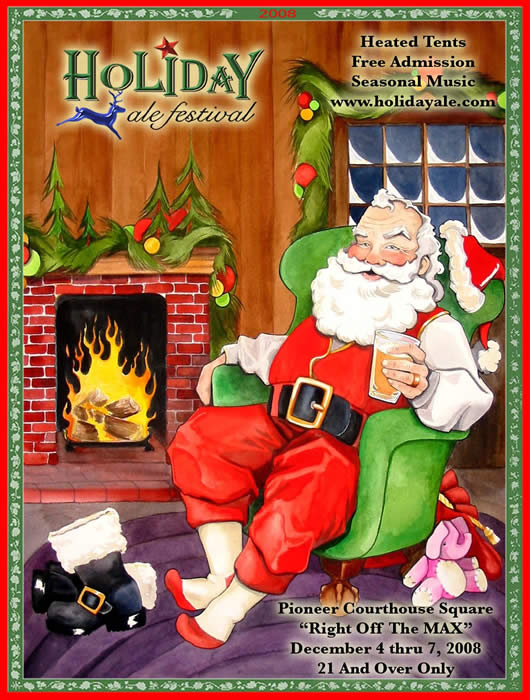 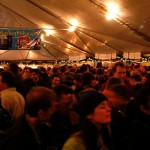 The Holiday Ale Fest, the largest winter beer festival on the West Coast, will become even larger this year.  According to the festival’s media director Chris Crabb, the Holiday Ale Fest will expand from four days to five.  Previously operating from Thursday through Sunday in December, the event will now include a special early Wednesday opening to accommodate the eager beer enthusiasts and hopefully avoid over crowding.  This year’s even, in its 13th year will begin on Wednesday December 3rd at Portland’s Pioneer Courthouse Square with a variety of limited selection of “hidden treasures” on opening day.  These will include a 2005 Eggenberg Samichlaus, at 14%, the strongest lager in the world; BridgePort’s Old Knucklehead, Fred Eckhardt Vintage No. 11;

2006 and 2007 Jim K., a strong ale blended specifically for the festival by director Preston Weesner and Hair of the Dog Brewing Company; 2007 Scaldis Noel from Brasserie Dubuisson; 2007 Allagash Curieux, a Belgian tripel-aged in Jim Beam barrels; and 2007 Anchor Old Foghorn barleywine, among others.

Returning to the event is the fifth annual Belgian Beer Brunch taking place on December 7 from 10 a.m. to Noon on the upper level of Pioneer Courthouse Square. The auxiliary event features European pastries, meats and cheeses to accompany an assortment of Belgian winter beers not available at the festival itself. Tickets cost $35 and are available at www.holidayale.com.
The 2008 Holiday Ale Fest will run December 3 through December 7. For more information, hours, or to volunteer, go to the website or call (503) 252.9899 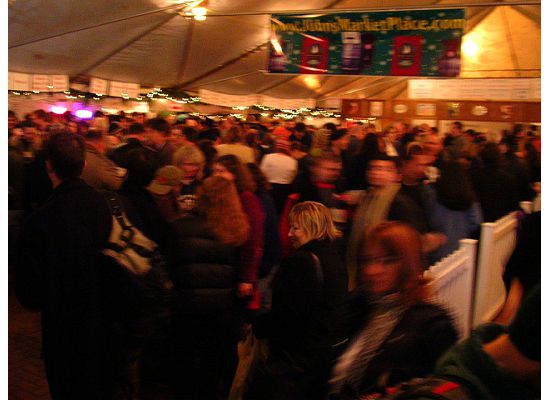