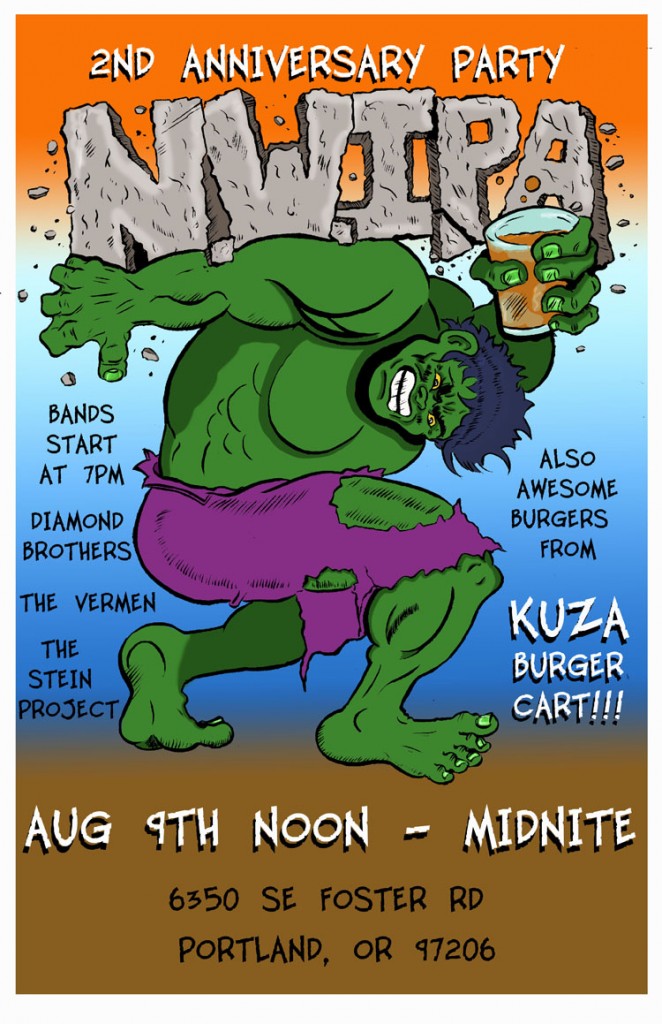 It’s now been two years since N.W.I.P.A. opened their doors and to celebrate they’ll be hosting their 2nd Anniversary Party on Saturday, August 9th from Noon to Midnight. That’s right, you’ll have 12 hours to dive into some of the best IPAs on the market.

To help kick things off N.W.I.P.A. will have all beers currently on the board at Noon for $2 until it’s time to start putting the special anniversary beers on.

The folks at N.W.I.P.A. have curated a wonderful selection of kegs to tap throughout the day. Some of the highlights include Laurelwood’s Megafauna, Block 15’s Sticky Hands, Crux’s Mosaic IPA, Pfriem’s Session IPA and Rev. Nat’s/Barley Brown’s collaboration effort. This is just a tip of the iceberg as these gems run out there will be some other special beers being tapped.

In addition to the great beer, N.W.I.P.A. will also have Kuza Burger slinging the most delicious burgers out front. Then at 7:00 PM there will be live music inside from Diamond Brothers, The Vermen, and The Stein Project. Come early, come late, come multiple times just don’t miss it!