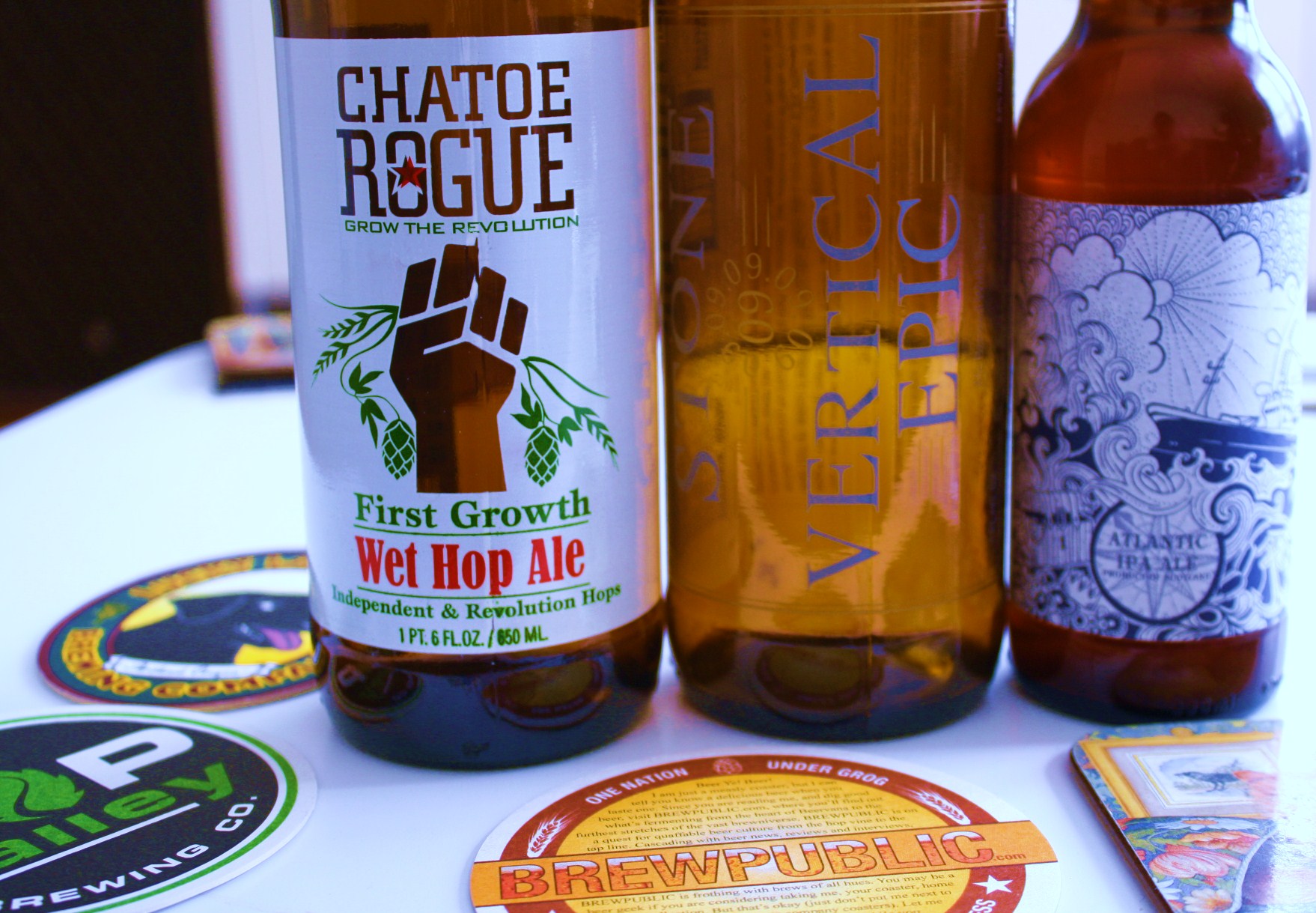 Lately our heads are spinning with new beers expand our palates and old seasonals to revisit. As we welcome fall and the cooler darker days ahead, we’ve got a whole heap of sexy malted tipples to turn us on. With still some warmth in the air during the day and a nip at night to foreshadow the wintry months to come, a heterogeneity of brew species rear their heads for more pleasurable possibilities. This, like all things beer, is even more prevalent in the Pacific Northwest where the cup runneth over.

Here’s a look at some of the best new beers we’ve tried recently and strongly recommend: 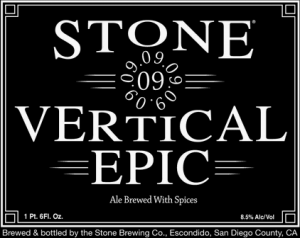 Stone Vertical Epic 09.09.09: While it might seem that so many breweries are putting forth hackneyed sales concepts with their beers, Stone, at very least, backs it with a yearly assortment of diverse and thought provoking styles. This year’s Epic is an enduring imperial Belgian-styled stout. Initially, a stinging, almost metallic surge besieges the lips but is hereinafter followed by an array of truly complex interpretations. Fruitiness from the yeast, dark nougat and cacao waves calm the 8.6% ABV alongside a mild French Oak creaminess. A sign of a truly excursive beer is the multitude of impressions received by it upon each sip. As this beer opens up, a different imprint forges its way upon your tongue. It warms your temple as you dig deeper. We enjoyed it with a variety of dark chocolates to dig deeper into the labyrinthine layers of possibility. Love it or hate it, this beer leaves an impression. 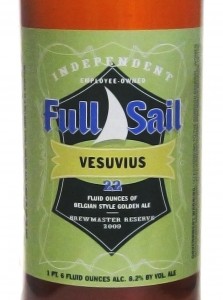 Full Sail Vesuvius: Every year, our impression of this beer changes. I once was convinced that I hated it, but to hate a beer is simply unconstitutional when it comes to the craft in Beervanian legislature. I suppose like a piece of fine art, a bewildered or buckling reaction might indicate a success in that the artist has in fact produced a work that has inspired thought if nothing else. In its fourth year, Vesuvius has perhaps not changes as much as our window of perception. Belgian-styled beers have made leaps and bounds in the hearts and tongues of craft beer drinkers. This hybridization of a Belgian golden ale holds a dryness without being phlegmatic. Fruity esters imparted by the yeast meld with a fortuitous alcoholic girth to deliver a wallop of a wake-up call to the senses. The use of Saaz and Sterian hops tweak the beer to give it an Imperial Pilsner-esque attitude that is tucked behind the imposing yeastiness.This brew is a part of Full Sail’s Brewmaster Reserve Series and should be available throughout the Northwest from now through November.

BrewDog Atlantic IPA: Considered to be an “old IPA”, this beautifully packaged, tactfully marketed, and exorbitantly priced beer arrived at our doorstep last week. Always happy to receive a free beer, be it a sixer of Henry’s or a bomber of Abyss, this gem of a beer met me with a shiteatin’ grin that induced a sort of Pavlovian reaction. At $25.99 USD retail, I’d gander than no beer is worthy of this price tag, and upon hearing this, part of my being wanted to discount the worth of this seemingly over-priced 330 ml brew. But, duckweed aside, the impression of this beer was quite good. Forget the story of the ancient recipe book from 1856. Forget the turbulent storms 7 casks of this beer endured across the rough ocean Forget the encounters with killer whales etc that lean on lore and hype to justify gouging consumers with a hefty price tag. Forget that only 960 bottles made it to America. And forget the press release we received that determinedly proffered us with justifications of a beer that retails for as much as a case of Oregonian craft brew. The quality of this beer without all the bells and whistles is quite good. A yeasty-bodied rich amber brew with earthy English hops is quite impressive for a UK beer. Added notes of subtly creamy wood and a dash of peaty roast in the underpinning made for a hell of a nice beer. It still really burns my butt when I see that price tag. It made me think that Rogue could oak up some of Cap’n Sig’s Deadliest Ale and have him run it ’round the Barren Sea a few time before returning with a similar price tag. Still, the concept is worthy, the free sample is much appreciated, but…$25-freakin.99!!!?? C’mon. I thought Americans fought against taxation without representation over 200 years ago. So why get all moist over an old recipe. You could buy a Weihenstephaner whose recipe dates back to the early Second Millennium A.D. for pennies on the dollar. BrewDog should be at least a little ashamed of their ridiculous asking price that lays a grim shadow on the quality of this otherwise delicious brew. Even Dogfish Head doesn’t root consumers this bad. Still, if you’re reading BrewDog, keep the samples coming, and thanks!

Chatoe Rogue First Growth Wet Hop Ale: Here’s another handsomely packaged brew that called out from the shelf for us to purchase it. This here is the first of Rogue’s Independence Farms wet hopped beers. Two 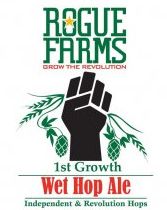 varietals of raw hops were trucked from the hop yard to Newport and brewed by brew guru John Maier. 200 barrels were brewed using 3,000 pounds of hops. The result is an amber-bodied, fragrant, flowery beer. The taste is quite piny as it zings and curls the tongue. As more sips are enjoyed, the bitterness of the lupulin really takes its toll. In a sense, this beer is a creeper. There’s the signature Pacman yeast that give a mild fruitiness to the beer, but on center stage here is the hop. Without the grit of the Two-Row and Munichs in this one, the hops might trounce you.

Angelo De Ieso likes to drink beer he can’t afford and an write about himself in third person tense.