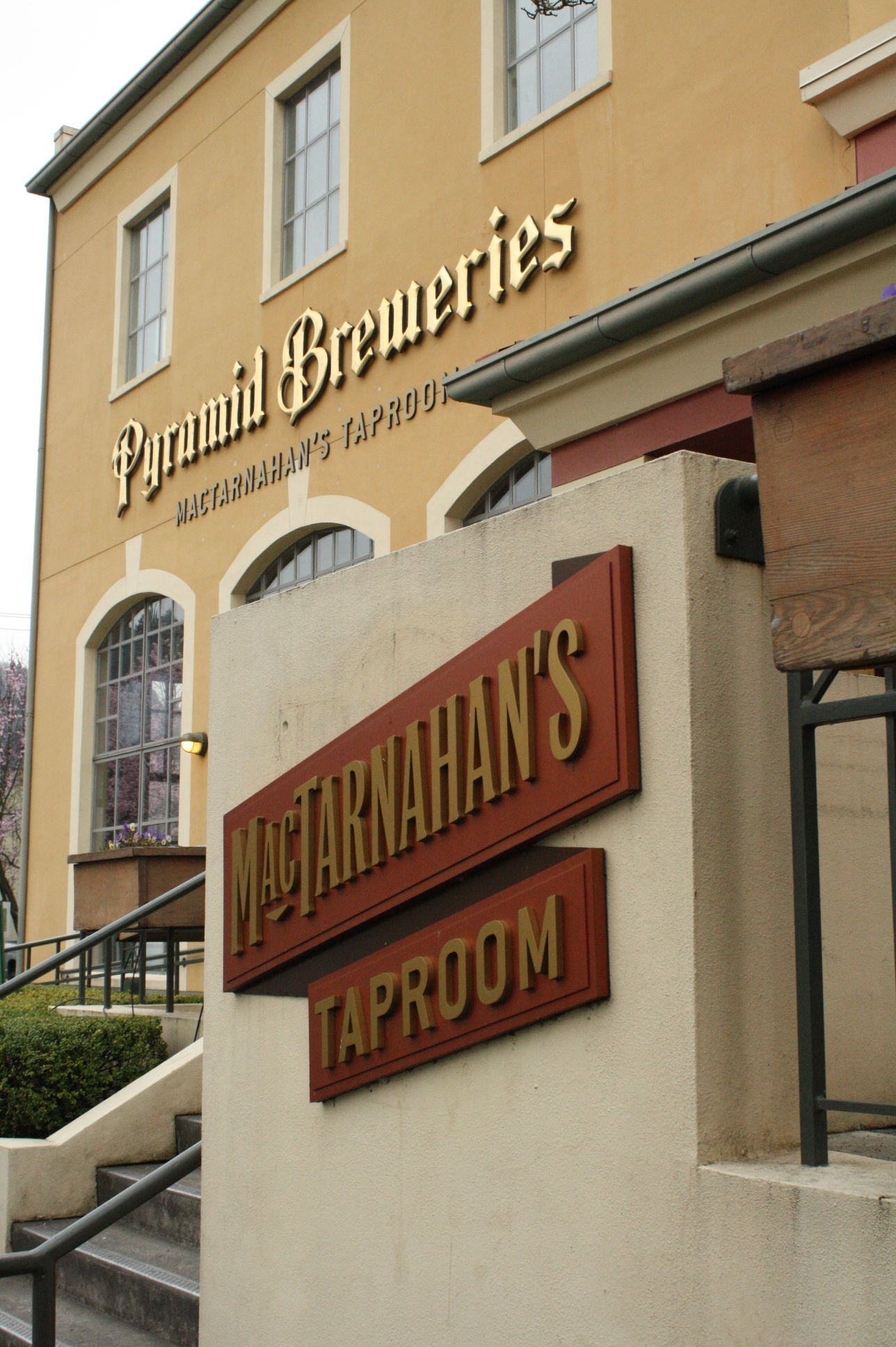 You may have noticed that new Rollick Amber Lager or the new labels or new website, but there’s even more to be excited about. Pyramid and MacTarnahans have new beers coming out of Portland that are magically delicious.

Pyramid Breweries and MacTarnahans of Portland, under the ownership of Magic Hat Brewing Company, is evolving as a more creative brew outfit.  Currently, the brewery has a special taproom-only Saison that might reach shelves in the not too distant future. 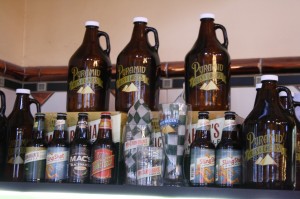 Pyramid’s Portland head brewer Tom Bleigh is excited about the progressive approach of his company of late .  I asked Bleigh about the company’s recent move to produce a Belgian beer.  Has hell frozen over?  “We’re literally in hell, then” he joked “because we’ve done two Belgians in two months.” Bleigh said the company produced two batches of the zesty, estery golden ale.  “We made one with peppercorns to play up the yeast profile.  It’s a part of the R&D going on here.”  It is not yet confirmed, but there’s whispers that an incarnation of the brew could see shelves in 22-ouncers as a part of the Brewers Handle series that was introduced last year with an Imperial Hefe.  Currently the Belgian which was put on tap on Friday at the MacTarnahans Taproom is light 4.7% ABV brew featuring Pilsner malts and spicy noble hops. “With this brew, we are trying to stay true to form, but a little lighter and easy drinking” said Bleigh, who has been working long hours to keep up with production of several Pyramid and McTarnahans brands, as well as some contracts brews including Thomas Kemper Sodas. 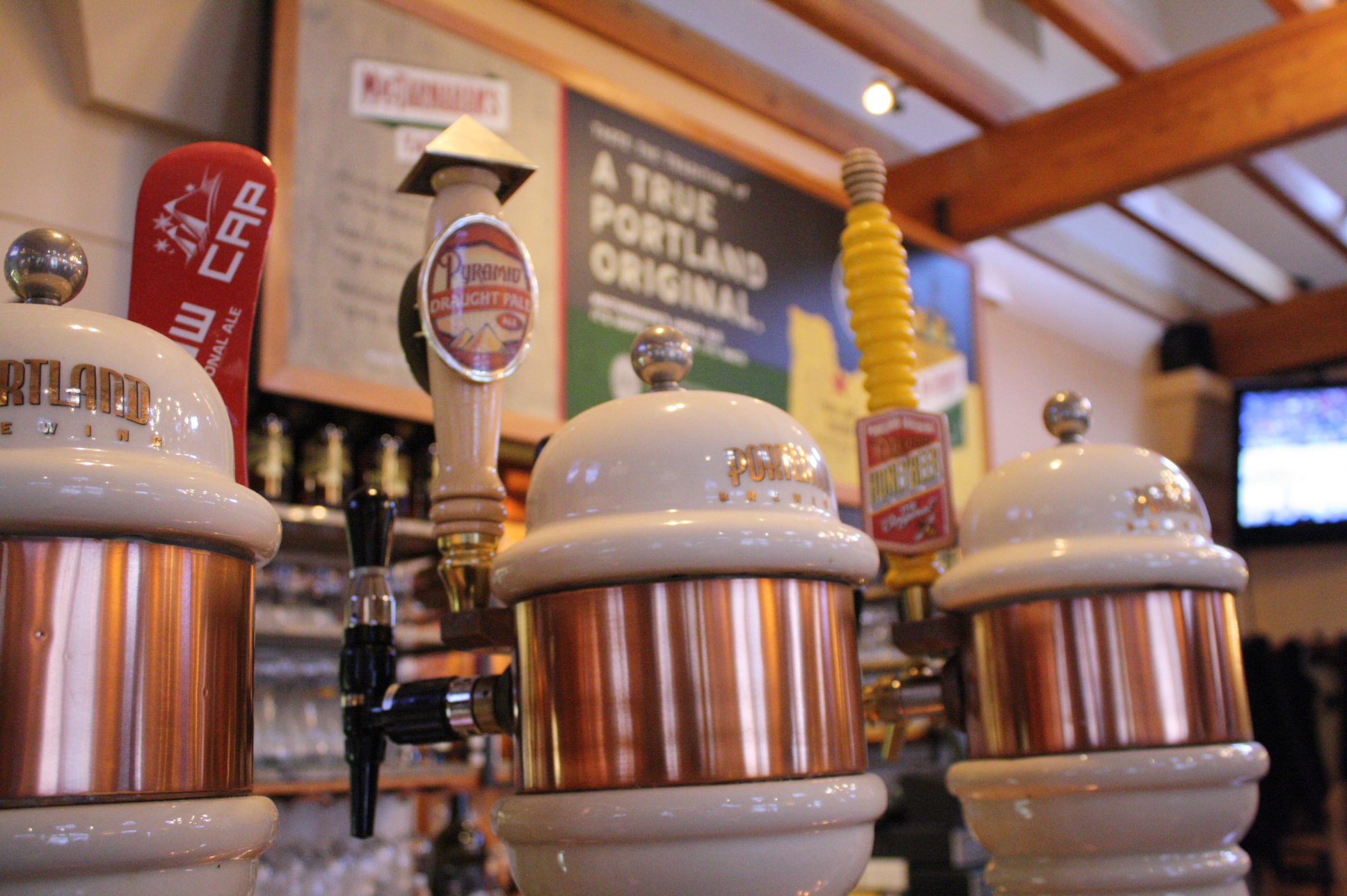 In conjunction with the evolution of Pyramid under the umbrella of Magic Hat, a new florally dry-hopped IPA is scheduled to make an appearance in late spring.  The Summer Grifter IPA will join the Slingshot Extra Pale Ale in Macs seasonal line up.  Pyramid will continue to produce the Thunderhead IPA year round and will employ the Grifter as a welcomed new seasonal with other MacTarnahans brands. “I think we realized that something was missing in Mac’s portfolio” said Bleigh “and this beer makes perfect sense as a seasonal offering.” The Grifter is a citrus-nosed orangy Northwest IPA at 6.2% ABV.  Hopped with Centennials and Cascades, the unfiltered sample we prematurely quaffed off the brites was truly delicious. Though not a complete representation of what the beer will become, we did garner an immediate appreciation for the balanced bouquet nose and greatly balanced malt underpinning. “We wanted nice aromatics and more of an aromatic IPA” explained Bleigh.  “This beer has a nice caramel backbone to play off of.” Grifter also features Chinooks, Cascades and a small amount of Centennials and Chinooks with Cascades and CTZ for aromatics.

These new beers are evidence of the progressive direction that Pyramid Breweries Inc. has been taking since being purchased by Magic Hat. “There’s been a lot going on in a short amount of time” said Bleigh. “Brewers are getting more opportunity to participate in the brewing discussion.” We are very excited as well, and look forward to see what other brews Pyramid and MacTarnahans bring to the table in the future. 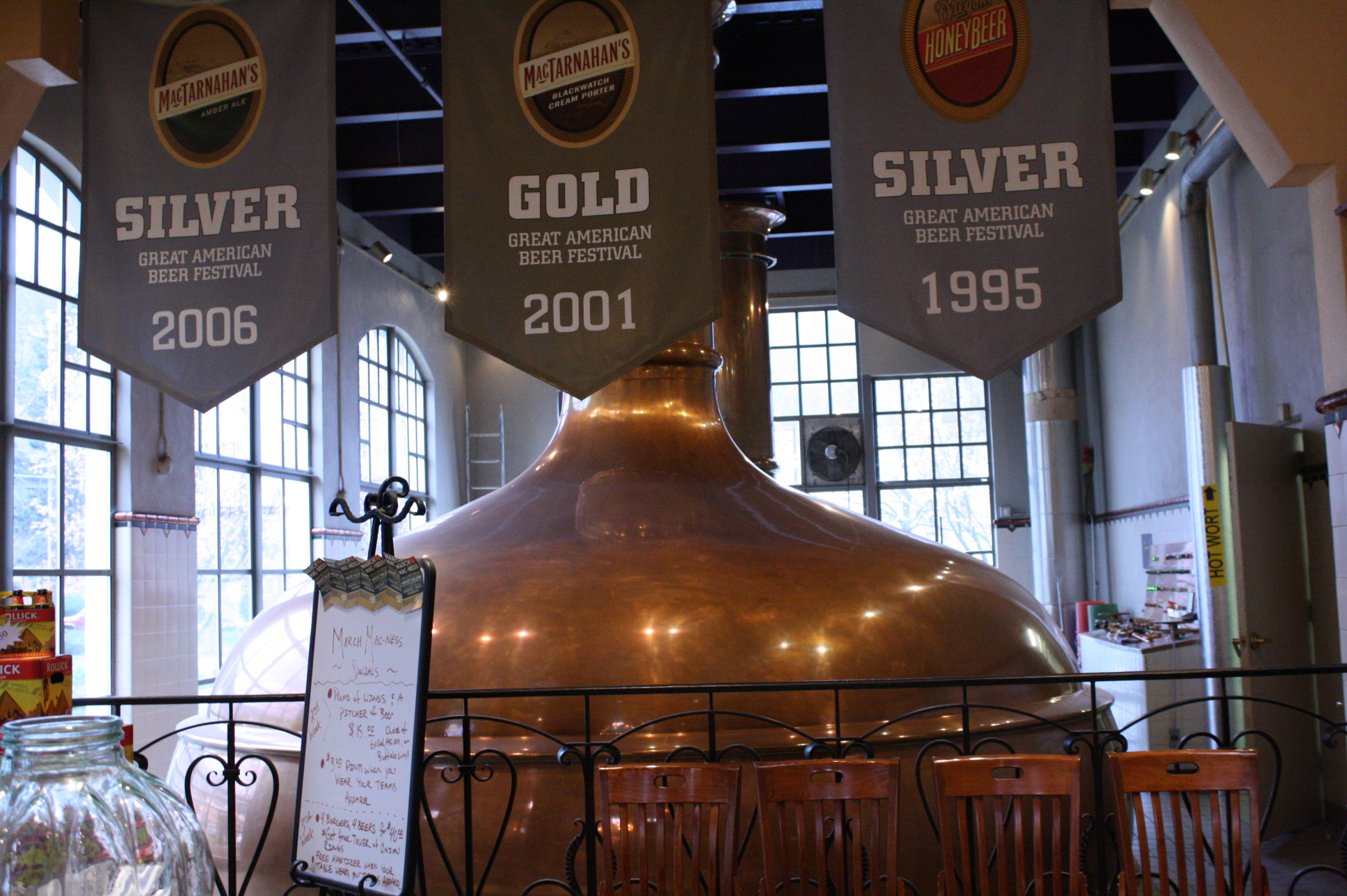 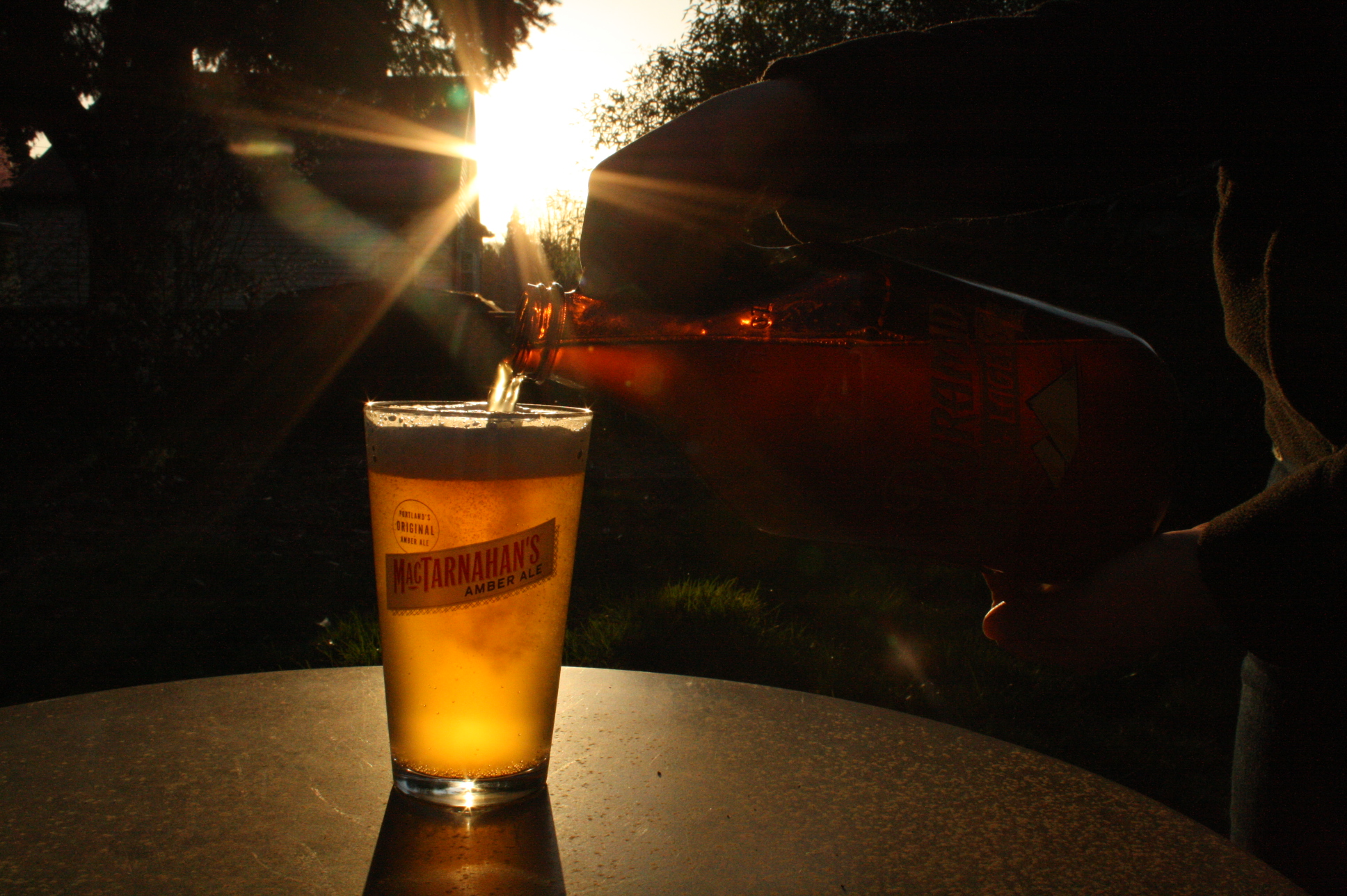 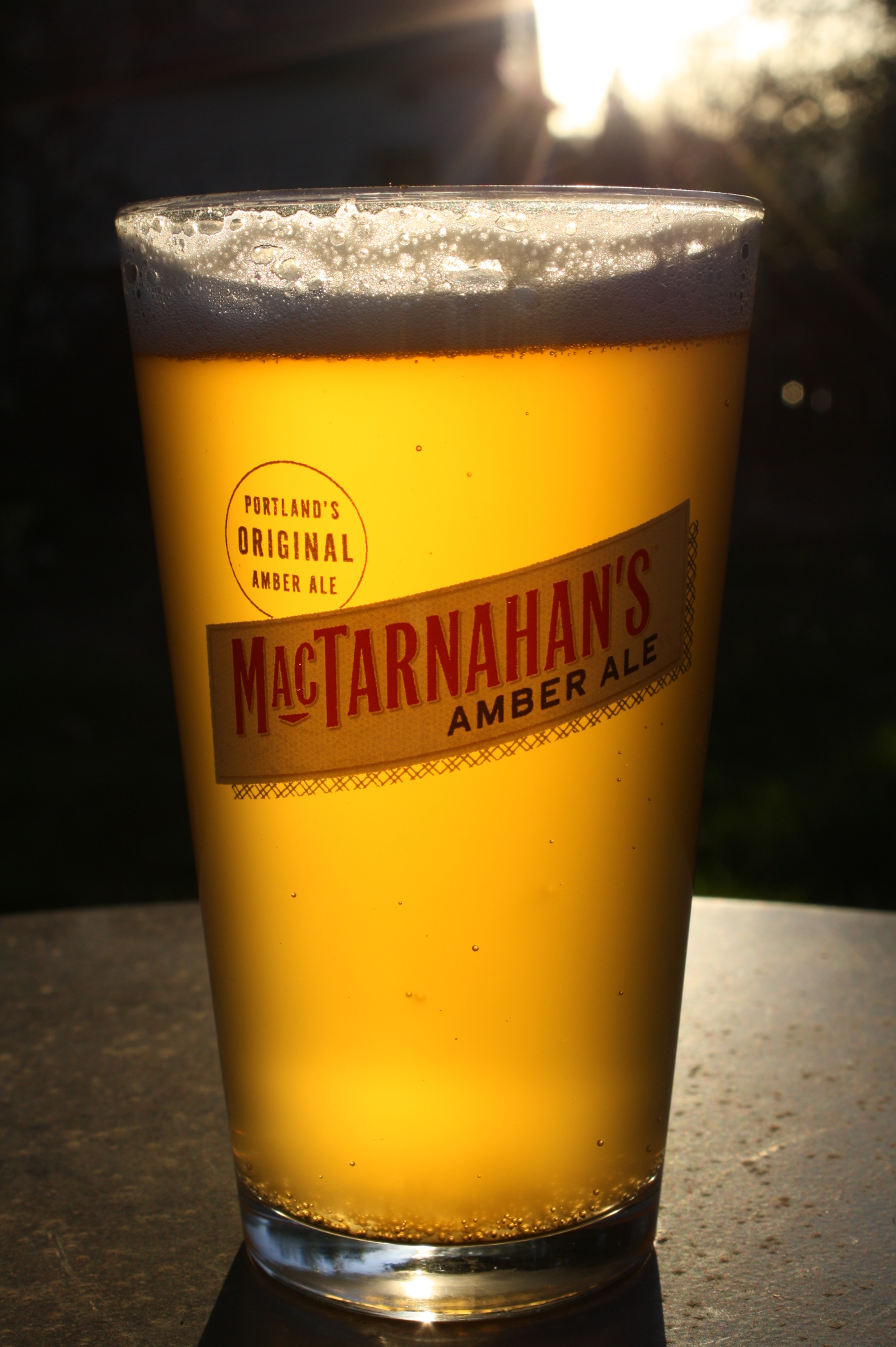