An Exclusive Interview with Brewmaster and Owner Trevor Howard

Hop Valley Brewing is the sole brewery of Springfield, Oregon, the twin city of neighboring Eugene.  The brewery’s brick building has housed many breweries and restaurants including Spencer’s, Sophia’s, and Ninaksi.  Hop Valley is the brainchild of Eugene native Trevor Howard, who is remodeling the space to make it a one-of-a-kind restaurant and brewpub. The young brewer has garnered a wealth of brewing knowledge beginning with his studies in Oregon State University’s fermentation sciences program. While at OSU, Howard was an avid homebrewer and even undertook an internship at Pelican Brewing Company in Pacific City, Oregon. Upon graduating, he broke into professional brewing with Rogue Ales. After a year brewing at Rogue’s Newport, Oregon location, Howard returned to Eugene in 2005 and began brewing at the company’s Eugene City location . His signature Tracktown series brews, including the Honey Orange Wheat and the hardily hopped Three Bills Golden, Triple Jump Pale Ale, 100 Meter Red, and the 200 Meter IPA, remain a hit around Beervana.  Howard left Rogue in December 2008 to follow his dream of running a family brewpub with his father Ron. Pressing to get his pub open and his beers into the hands of thirsty hopheads, Howard spoke with Brewpublic’s Margaret Lut while his beer finished boiling and made its way through the heat exchanger.

Margaret Lut: Your sign out front indicates that you are anticipating opening February 9th, 2009. Do you think you will be ready to open on that date?

Trevor Howard: The beer will definitely be ready by then. We are making a lot of progress on the restaurant side. The way things are moving we should be able to make that date for sure.

ML: What kind of remodeling are you wanting or needing to do to the building/restaurant?

TH: We tore up the carpets and the tiles. We are going to stain the concrete floors in the bar area and the entry way. Also, going to repaint the walls, add signs and extend the bar. We are going to have a pole out back that will be seen from I-5 with the name of the brewery on it. 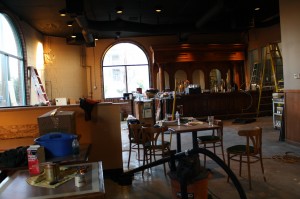 ML: What is your vision for your new brewery?

TH: Just making the kind of beer that I have always wanted to make. Having a place with a good pub atmosphere along with good beer and good people.

ML: What elements learned at Rogue will you be employing at your brewery?

TH: I developed my brewing style and recipe making skills at Eugene City. I have a lot of information to take with me on how to formulate recipes, knowledge of grains and hops. I learned a lot about production brewing at Rogue’s Newport location. While I was there I was brewing on a 45 barrel system which got upgraded to a 100 barrel system. Hopefully I’m rounded enough to make it work over here. 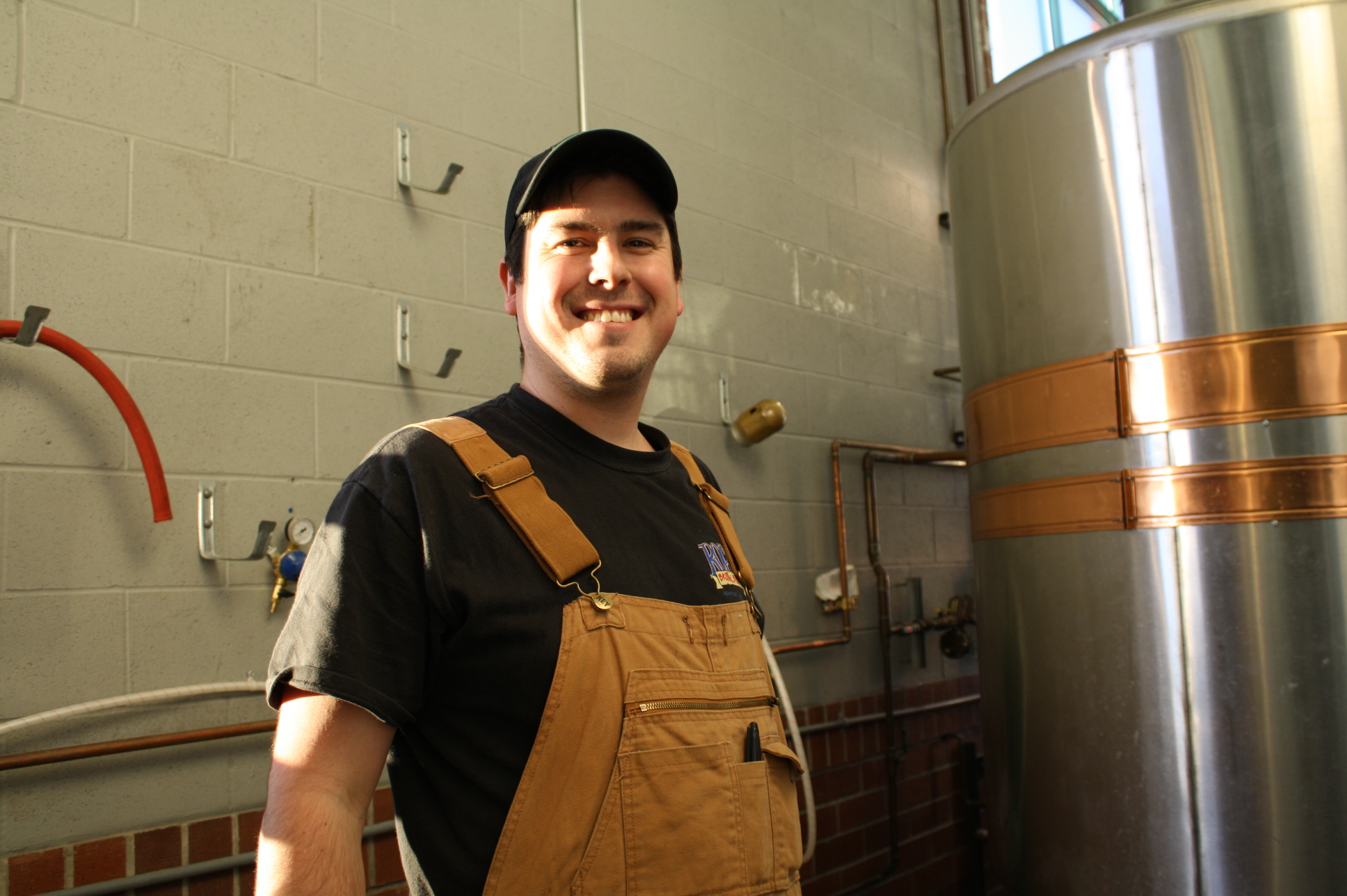 ML: How and when did your interest in brewing start?

TH: My dad home brewed a little when I was a kid so that kind of triggered my interest. In high school I didn’t really know what do but then I heard about this fermentation program and that sounded like a lot of fun. So I went to Oregon State and went for it and I ended up really enjoying it and enjoying home brewing and drinking beer so that is really where it all started.

ML: You are located in the old Sofia’s restaurant building which is where Ninkasi got its start. Did you have to add any equipment to the set up that was here?

TH: It was pretty much all here. I did have to order some bits and pieces, order some hoses, some different little thing to complete it. A heat exchanger is something that we have already ordered, the one we have here does not really work very well. Other than that it was all here, a little dirty, but it all works. 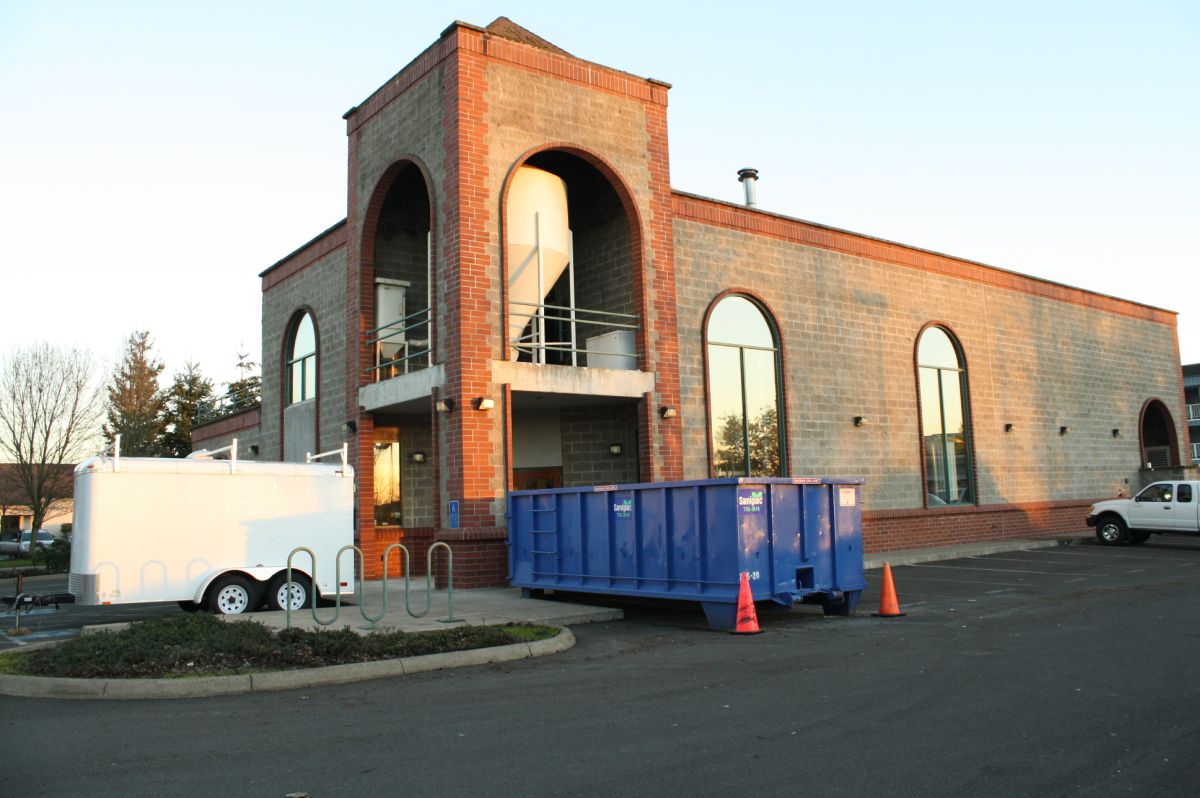 ML: How big is the brewing system?

TH: It is a 15 barrel system so we can do about 30 kegs at a time. We have four fermentors so we can have four beers going at once. We have a pretty big capacity that I think we will meet max pretty quickly.

ML: Any plans to bottle?

TH: We will definitely bottle in the future but not in the near future.

TH: Well, Springfield does not currently have brewing community but now it will. There is a lot of new development in town. With the neighboring apartments and homes, I am hoping to build a unique community here in Springfield. The Eugene brewing community is awesome, it has been really, really good to me. All the brewers in Eugene were very willing to help out and give advice or whatever you need. It has been a great community and everyone is very friendly towards each other. 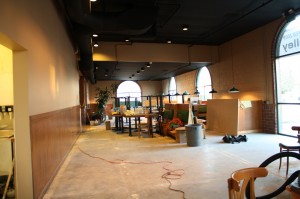 TH: The flagship beer is going to be an IPA which I am brewing today. I’m aiming for 6.5% ABV and 90+ IBUs. The first beer that I brewed here was an American-style hefeweizen. Also, in the fermenting tanks right now I have a pale and an amber. We just got out brewing license 10-days ago so unfortunately there is no beer ready right now.

ML: Will you have your beers available at the KLCC festival?

TH: Unfortunately, since we just got our brewing license ten days ago and we weren’t sure when we would be up and brewing we missed the deadline for getting our beers there. But our opening day will be the Monday after the KLCC festival. However, I will be at the festival and look forward to trying some of the interesting beers that will be there. We will try to get the word out about (Hop Valley) at the fest, too. 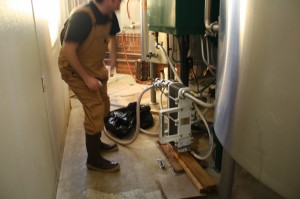 ML: Any specials names you are planning on giving your new beers?

TH: I am still working on that…I can’t give out that information right now.

ML: Any ideas on what kind of seasonals you will be making?

TH: Seasonals are my favorite thing about brewing, especially winter seasonals. So there will be a lot of those. I don’t know what they are going to be yet. We are always going to have our four or five regular beers on tap and then at least one, if not two, seasonals circulating.

ML: What is your favorite style of beer?

TH: Definitely IPAs. But I am also a big fan of stouts and winter ales.

ML: Do you have a beer philosophy?

TH: Brew the kind of beer you like to drink and I think people will enjoy it.

ML: Do you have any beers/breweries/brewers that have inspired you?

TH: When I was in college studying it, it kind of became an idea of this is what I ultimately want to do. Going to work for Rogue and kind of learning the ropes kind of helped it along the way. Then this place came into fruition and it all kind of came together and it all worked out pretty well.

Best of luck, Trevor.  We can’t wait to sip on your hoppilicious brewhas!