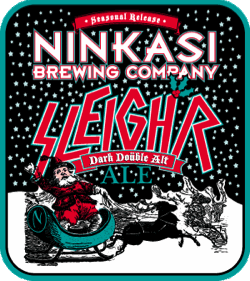 The days are getting shorter and the nights much cooler here in the Pacific Northwest. We’ve been receiving a bit more rain with even more rain on the horizon. It’s definitely time to enjoy some bigger, bolder beers. And Eugene’s Ninkasi Brewing is returning with two of their fan favorites of Sleigh’r Dark Doüble Alt Ale and Imperiale Imperial Stout. These two flavorful beer will be hitting store shelves and on tap at your favorite pub any day now. Each beer will be available in bottles and on-draft through December.

Inspired by the cold winter months, traditional beer styles, blissful days on the mountain, and even a little heavy metal, Sleigh’r Dark Doüble Alt Ale and Imperiale Imperial Stout are the perfect remedy to rock any winter day.

“The motivation for creating Sleigh’r was to make a beer that was different than other Northwest winter beers that feature big hop profiles and rich caramel flavor,” says Jamie Floyd, co-owner and founding brewer of Ninkasi. “We created a malt-forward yet dry, toasty and hardy beer brewed in the traditional German Alt way, only darker.” 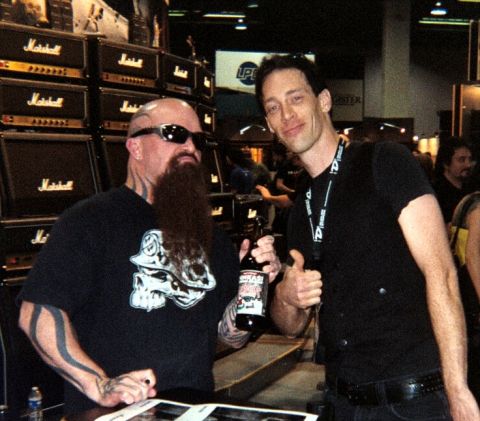 Also offered this winter, Imperiale Imperial Stout is a rich, smooth but warming beer with lots of roasted malt flavor to fight off the winter months. “This is a great beer to have when reading a book in a cozy nook on a cold wintry day,” says Floyd.

Both beers pair well with the hearty foods served during the holidays and the winter months. “These beers make home-cooked meals and big banquets even more memorable.”

Returning once again this winter are Ninkasi variety 4-Packs. Ninkasi invites all craft beer drinkers alike to enjoy a variety of favored Ninkasi offerings, suitable for any winter gathering or celebration with family and friends. The Winter Variety 4-Packs can be found on shelves through December. Sounds like a great stocking stuffer. The Winter Variety 4-Pack will include free beer recipes and a brewing process poster along with one, 22-ounce bottle of:

Description: A delicious Northwest seasonal brewed with winter in mind. A dark doüble alt ale, malty and delicious, it’s sure to keep the winter at bay. And yes, Sleigh’r does rock!

Tasting Notes: An alt ferments with ale yeast at colder lagering temperatures. This effect gives alts a more refined and crisp lager-like flavor than traditional ales. The doüble alt means that it has been “Ninkasified.” Regular alts are 5 to 5.5 percent ABV and 40 IBU’s. Sleigh’r has a deep, toasted malt flavor that finishes dry and has 7.2 percent ABV and 50 IBU’s keeping it in a perfect alt balance!

Tasting Notes: Roasted malt up front, with a smooth and creamy body warming the mouth. Caramel, toffee, molasses and a touch coffee notes are present but unified in one amazingly drinkable beer. Let us bundle you up!