Extreme Beer Fest – Before and after – 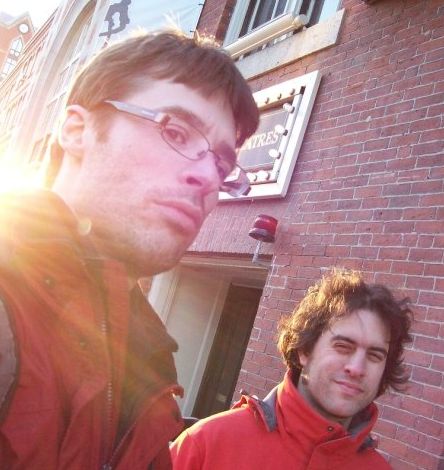 Marc unveils four important stops surrounding the EBF in Boston and tells of an adventure replete with snowbound quaffing and Canadian customs checks.

During our trip to the EBF, we did four majors stops and I would like to share them with you. 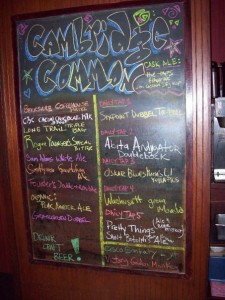 A tap bar randomly chosen on the Internet. About 20 taps, with a large selection of American beers. I’ve been really impressed by the Opa Opa IPA and the Boulder Mojo IPA. The food was great and so on for the service. This place is a little bit far from downtown, but may certainly be reached by subway or bus. It was a perfect starter before the EBF. 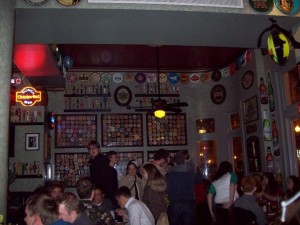 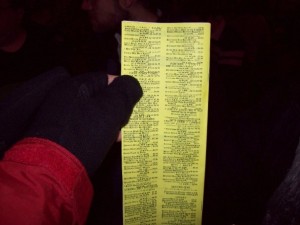 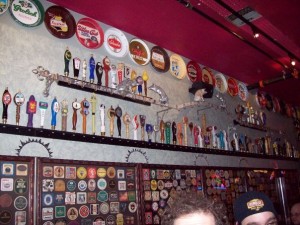 For those who just don’t believe me, look at the beer menu. http://www.allstonsfinest.com/menus/beer_menu.pdf
It is simply not fair that we don’t have places like this in Montréal. If we come back to Boston, we will spend one evening there. Beer is so nice.

The best place I’ve ever seen for beer shopping. Over 1000 different beers. Built as a supermarket, you can shop your favourite beers with a cart and attempt to figure how you will put it all into the car and what you will say at the customs when heading back home. Julio’s is a must and we often make a detour for this huge liquor store. We stocked up on the largest reserves possible before going home. Probably a girl feels the same when she goes into a shoe shop? 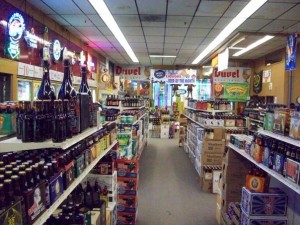 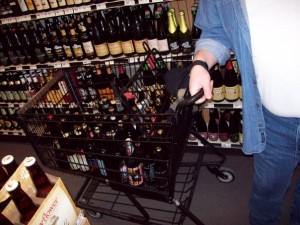 Lost in Vermont’s forests is a city, Waterbury, with a brewpub. For us, it’s a brewpub surrounded by houses. The place is located in the main street, so you just can’t miss it. The Alchemist has a lounge ambiance. The excellent ood offered is cooked with their house-made brews. 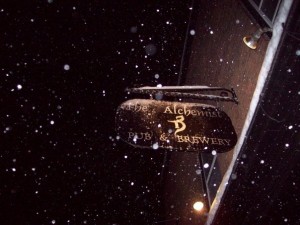 Opening hours are late to allow snowed in tourists like us to wait few hours until the storm subsides a bit. The Alchemist brews the Light Weight, an excellent pale lager with only 15 IBU! Four of us sat at our table, two were home brewers and one abrewer for À la fût microbrewery.  These brewers expressed that they would have been happy to brew a light beer like this one. The double IPA, Holy Moley, was also a sure shot. Knuckle Dragger foreign stout has just enough hop aroma to please. 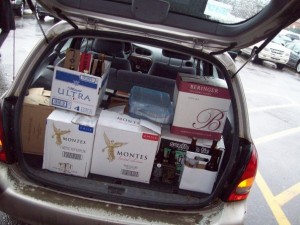 In customs agent’s head, beer importation means a 24-bottle case of Budweiser. So, can you imagine the face of the agent when you cross the border at 1:30 A.M. with four guys with a car loaded with imported beer? When you’re lucky, they just look at you and don’t understand why you’ve decided to bring back so many different bottles. They consider the amount of paperwork and let you go, free as birds.

But four tired guys at 1:30 A.M. looks guilty. We’d been caught! Enter in the office, show all the receipts and pay taxes, again. For 115$ CDN, I paid 21$ of taxes. We’ve been lucky because the agent considered all of our bottles as 341ml… which was far away for all those 750ml bottles. So I saved 20$. It seems that if you can travel, drink beer, you might pay taxes to Big Brother. He is watching us, so let’s be smart with him.