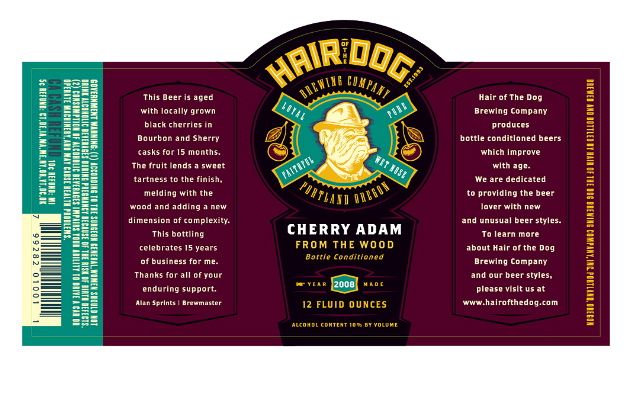 Is there anyone in Portland (or the entire brewniverse) who isn’t completely hyped for this year’s Hair of the Dog November sale?  It’s a time when the production brewery opens its doors to the masses to quaff samples of special HOTD treats and purchase limited quantities of vintage ales. According to founder and brewer Alan Sprints, the 15th Anniversary Sale will feature the release of a new batch of Fred from the Wood, 2008 Doggie Claws and a small amount of Cherry Adam from the Wood.  Says Sprints: “Come join me and my family to celebrate another year. I will have shirts, hats, and some vintage Beers available as well.” 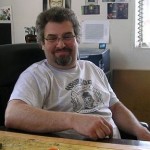 Brewed since 1994, Adam is a recreation of a historic beerstyle. Originally made in Dortmunder, Germany, it was the first beer Sprints produced when he opened Hair of the Dog. Rich in flavor, Adam is best served as a dessert beer. It is great with chocolate or cigars, or just a warm fire and good company. It has 10% alcohol by volume and 50 IBUs. Now in limited quantities, the beer aged in oak barrels with the addition of cherries promises an interesting if not wonderful new complexity.

For more info, go to: http://www.hairofthedog.com

To read a 2007 interview Angelo conducted with Alan Sprint of HOTD, go to: http://angeloregon.diaryland.com/