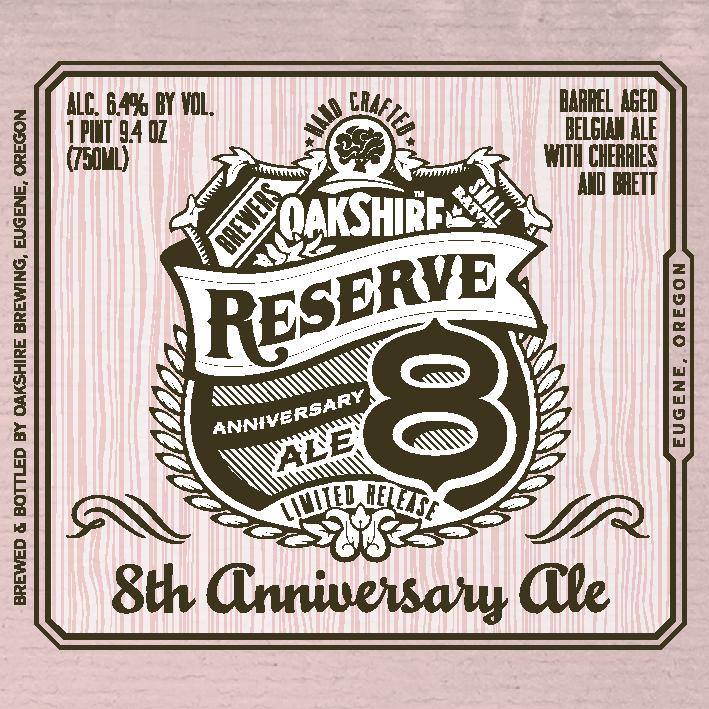 Gearing up to celebrate their 8th Anniversary this weekend is Eugene’s Oakshire Brewing. On Saturday, November 1st, Oakshire will be celebrating their 8th year of brewing at their Public House with a special beer release, Oakshire 8.

As with their past few anniversaries, Oakshire is releasing a rare bottle release to coincide with this milestone. Oakshire 8 is a barrel-aged Belgian-style ale that is brewed with cherries and brettanomyces. On Saturday this limited release will be available on draft and in 750ml cork and cage bottles.

However the release of 8 is not the only event taking place at Oakshire’s Public House on Saturday, the brewery will also be celebrating their homebrewing roots. When brothers Jeff and Chris Althouse founded what is now known as Oakshire Brewing back in 2006 they made this giant leap from their days of homebrewing.

And on this same day its the American Homebrewers Association (AHA) National Learn to Homebrew Day. From 11:00am to 5:00pm members from Eugene’s homebrew club, Cascade Brewers Society will be on hand to demonstrate and discuss the homebrewing process. A variety of brewing methods and associated equipment will be demonstrated, for beginning to advanced brewers. Learn to Homebrew Day is an international event with locations around the world so people can learn how to brew or teach others how to make beer.

Rounding out the event, local homebrew author Denny Conn will be on hand to sell and sign copies of his latest book “Experimental Homebrewing”.