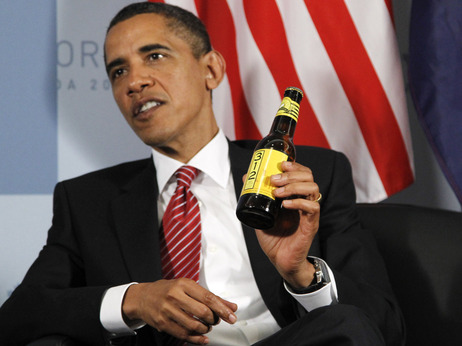 When you’re the President of the United States of America the simplest of tasks and decisions are never easy. It’s as though you can’t even go to the bathroom without someone trying to analyze the outcome. Well, this is understandable since there have been so few who have served as commander of the Free World, a responsibility so daunting and challenging, you’d need not even worry about its tribulations since in all conceivable likelihood, your odds of becoming President are on par with winning the next Mega Millions lotto. 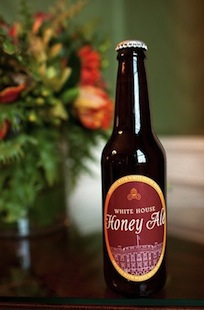 But still, there has been a lot of chatter of late about the President’s choice in beer. And for us who value American companies and craft products, it’s safe to say that Obama’s decisions when it comes to beer have been quite disheartening in many ways. Understandable yes, because drinking the fizzy yellow adjunct-riddled swill owned by foreign multi-nationalist corporations does resonate and reflect the “tastes” of the common American. But then again, so does buying Chinese made trinkets from Wal-Mart. And, yes, to be the leader of the Free World, or even an higher ranking political official in our system, one must play by a set of rules that almost always means getting into bed with Big Business. Bank and automobile maker bailouts are a prime example of how corrupt our system is, so why should our officials show any more class when it comes to what tipple to pursue?

To Mr. Obama’s credit, the 44th President of the USA reported did give a bottle of Goose Island’s 312 Wheat Ale to British Prime Minister David Cameron during the summer of 2010 (even before the brewery sold out to Anheuser-Busch). And let us not forget the White House homebrewed honey ale that was produced under his first term for St. Patrick’s Day of 2011 and is said to be continually concocted on premise. 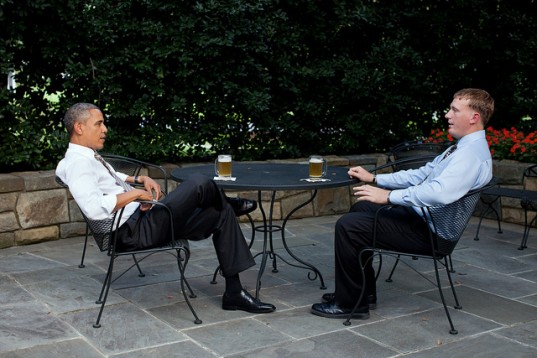 However, the Prez’s choice of beers hasn’t always been so uplifting to us who appreciate craft brewed ales and lagers. The Daily Meal reports that Obama continues to cater to the appeal of lackluster mass-produced beer consumers:

“we now know that Obama is catering to the working class with his beer choice: Miller Lite and Bud. While in Amherst, Ohio, the POTUS sipped on the “All-American” beers while at Ziggy’s Bar. According to marketing consultant Laura Reis, Obama made a safe choice with his domestic beers, saying it was “relatable.” And yes, the bartender at Ziggy’s told MSNBC he didn’t think Obama’s order (two Miller Lites, one for him and one for Ohio Governor Ted Strickland) was set up.”

According to reports from the Daily Meal, the President’s option for beer at Ziggy’s Pub in Amherst, Ohio, upset one local craft beer company. Great Lakes Brewing Company of Cleveland makes some of the best craft beer in the state and it’s a shame that our leader didn’t choose a regionally owned and produced product rather than those owned by ginormous swill makers in Belgium or South Africa. Still, it’s easy to judge others. And, let’s face it, some people are just accustomed to drinking shitty beer. When you’re at the top with the weight of the world on your shoulders, people are always going to be critical of you, but by the same token, when you live in a country with the best craft beer on the planet, the options should never be that difficult. Besides, the craft brewing industry is one of the few in our land that isn’t being so quickly outsourced. At least not yet. Cheers!