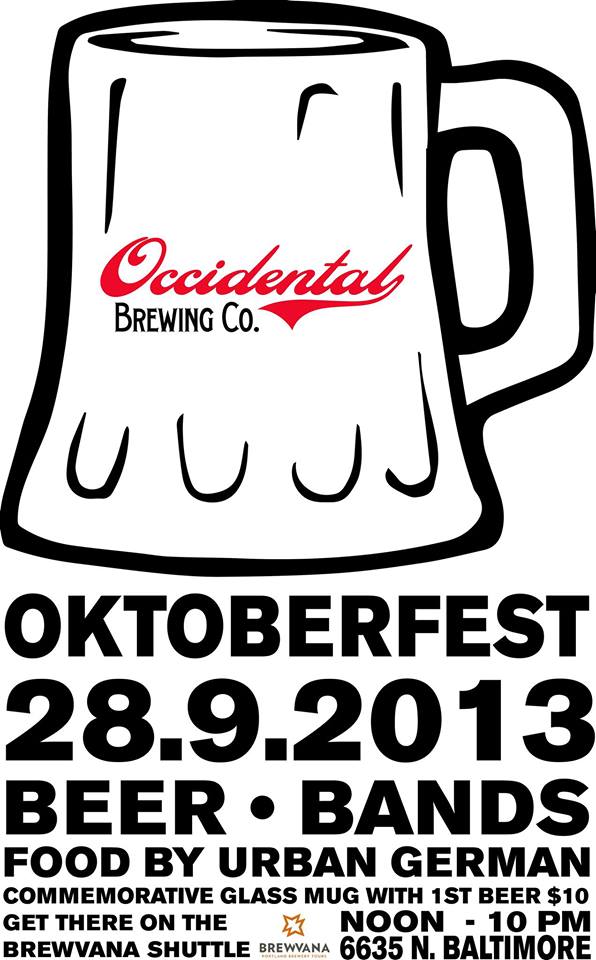 Occidental Brewing Company will host its third annual Oktoberfest on Saturday, September 28 from noon to 10 pm at the brewery. Enjoy great German food from Urban German, good music and of course great beer including Occidental’s 2013 Festbier.

New things that you’ll notice at this years Oktoberfest include:

Hope to see you there!