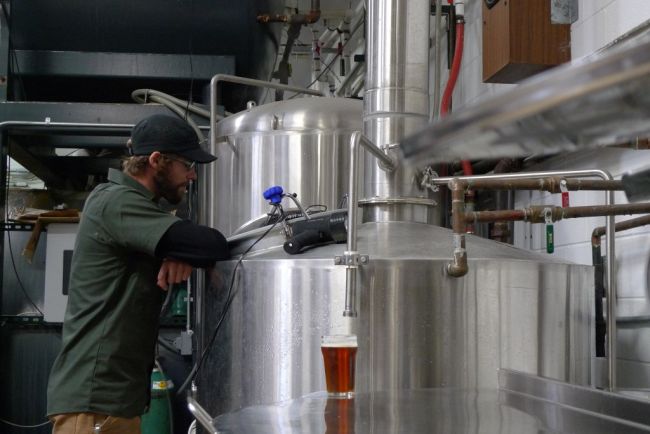 Our trip to the first ever national (some say even international since we had a bloke from the U.K. with us) Beer Bloggers Conference was a terrific experience. During this weekend of learning, sharing, and quaffing bloggers and industry folk congregated to extend our scope in a multifaceted effort to nurture and cultivate skills within our trade. Earlier we listed some of the highlights of the weekend, and undoubtedly, one of the pinnacles was trying new beer and acquainting ourselves with the folks who facilitate many palatable offerings. One particular noteworthy encounter was getting to sample some new to market releases like Breckenridge Brewery’s Christmas Ale, Stone Brewing’s Lukcy Bastartd Ale, and Odell Brewing’s Double Black IPA (Cascadian Dark Ale to those in the Pacific Northwest region). During a speed blogging event, we met many talented and impassioned reps and brewers. One of these good folks was Odell brewer Joe Mohrfeld.

Following the conference, we extended our stay in Colorado and ventured north to Fort Collins, an oasis for artisan beer. Here we encountered first hand the Odell’s Brewery where Mohrfeld exercises his skills in the trade on a regular basis. We caught up with the brewer to learn more about the beer he helps create and to put some perspective on the daily goings-on of Odell’s.

Joe Mohrfeld: The pilot and co-pilot trays are a way to show off our pilot system and the creativity of our brewers. The co-pilot tray is often made up of more rare beers we have pulled from our barrel program or stronger styles. But… Essentially we use these trays to show of who are as brewers. 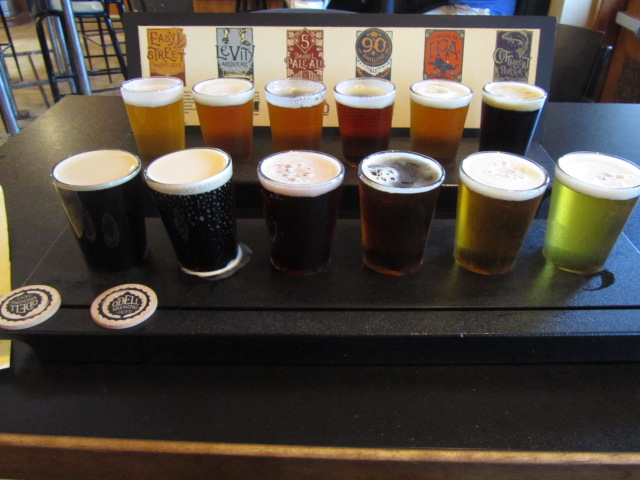 We enjoyed at the tasting room a Brett Porter. Does the brewery make very many Brettanomyces or sour beers? How big is this program at the brewery?

JM: The Wild and Sour program has produced highly regarded beers like Saboteur and Deconstruction and the upcoming Avant Peche and Friek on a larger production scale and has produced a number of limited release offerings for the tap room. We are always experimenting with new wild yeasts and different barrels and this past year we added a dedicated barrel room that has allowed our sour and wild program to be properly handled and isolated so we can control the process and learn more from each barrel and yeast. 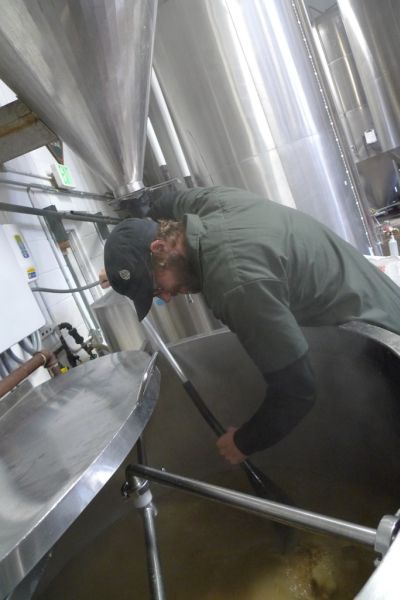 What kind of wood barrels does the brewery use? Tell us a little about the barreling program.

JM: The Woodcut series was started about three years ago and we have produced four extremely limited offerings. We started the program because of inspiration we received from a small brewery in Portland, Hair of the Dog, playing around with virgin oak, but we hadn’t came across a brewery aging beer in virgin oak on a production scale and we were very excited by the characteristics that this process may contribute to a beer. We have since been able to work with Canton Cooperage to acquire a specific toast of oak that we use for our woodcut series that lends a very unique dried fruit character. Each Woodcut is a unique beer but the constant variable is that we age each beer in our specified toast of American Oak until we as brewers decide the beer has passed our deliciousness test.

On tap there is a beer made with beets (Mad Farmer). Where did the inspiration come from for this beer?

JM: The inspiration for Mad Farmer (the beet beer) comes from Zach our Quality Czar. He is a “Mad Farmer” at heart and friends with a number of local farmers, including Native Hill Organic Farms, where the beets came from, and has brewed a beet beer the last two years at Odell during the beet harvest.

Could you give us some background information on yourself? What is your role at Odell’s? How long have you worked at the brewery? 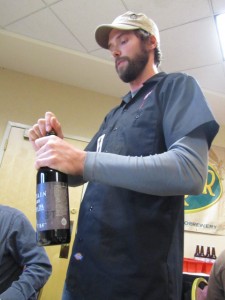 JM: Like many people with an M.A. and a degree in philosophy, along with a degree in Brewing Science, I naturally became a brewer. I have been working with the brewery for the past two years and have worked in most aspects of production, including packaging, cellar and brewhouse. Like many craft brewers I participate in a number of roles as a brewer, including: brewer (brewhouse and cellar), product development, barrel aging, firkin guy, brewhouse communicator, etc, etc, etc.

Also, (we covered some of this in our previous article about Odell’s) could you provide some brief info about the brewery? How many brewers are there? What is the annual production?

JM: We were started in 1989 by Doug Odell, his wife Wynne and his sister Corkie and have grown over the past 21 years to a 48,000 bbl brewery. We are focused on a sustainable growth model and look to grow at a rate that we deem appropriate without sacrificing the quality of our beer. We have a team seven brewers managed by our kick ass production manager, as well as a QA Czar, a lab tech, nine hardworking packaging workers, and four warehouse workers that work together to make delicious beer!

Thanks Joe, we hope folks reading this will make the trip to Odell’s Brewery in Fort Collins to try some of your amazing brews! 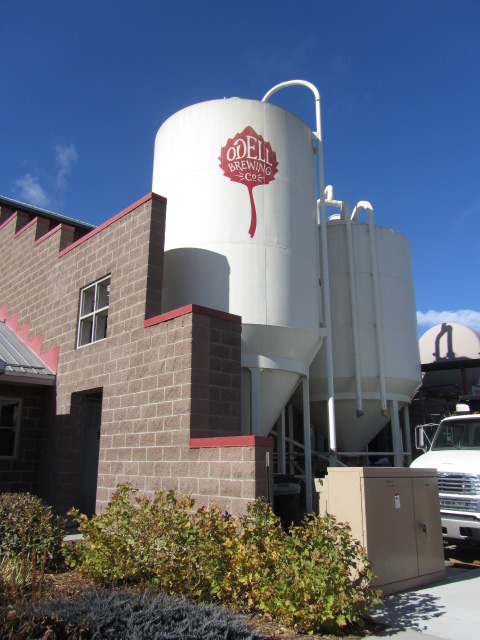