Colorado’s Oskar Blues Brewery has re-entered the Idaho Craft Beer Market by partnering with Boise’s CSB Craig Stein Beverage. This reentry into Idaho is a big victory for Oskar Blues who recently opened their new 2nd brewery in Brevard, NC, just outside of the Asheville, NC in the Blue Ridge Mountains. This new partnership represents a victory for Oskar Blues & Idaho craft beer lovers after seeing Oskar Blues pull beer out of the state as demand outpaced supply during 2011.

“The bike scene and single track along with Payette, Boise and Salmon River access reminds us of why we brew beer in Lyons, CO & Brevard, NC and we started canning beer in 2002.  It’s a great fit for our passion for the outdoors and complex craft beer-in-a-can” says Oskar Blues founder Dale Katechis.

The Oskar Blues launch kicked off on January 14th by building on and off premise distribution and events with the full line-up of craft CAN packages and award winning draft offerings of Dale’s Pale Ale, Mama’s Little Yella Pils and Old Chub Scotch Ale.  Extended draft offerings are set to follow in the spring of 2014. Below is a list of events taking place over the next couple of days. 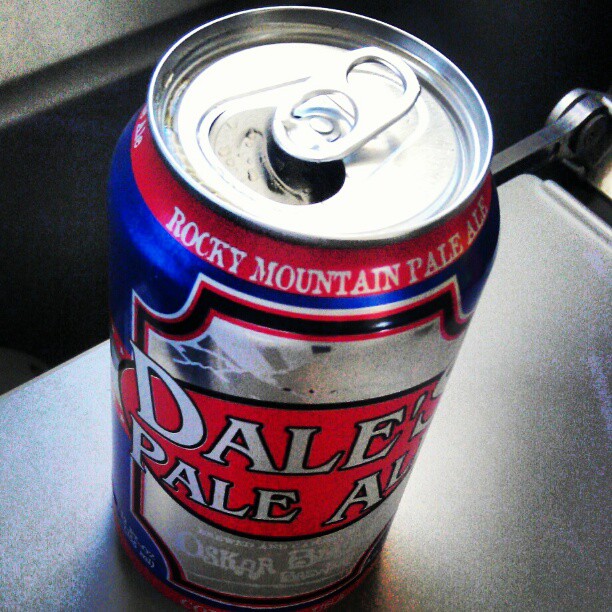 Oskar Blues Brewery packaged 59,000 bbls in 2011 and doubled that production in just two years, reaching over 119,000 bbls in 2013.  That growth has been fueled by the addition of the second Tasty Weasel Taproom and Brevard, NC, brewery in the hills of Pisgah National Forrest, which began brewing in December 2012.  The Oskar Blues Brevard Brewery shipped more than 46,000 bbls in their first year of operation as East Coast distribution grew throughout the year.

The reintroduction follows additional 2013 Oskar Blues distribution in Central California and a new market launch in Indiana where Kroger is seeing increasing success with Oskar Blues brands.  2014 will see Oskar Blues increase distribution in a handful of new states including Minnesota, Delaware, Kansas, Nevada and increased coverage in Southern Alabama.

About Oskar Blues Brewery
Founded as a brewpub by Dale Katechis in 1997, Oskar Blues Brewery launched the original craft beer-in-a-can with Dale’s Pale Ale in 2002 using a tabletop machine that sealed one can at a time. In 2008, the makers of the top-selling pale ale in ColoRADo moved into a 35,000-square-foot facility in Longmont, ColoRADo. The brewery has since experienced explosive growth—packaging 59,000 barrels of beer in 2011 and 86,750 barrels in 2012. In December of 2012, Oskar Blues opened the doors to an additional brewery in Brevard, North Carolina. Together, the breweries packaged over 119,000 barrels of beer in 2013, distributing its trailblazing craft brews to 32 U.S. states.