I had a wonderful week in Portland and I decided to achieve it with another beer trip. To access it, you need a boarding pass and an ID. There is no surprise here because everybody did ask for my ID. I’m talking of the PDX airport. 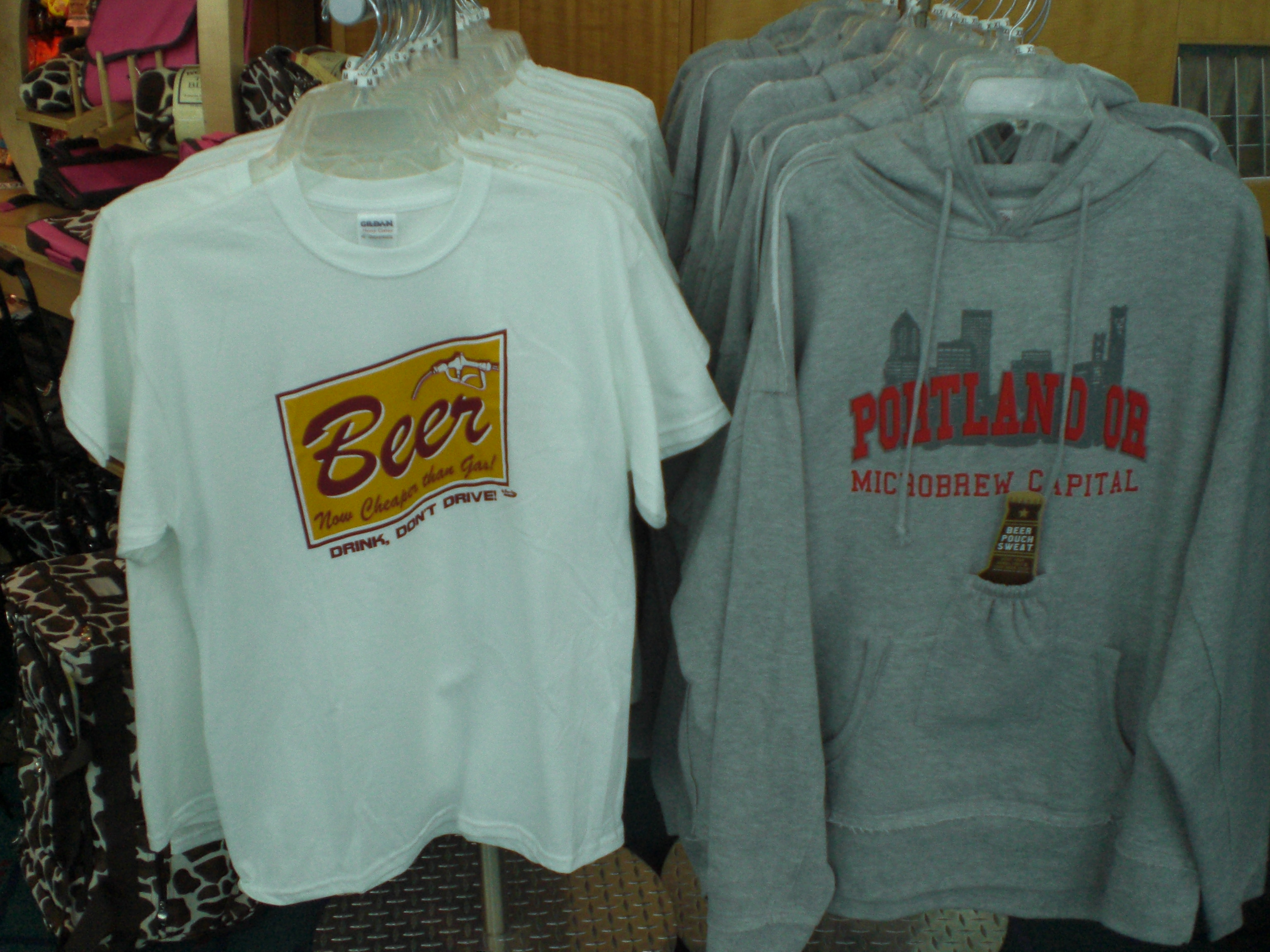 Let’s have a quick beer tour before getting back home to Saint-Hyacinthe, just to be sure that even people leaving this town might keep a good souvenir of Portland’s brews.

The Rose City Cafe: My surprise is that Deschutes owns three taps (Obsidian, porter, pale ale). Bridgeport owns two (ipa, blue heron) taps and sells the hop harvest in bottles. They also have a double red from Ninkasi, with a good caramel taste.

Stanford’s do offer the same beers. The waiter understands my quest and proposed me a Ninkasi Summer Ale, only available at this bar, to enlarge my previous tasting. You will find there a good beer selection if you consider that you’re in an airport.

I was expecting good brews from Rogue brewery, but it was deeply closed at 9:00 PM. Unbelievable. I’ve been very disappointed about it because behind the boarding gate, Laurelwood was now the only brewery available. I had their expensive tasting tray, but didn’t enjoy it that much. Please note that this is my personal opinion.

After all, you’re supposed to use the airport to travel, not as a bar. I can propose you a good destination if you have an interest for the beer. It is called Portland. You won’t just believe it!