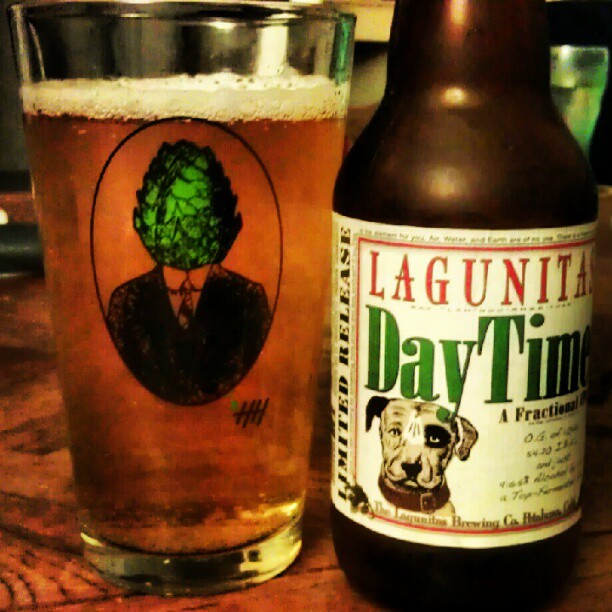 Those with a desire for bold aromatic hop flavors can enjoy a number of the new limited release IPAs from The Lagunitas Brewing Company of Petaluma, CA without getting too messed up. Day Time – A Fractional IPA (Is that ridiculous or what..?!), released in August, provides a complex crisp and fruity/floral character atop a mild sessionable 4.65% ABV spine (FYI O.G. of 1.042, 54.20 IBU). Look for this delicious new offering

Here’s what Lagunitas has to say about their latest hoppy treat:

Sometimes you want a beer, then you realize how much crap you need to do before you call it a day. This is it. Nicely dosed with Big, Round Hop Flavors and a Toasty Malt Foundation to satisfy your every need. But it still lets you stay in the game to do what needs to be done. Yup.ABV: 4.65%

And here’s a transcription of what is written on the bottle:

Have ya been jonesing for something more primal and less evolved? If so, Fire is the element for you. Air, Water, and Earth are of no use. There is a freedom in burning down the house of fixed realities and it confers an undeniable lightness of being.