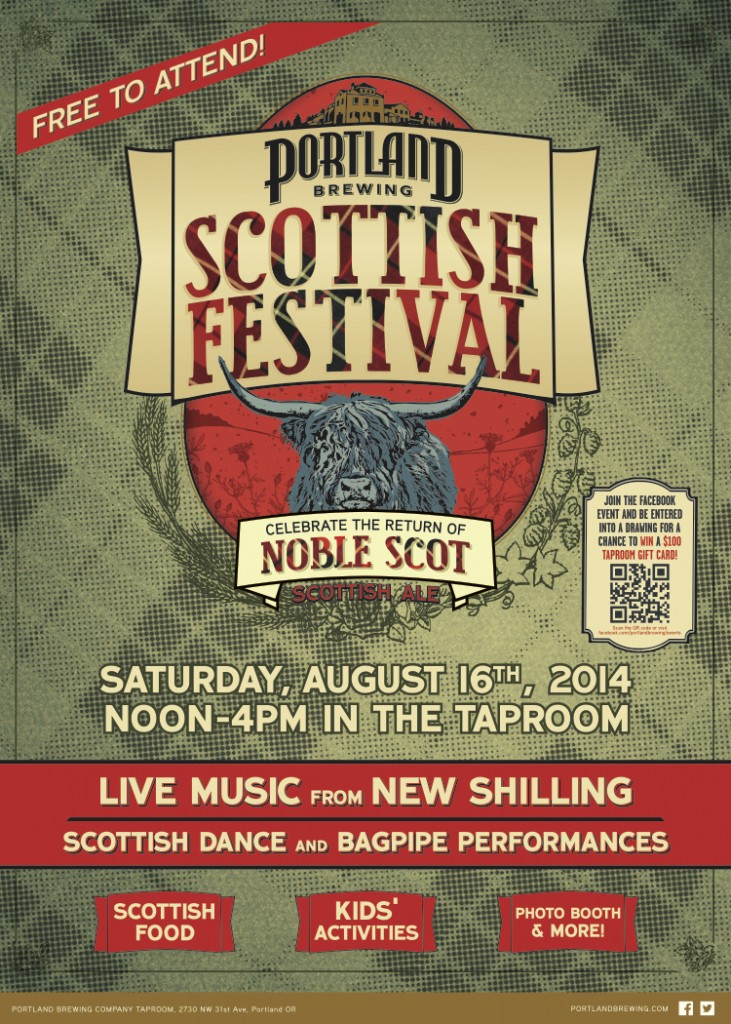 Once again this year Portland Brewing will be hosting their Scottish Festival and Noble Scot Scottish Ale release at their lovely taproom in far Northwest Portland on Saturday, August 16th. Taking place from Noon to 4:oopm, this afternoon at Portland Brewing will feature many Scottish themed events including Scottish food, Scottish dance, bagpipe performances and most importantly the return of their fall seasonal, Noble Scot.

The complete list of activities will feature the following:

The event will be held inside the Taproom and is free to attend and all ages are welcome.

RSVP to the Facebook Event for a chance to win a $100 Taproom Gift Card. Good for beer, food, or merchandise at the Taproom. Winner will be announced during the festival at 3 p.m. Must be present to win.