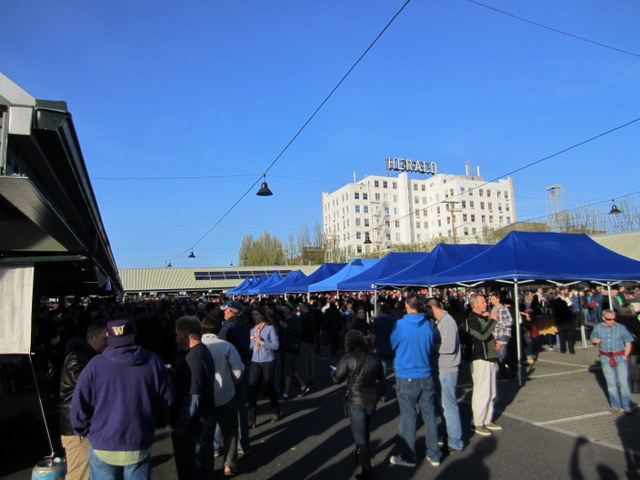 For this edition of PSBA we’d liked to share a little about a great beer festival that we attended back at the end of April.  It’s held on the last Saturday of every April up in beautiful Bellingham, WA.  The name of this great brewfest fundraising event is April Brews Day.  The brewfest is the main fundraising activity for the Max Higbee Center, which is also located in Bellingham.

This year marked the festival’s 10-year anniversary, and it has grown in size and popularity every one of those years.  It was originally help founded by Boundary Bay Brewing’s owners Ed Bennet and Janet Lightner.  With their help, Bobbi Vollendorff and Pam Trehorst, also of the center, started this successful fundraiser and beloved tradition in the North Puget Sound area. 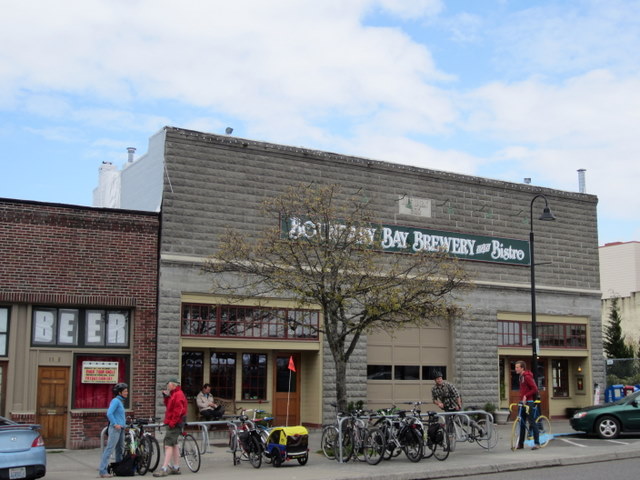 The festival’s location is the Depot Market Square, which is the same spot as the Bellingham Farmer’s Market, and also conveniently located across the street from Boundary Bay. 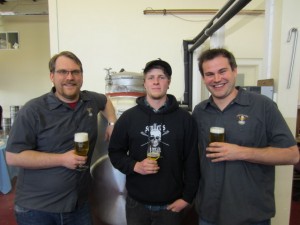 As Saturday afternoon approached many beer lovers around town were abuzz with talk of the brewfest as you could overhear people asking each other if they were going or not.  That got us pretty anxious, but before the brewfest started we were able to attend a great ‘meet and greet’ hosted by the Kempers at their wonderful Chuckanut Brewery.  So a few hours before the main event we headed over and got a chance to talk to a few of the brewers who were going to be serving up some fine brews later that day.  Some of the brewers at the meet and greet included those from North Fork, Boundary Bay, Dick’s, Skagit River, Foggy Noggin’, Slip Point, and of course Chuckanut.  It provided us with a great time to chat with the brewers about the beers they brought and some of their latest brews, all of this while enjoying a delicious glass of Chuckanut Pilsner in their high-tech brewery.  We were also able to meet the Max Higbee Center Founders, Pam and Bobbi, and really saw how enthusiastic they were about the brewfest.  They were very excited to get over to the market square and get it rolling as they were hosting more breweries than ever before and the weather was shaping up nicely for a great festival night. 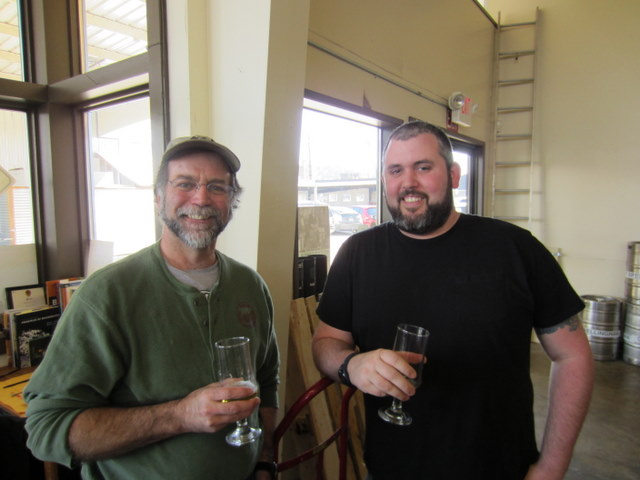 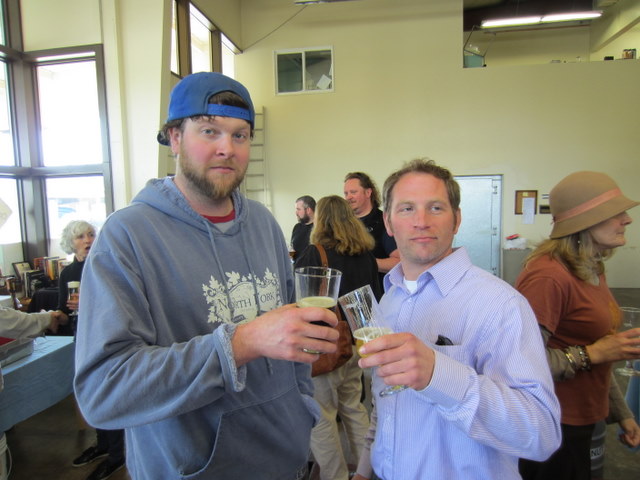 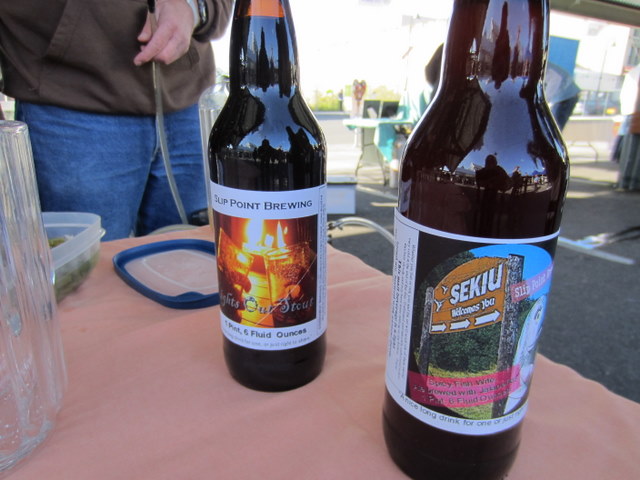 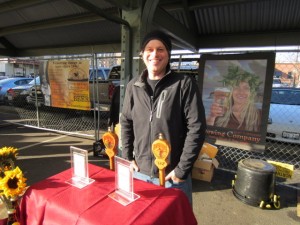 We decided to head over a little early to take a look at the transition from farmer’s market to brew festival as the executive director of the Max Higbee Center and coordinator of the brewfest, April McMurry, got the volunteers organized and made quick work of the setup.  Before we knew it was time to head in and get to the main event, tasting beer.  Fortunately we were able to get in during the VIP hour (thank you April!) where the crowd was still semi-sparse, as it allowed us to chat with some of the other brewery representatives that weren’t at the meet and greet.  As for the sampling we mostly went for some new and unfamiliar brews, some of 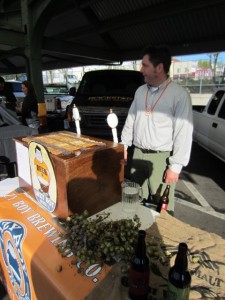 which were from breweries entirely new to us.  One in particular, which also won a People’s Choice award was Old Schoolhouse Brewing’s (of Winthrop, WA) “Ruud Awakening IPA.”  It’s a big IPA with a high IBU which really got things kicked off right.  We also sampled a great IPA from Port Townsend brewing, which in my humble opinion might have been the best beer I tasted that day.  Some of the other breweries in attendance with great beers included Elysian with their new Prometheus IPA, Lazy Boy and their Anniversary IPA, which was awarded 3rd place overall by the judges, Dick’s ever popular Double Danger, another People’s Choice winner, and Maritime Pacific’s Double IPA.  There were many more great brews of course, including a few Oregon brews from Ninkasi and Widmer. 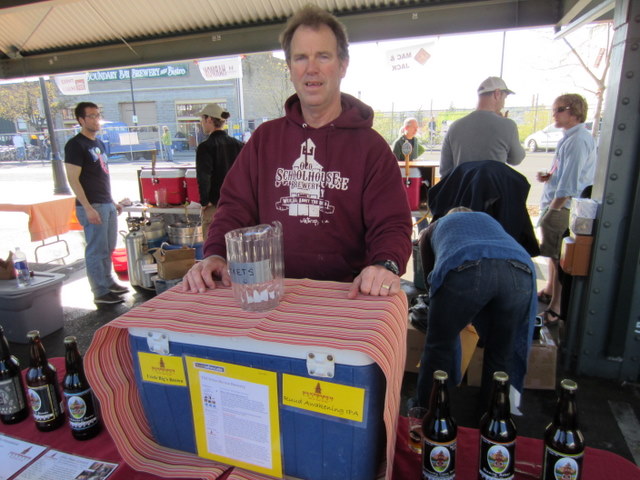 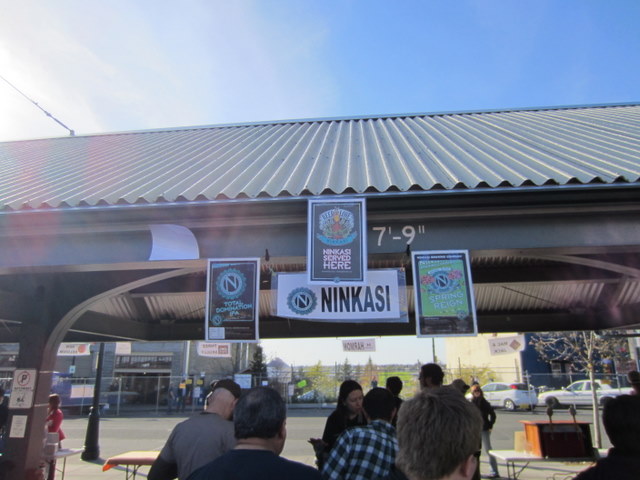 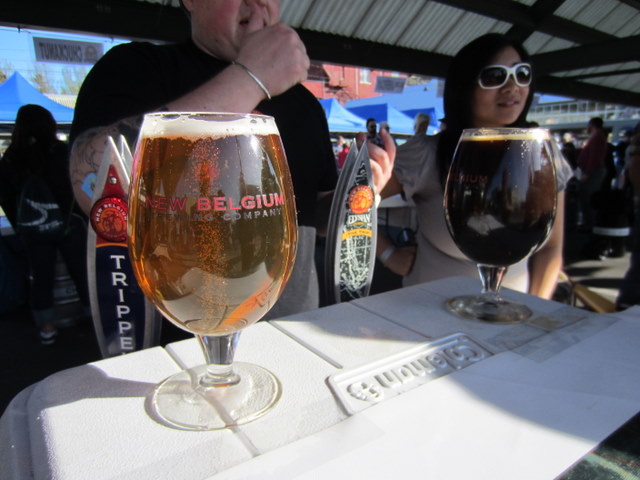 After winding down the tasting and hen the next hour came to a close this brew fest really showed how popular it has become.  It was quickly filled to capacity with Pacific Northwest beer lovers and was once again a huge success.  It just goes to show how much the craft beer movement has grown throughout wonderful Cascadia as we continue to find great new brews and even great new brew festivals. 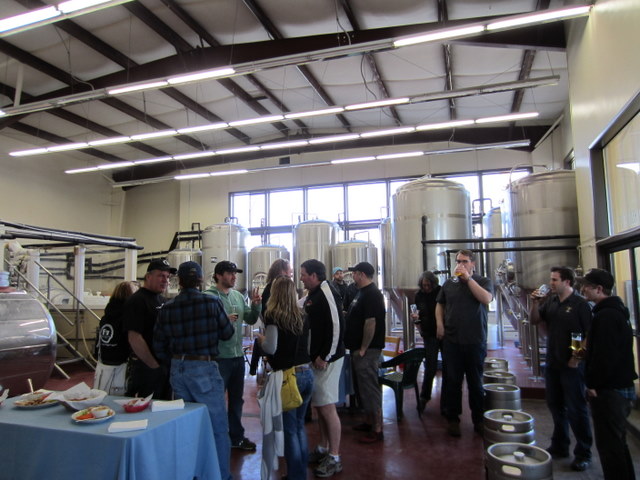