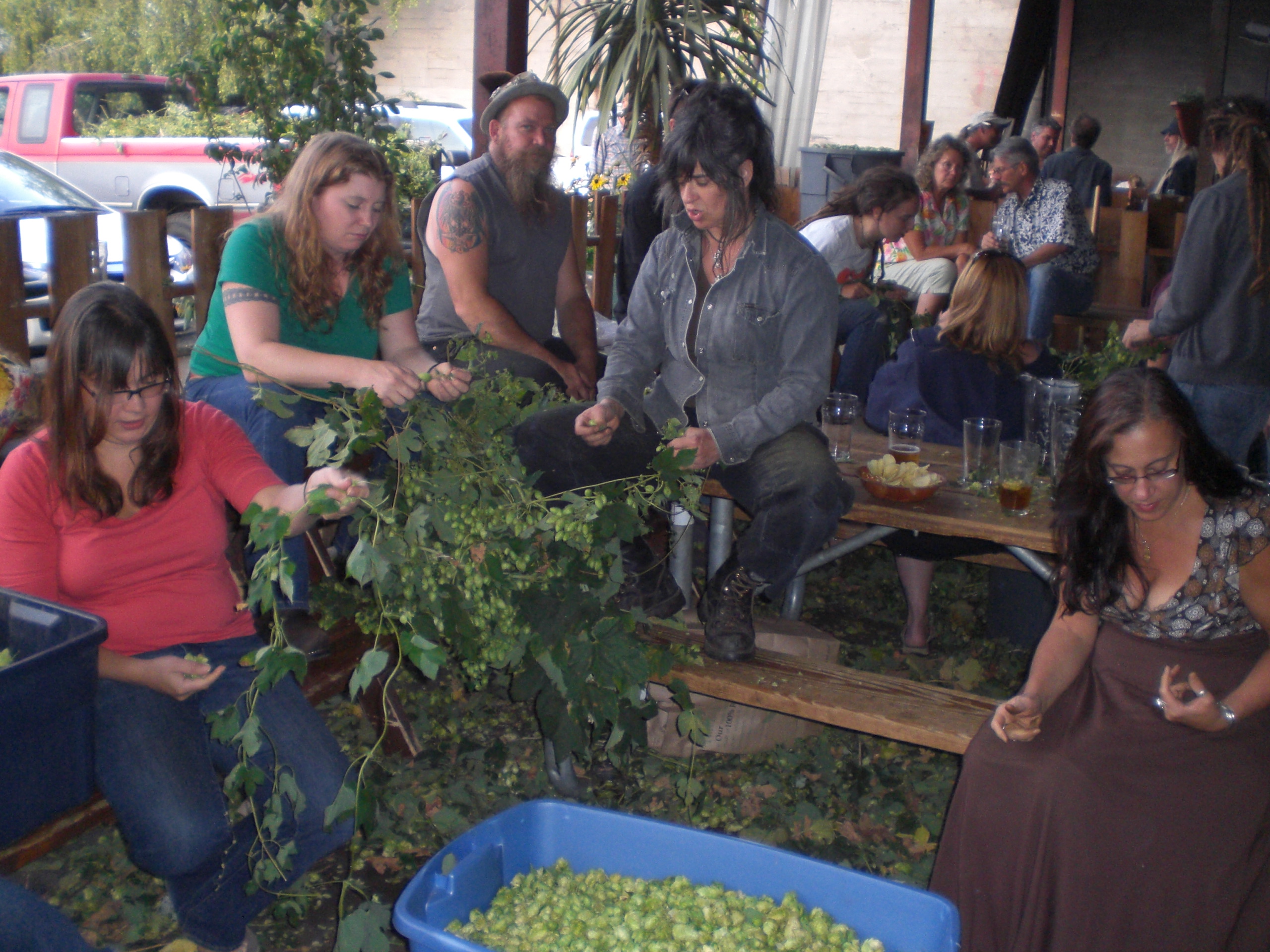 Once again it is September and this means the curtain is drawing closed on summer and the hops are ripe for the pickin’. At the Lucky Labrador, the annual Mutt Hops Pickin’ event was underway with a greater turn out than ever before. People from the community and friends of the Lucky Lab hauled in their homegrown bines to share not only in the labor and its fruits, but in an atmosphere of community and friendship at the heart of craft beer. 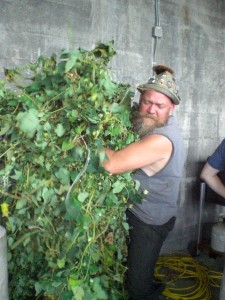 Folks like Daniel Klug make the event what it is today by showing up and selflessly contributing to an environment that has maintained Lucky Lab as a true public house where house made beer flows to dedicated patrons. Klug, an ornamental iron worker and traditional blacksmith began helping with the picking ceremony eight years ago when his business White Hart Forge was a stone’s throw away from the Hawthorne pub. Today, he works eight miles south of the pub but remains loyal to the semblance of local color that continues to define the event. “It’s as much about the people and the friendships as it is about the beer and the hops” says Klug. Like Klug, Lucky Lab brewer Ben Flerchinger carries much of the same sentiment. “I love it.” he says. “(The picking event) is awesome. It’s a very community-oriented event. People know each other and those who don’t make new friends. It brings the community together.” 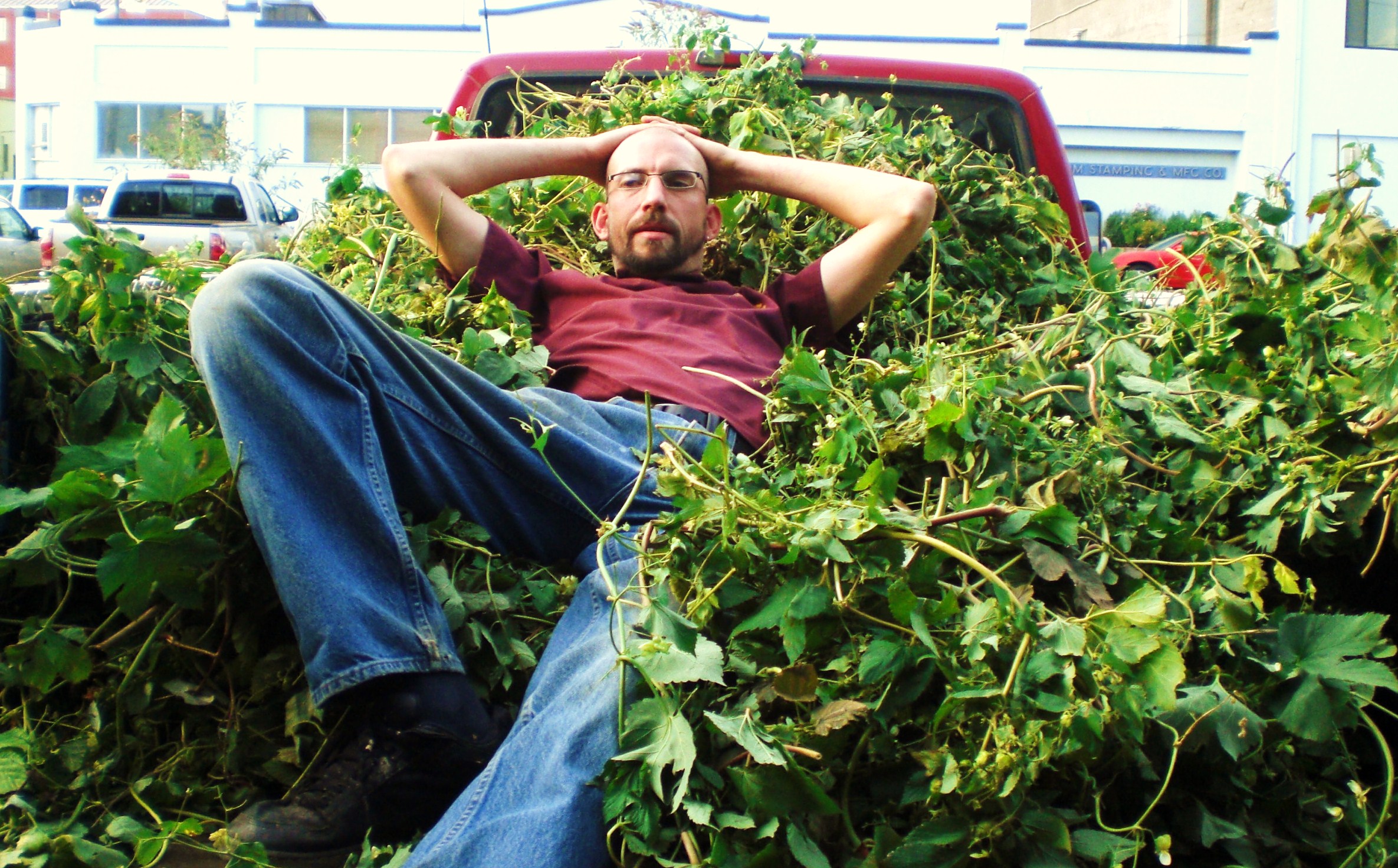 In addition to fostering a bond between those in the craft beer community, the hops picking event will result in some scrumptious brews. The Mutt is the yearly brew that changes slightly from batch to batch somewhat resembling an E.S.B.  Flerchinger also says that he will be brewing a fresh hopped Pilsner. Nothing about the beers produced from this potpourri of hop varietals is typical or in accordance with any type of brewing style guidelines. It’s a free-form spontaneous collaborative that roots itself the comradeship that in many ways defines Beervana. 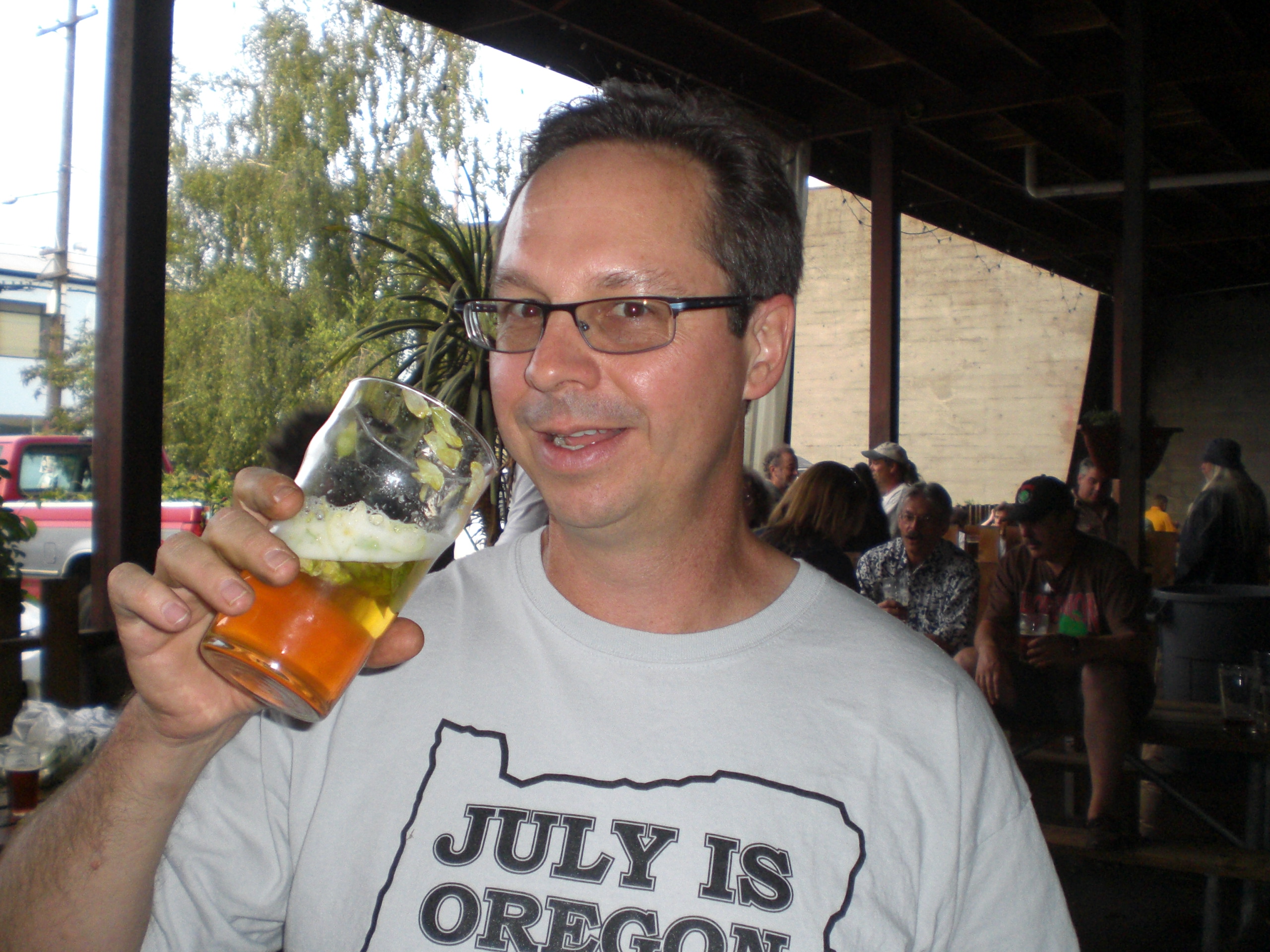 A record breaking year it was again for the pickers. Began at 2p.m. and lasting until sundown around 7:30p.m., 215 pounds of fresh hops ranging from Nuggets to Centennials interspersed in storage tubs. This was exactly double last year’s yield of 107 pounds and more than three times what was picked in 2007. Flerchinger and his fellow brewers anticipate the release of these floral brews to the public in about three weeks. Just another excuse to head back to the Lucky Lab. 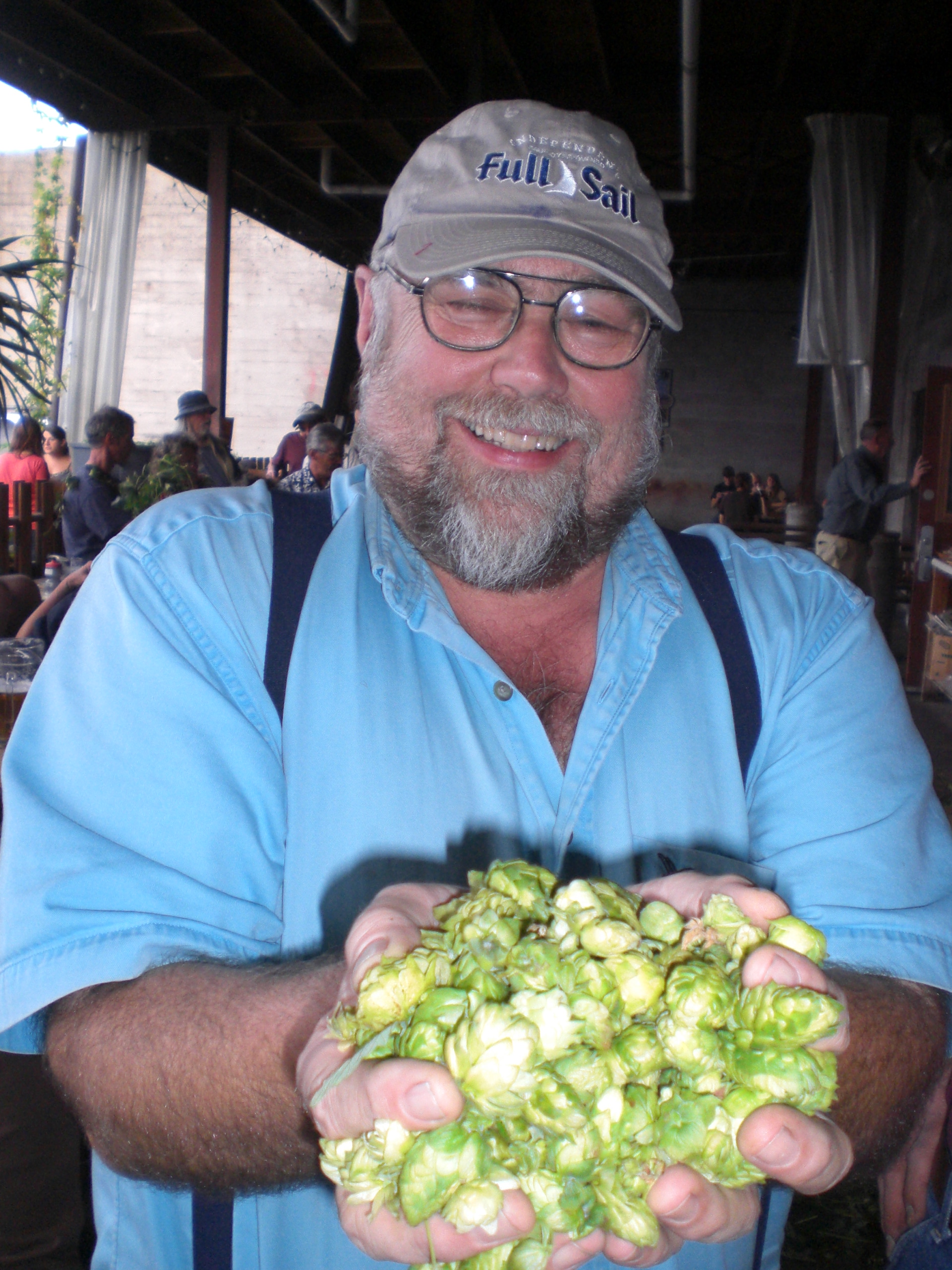