Some tasting experiences are beyond words, others don’t deserve mentioning for fear of remembrance. 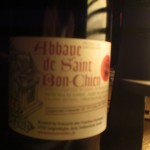 A group of my friends, all past or present employees of Belmont Station, got together to share a variety of interesting brews.  BridgePort’s latest release Raven Mad Imperial Porter was a deliciously hopped robust porter featuring a 3-D Hitchcock-esque label replete with viewing glasses hanging from the neck.  Aged in Pinot Noir and Bourbon barrels and blended, the Raven is always welcome at my chamber door. I brought a bottle of Silver City’s Sasquatch Stout, a burnished onyx lather of chocolate malts, generously hopped, and topped with a fluffy tan head. This beer is not carried by distributors and is currently unavailable in Oregon.   There was also a bottle of 2006 BFM Abbaye de Saint Bon-Chien, a Swiss sour ale also featured at this year’s Portland Internation Beer Festival.  This brew poured a handsome orange body with a cloudy, wispy head.  With a nose of sweet cherries, pears, and other fruity esters, this brew was a pleasure to experience and quite a contrast to the darker beers.  The Bon-Chien is the the bomb shee-it! 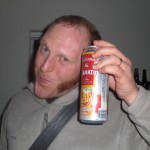 Ok, then things got out of hand.  Someone thought it would be a good idea to delve into the taboo realm of beer blended with clam juice. The “beer” that is Chelada is another Anheuser-In-Bev concoction, I’d gander is indicative of either desperation or an identity crisis rather than a model of innovation. Alongside the ranks of Bud Lime and Bud Light Chelada is a ruddy salmon/ruby grapefruit juice color with a nose of a Manhattan trash barge on a mid-summer’s day. My friends, heaven love them, are a pack of fearless brewsaders, who share my attitude of “try anything twice…to be sure.”  However, on this fair evening, I had to opt out of drinking a clam beer.  Couldn’t do it.

Here’s some photos from the tasting: 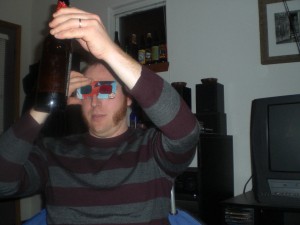 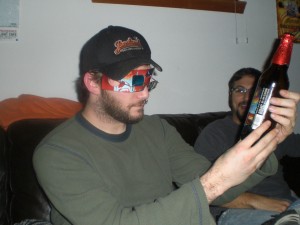 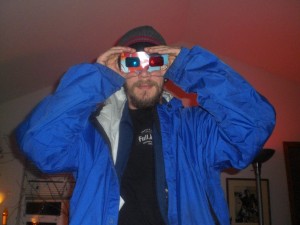