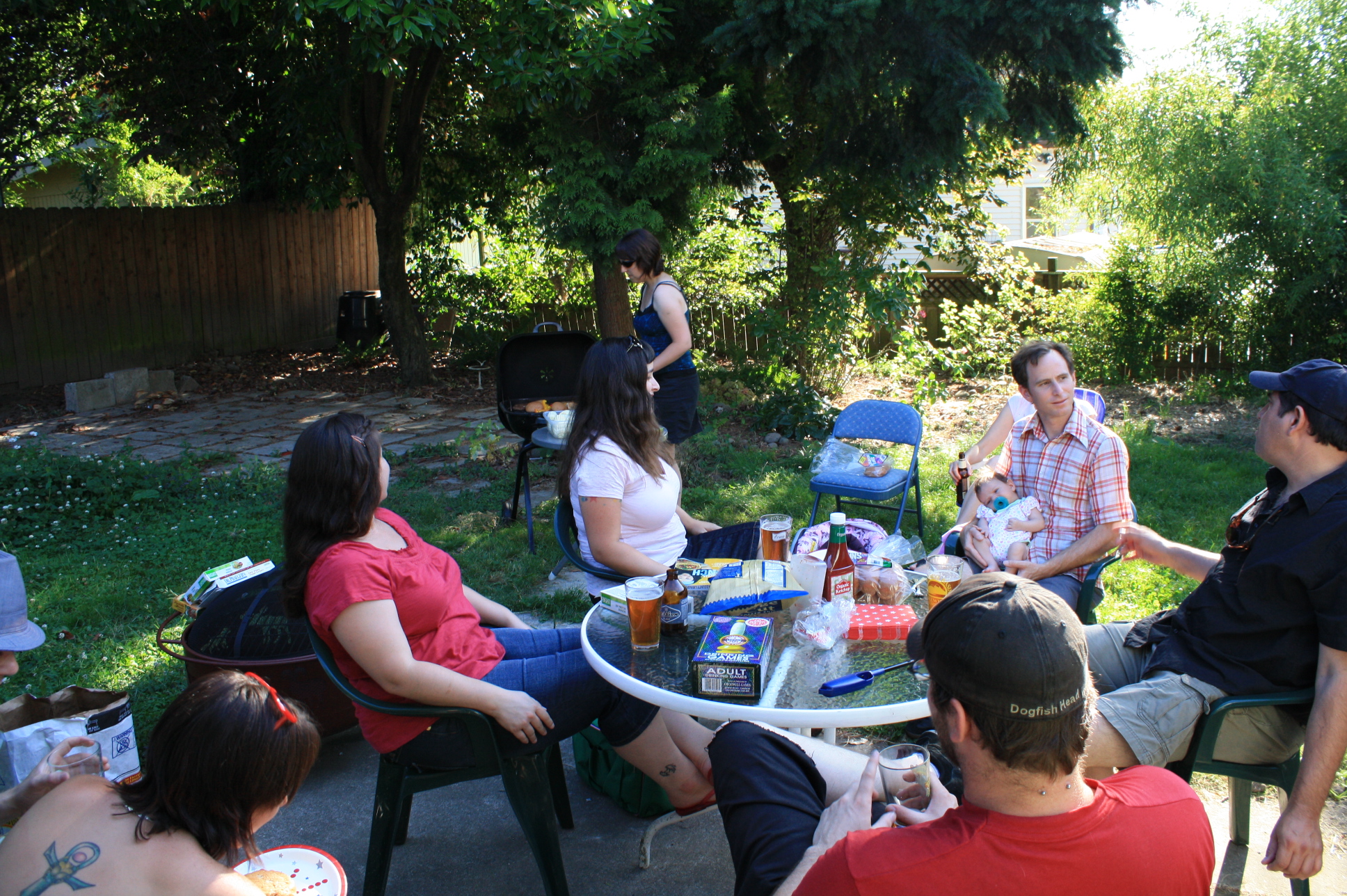 The sun didn’t skimp one bit this weekend. Fourth of July weekend was the perfect excuse to beat the heat 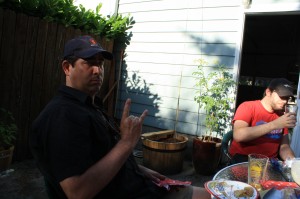 with some stellar brews. A new keg in the fridge, some new bottles from the store. It was almost too much to (literally) swallow, but who’s complaining. Friday’s happy hour included pints at Hopworks with Matthew “Bo” DiTullo, where Evelyn Sunshine’s Imperial IPA poured. The pricy yet delicious beer had a phenomenal hop profile. Earlier in the day we hit up John’s Marketplace alongside droves of other weekend warriors for a keg and some bottled brews. A corny keg of Bear Republic Racer 5 IPA delivered a hit-the-spot citrus hoppiness. Funny thing: the guy in line in front of us at John’s was ordering the same keg and a beer geek fistbump ensued. 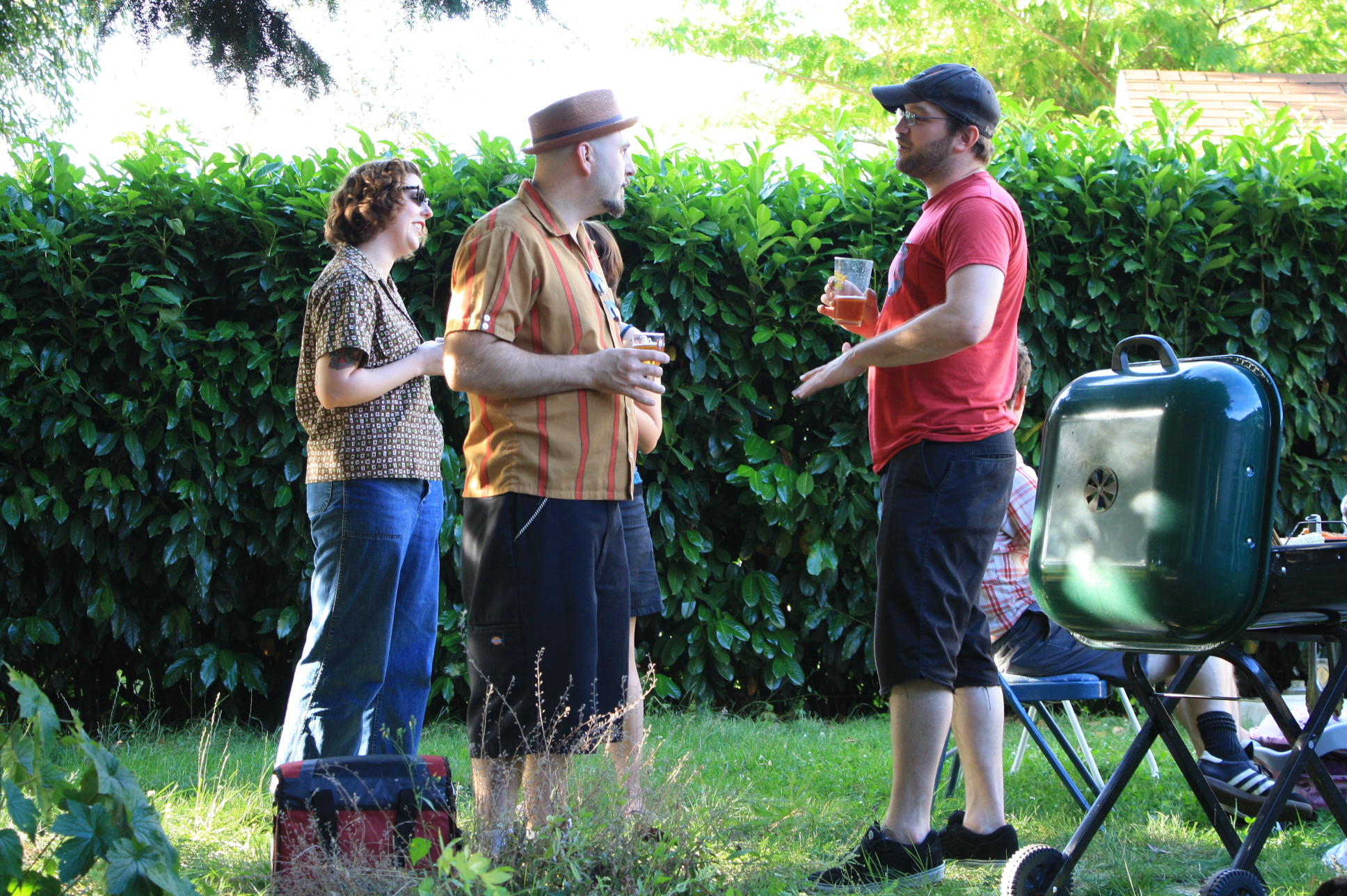 What better way to please the buds than a sixer of sessionable 21st Amendment Hell or High Watermelon Wheat Ale in a can. This fruity beauty along with the brewery’s Live Free or Die IPA are finally distributed in Oregon! Per the recommendation of our man Captain Neil from Belmont Station, I had to grab a bottle of Laurelwood’s Wry Pale Ale. Delicious!  In addition, we snagged a bomber of Ninkasi’s Radiant Summer Ale-a biscuity, floral ale that didn’t exude a typical summerness to it, but was palatable nonetheless. 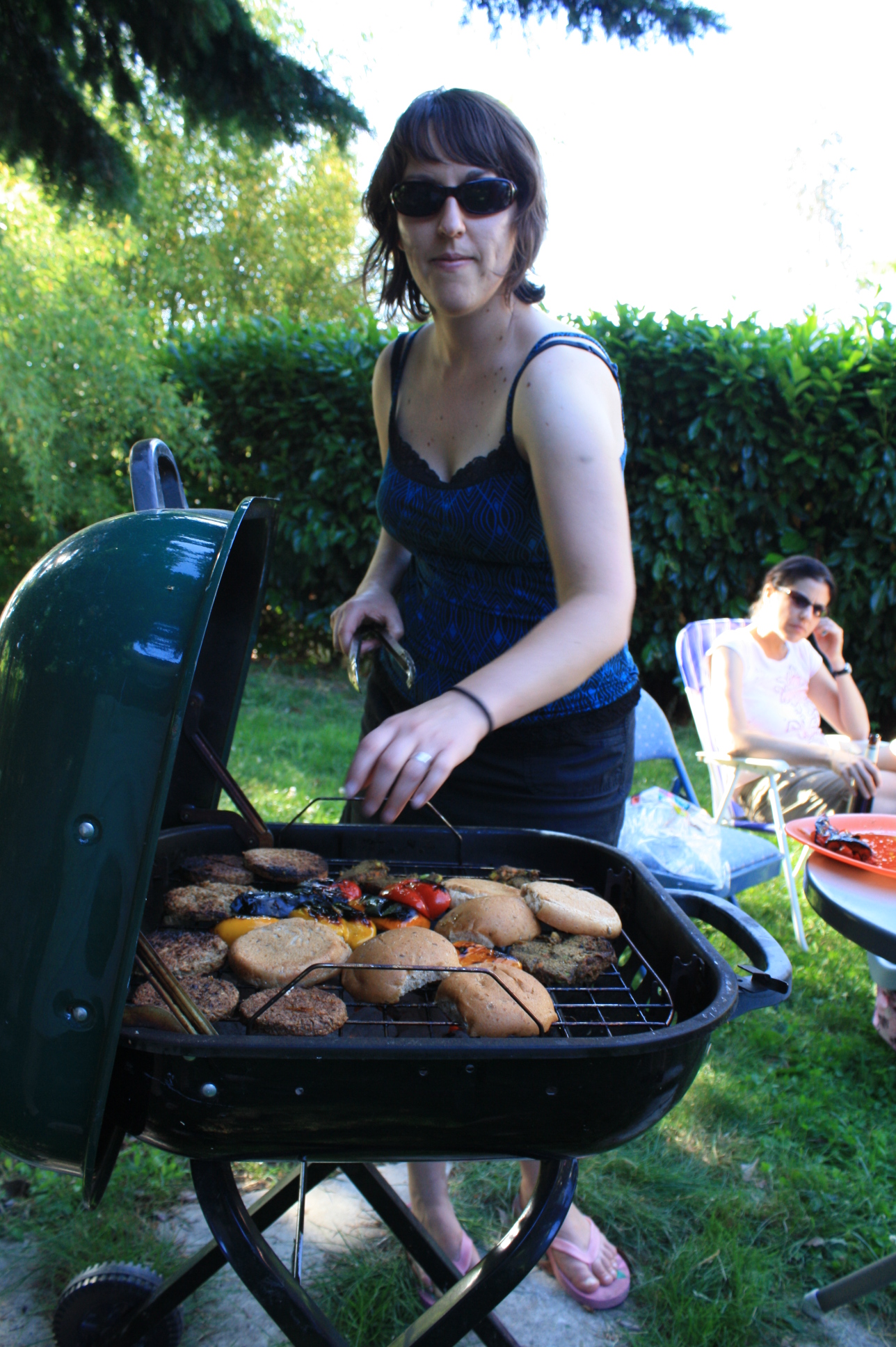 Still sitting in our beer fridge: a bottle of Great Divides Wood Barrel-aged IPA. Can’t wait to try it! 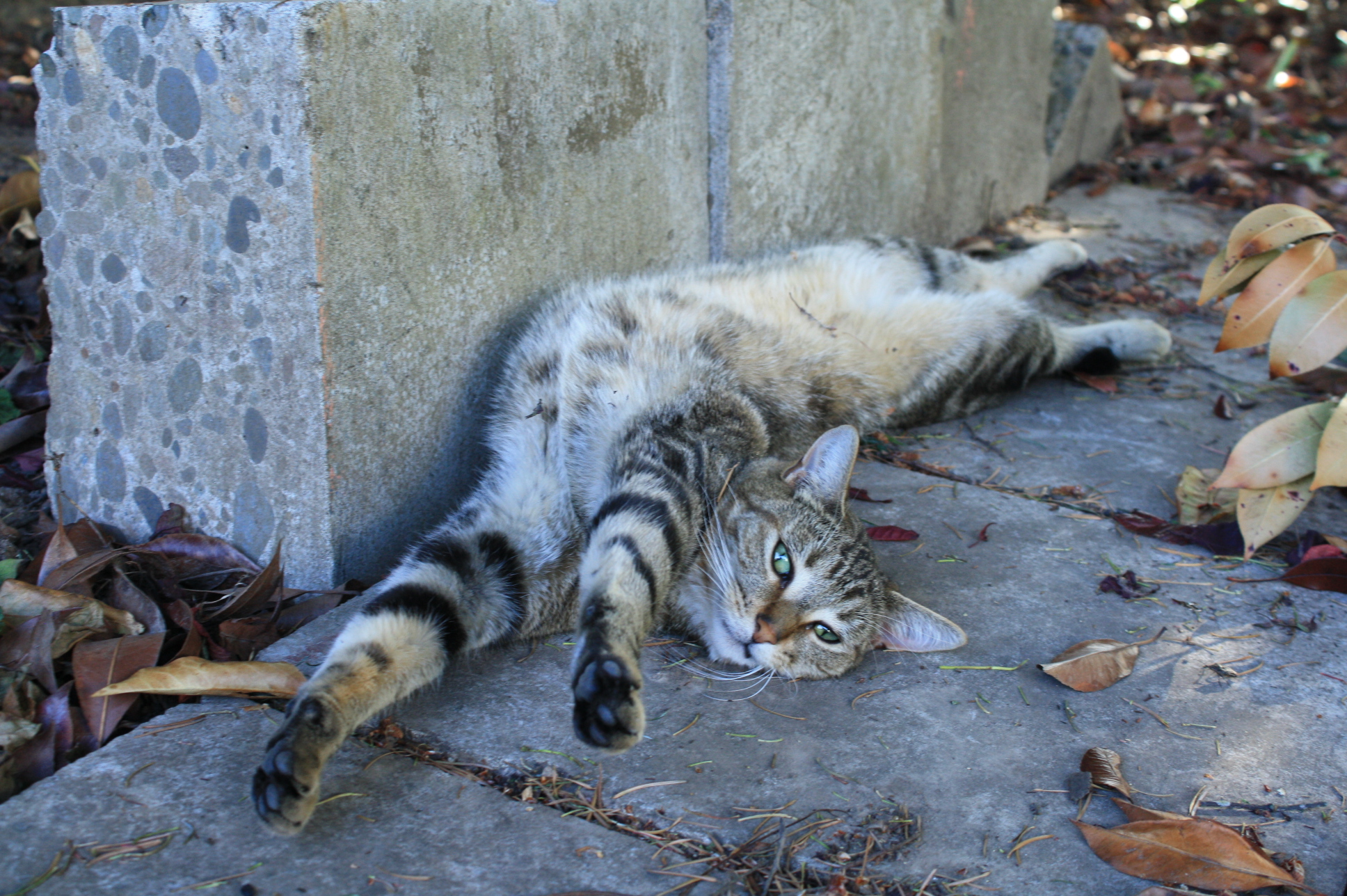 On the Fourth, friends gathered to celebrate Margaret Brewpublic’s birthday and the 233 big one for the U.S. of A! Barbecue and backyard bangers occured as expected beneath the tall trees. Beer nut Brian Murphy busted out a special bottle of Primator Pivovar from his recent travels to the East Coast. From my cellar, I broke out a 2008 Lost Abbey Gift of the Magi golden Brett brew. It was delicous! Racer 5 was steeped in Fuggle Hops through a tea press for added lupulinity. Good food, great friends, and hot weather…what more could you expect for a fabulous Fourth. Once the sun went down and folks departed, Margaret and I carefully climbed up a ladder to our rooftop to witness a Portland fireworks show that spooked the hell out of every animal within a 20 mile radius. 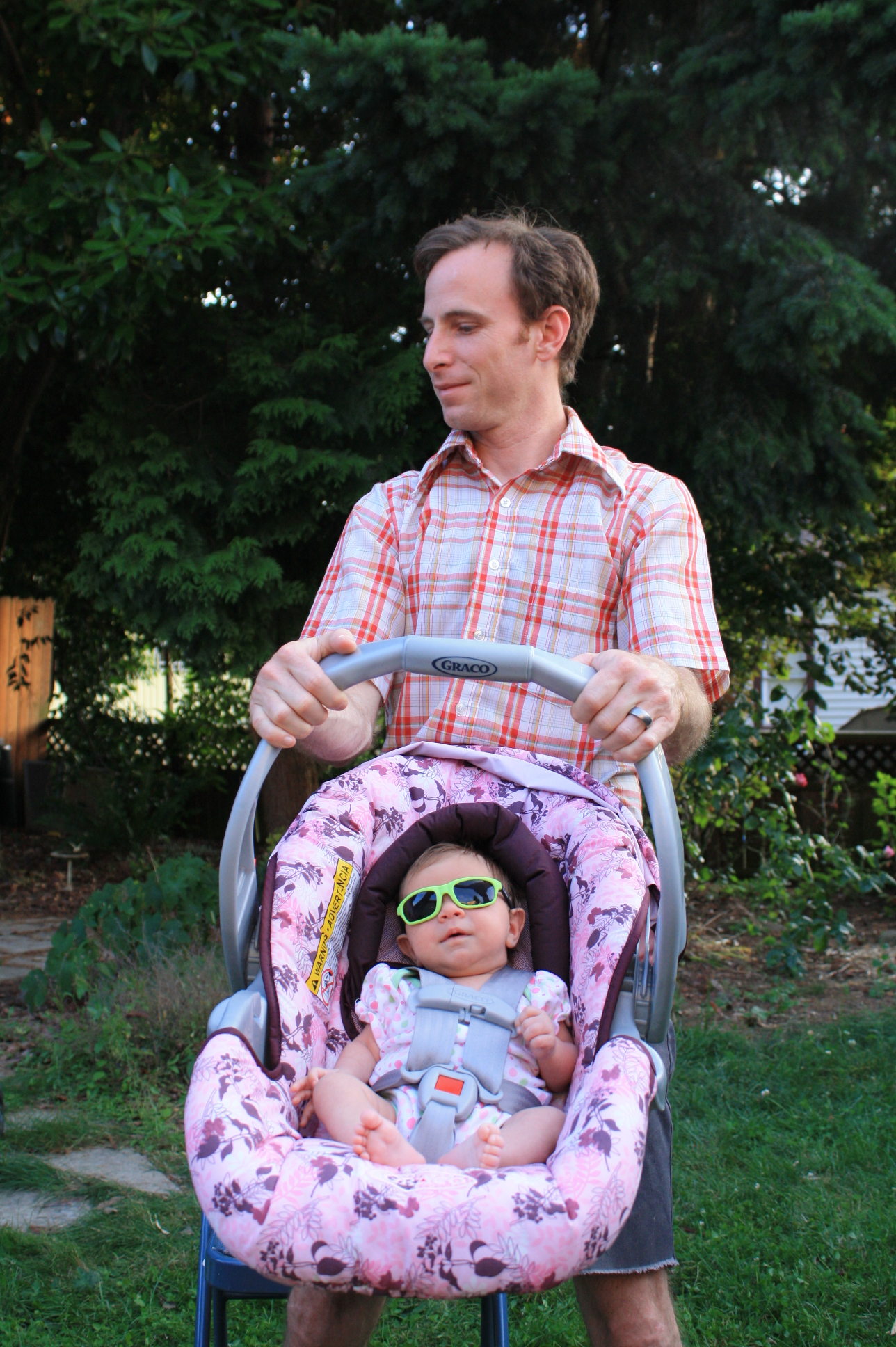 We had a phat weekend and hope that you did too!