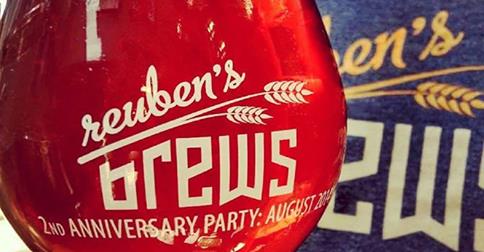 Reuben’s Brews opened up in the Ballard neighborhood of Seattle, Washington back on August 5, 2012. Since this time Reuben’s has brewed over 50 different beers that have been enjoyed by their loyal following.

To get all in the festive mood Reuben’s Brews will be hosting two events this week. The first event will take place on Thursday, August 7 which also happens to be National IPA Day. Reuben’s will have 11 of their IPAs on draft in the taproom, including one on cask and two on nitro. The event will include the new Crikey IPA, the debut of their new Black Imperial IPA, a brand new Coffee Imperial IPA, and a guest appearance of Blimey That’s Bitter, which will be run through a randall of hops. 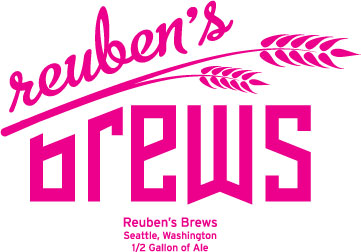 Then on Saturday, August 9, is their 2nd Anniversary Party. The first 100 people will receive a free commemorative 16oz glass with their first pint or barrel aged brew purchased. The party will also include brews from the cellar including three barrel-aged beers! In all they anticipate around 19 beers on tap.

In honor of the occasion, Reuben’s have created a new brew, Full Monty IPA, a 4.5% IPA. This beer is light on alcohol by full in flavor – it’s definitely the Full Monty. Large amounts of Citra, Amarillo and Galaxy hops provide a hop profile full of watermelon, tangerine and peach. A little bit of rye and a British yeast strain keeps body in the beer which defies its lower ABV status. Full Monty IPA will officially be released when they open at noon.