Lucky Lab brewer and big dog Ben Flerchinger just got us drooling again.  This time, over the latest bottling, the Lab’s Port barrel-aged Imperial Stout known as “Pavlov.” The brew also features Northern Brewer, Fuggles and Goldings hops to round out a big, bad-ass robust malt underpinning. Flerchinger gave us this description of the brew:

Huge flavor from the roasted barley balanced with hints of vanilla from the barrel gives way to notes of raspberries and black currants from the Port. This is all followed by underpinnings of chocolate, caramel and licorice. With a head of dark coffee color, it’s all wrapped up with a finish of esters and warming alcohol. 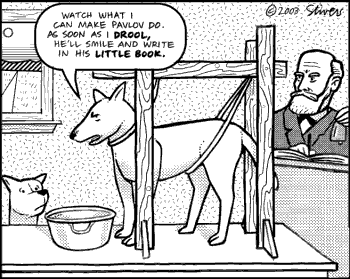 A 12 barrel recipe of Super Dog shoved into a 6 barrel batch! Technically you could call this a Double Dog . A Hopalicious delight that will be available for a short time only in bottles.

Flerchinger also notes that the Lucky Lab anticipates having a bourbon barrel-aged Porter in bottles later this month.