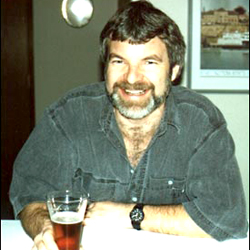 The Pacific Northwest lost a pioneering force in the modern microbrew revolution. Our friend Dave Nunez of By the Bottle confirmed that Dick Young of Centralia, Washington’s Dick Brewing Company passed away over the weekend. According Nunez and the folks at  the Washington Beer Blog, Young died of what appears to have been a heart attack while staying at his lodge in Lewis County, WA.

Since beginning as a homebrewer in 1984, Young over the years has developed more than 20 regular varieties of ale including the well loved Dick’s Danger Ale, Best Bitter, Working Man Brown, and Mountain Ale.

Dick started brewing as a home brewer 1984. Around the same time, he sold brewing supplies from N.W. Sausage and Deli and made beer in the back when not busy.

After about 8 years, Dick had to decide whether to quit or make it legal! So then began the 2 year application permit process and Dick started brewing for real in 1990. After 2 years, Dick created Danger Ale with all dark malt and hops, the recipe hasn’t changed since the 2nd batch.

His favorite brew is his namesake Dick Danger Ale, and anything else Dave brews up.