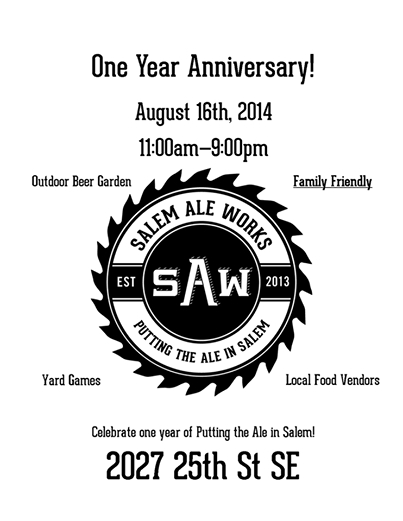 One of our favorite new breweries from Salem, Oregon is Salem Ale Works and they’ll be celebrating their one year anniversary on Saturday, August 16, from 11:00am to 9:00pm. The festivities will take place at the brewery and tasting room, which is located at 2027 25th Street SE in Salem.

The celebration will also include a family-friendly outdoor beer garden, yard games, food from local eateries Chads Smokin BBQ & Catering and Odd Moe’s Pizza, beer specials and more. For those that show up early there will be a free pint glass for the first 120 people. 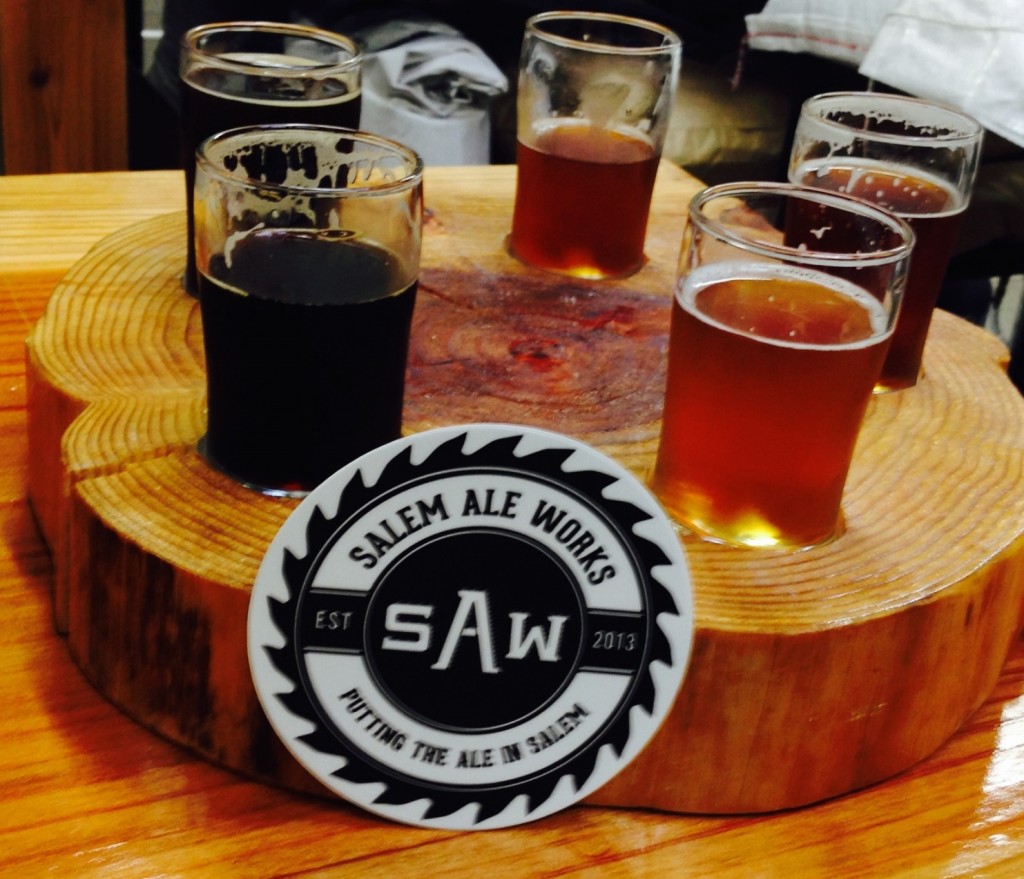 SAW was founded by college friends and former wild land firefighters Justin Ego and Jake Bonham. The friends’ shared experiences and love of great craft beer gave rise to the formation of a nano-brewery in 2013. “Our first year has been spectacular – full of growth, learning and fond memories,” says Jake. “The warm reception and support we received from the Salem community has been amazing.”