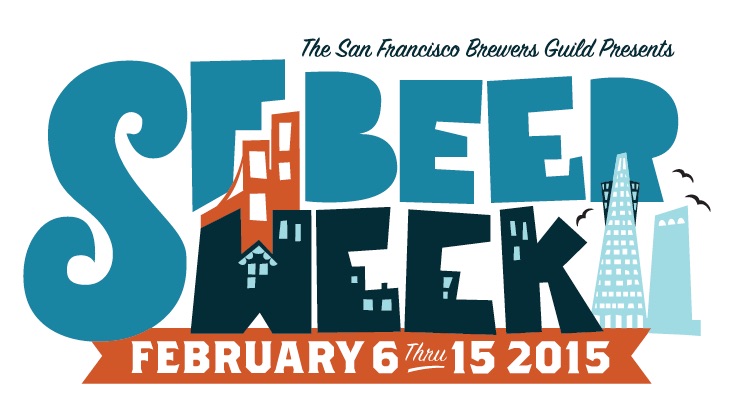 San Francisco, CA —  San Francisco Brewers Guild announces today tickets to SF Beer Week’s Opening Gala (Fort Mason Center, Herbst Pavilion; Fri, Feb. 6, 2015) are now on sale via Eventbrite. The Opening Gala is the largest, most-anticipated, and prestigious annual gathering of the Northern California craft beer community. 80+ breweries unite to serve beer enthusiasts the region’s most creative and compelling brews including their latest new releases, rare selections and classics all at one incredible launch to 10 days of festivities throughout Beer Week. Join 2,500 beer geeks at the kick-off party to SF Beer Week 2015 (Feb. 6 – 15, 2015), and grab your tickets soon as the Gala will definitely sell out!

About San Francisco Brewers Guild
The San Francisco Brewers Guild formed in 2004 as a non-profit 501 (c)(6) during a renaissance in American craft brewing. Our mission is to restore and preserve San Francisco’s brewing heritage and unite those who make local beer with those who love it. The Guild achieves this by educating the public about craft beer, organizing and hosting events such as SF Beer Week, Brews on the Bay and Meet the Brewers, advocating for the craft beer industry in city government, donating services and product to local charities, and partnering with artisan producers in the food, beverage, hospitality and agricultural industries.