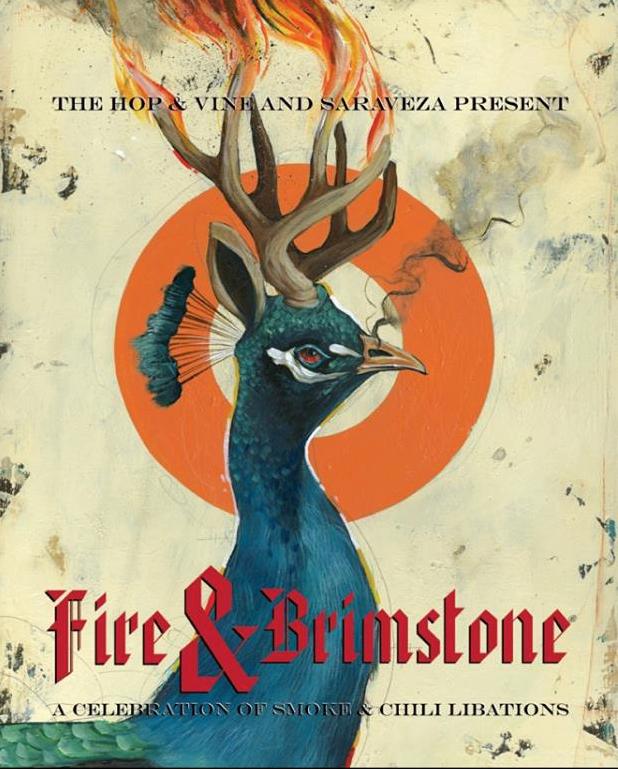 Saraveza and The Hop & Vine will once again host their annual “Fire & Brimstone” event. Now in its fourth year, this year’s event will be held a bit earlier than in past years. The two landmark beer-centric bars on North Killingsworth will be playing dual-host on Saturday, July 26th & Sunday, July 27th.

Beginning at 11:00am and lasting all the way through 10:00pm, Saraveza and The Hop & Vine team up for the 4th Annual Fire and Brimstone: A celebration of smoke and chili beers, ciders and cocktails. Both venues, which are walking distance from each other, will feature 9 smoke and chili beers, a smoke or chili cider on draft, and a specialty cocktail. Smoky and/or spicy food pairings will compliment the beverage selection.

Saraveza will feature their infamous Bamburg Onions and Hop & Vine will be serving up a variety of tantalizing tacos!

Cost is $20 for 10 taster tokens, with additional tokens at $1.50. Tokens may be purchased and used at both locations on both days.