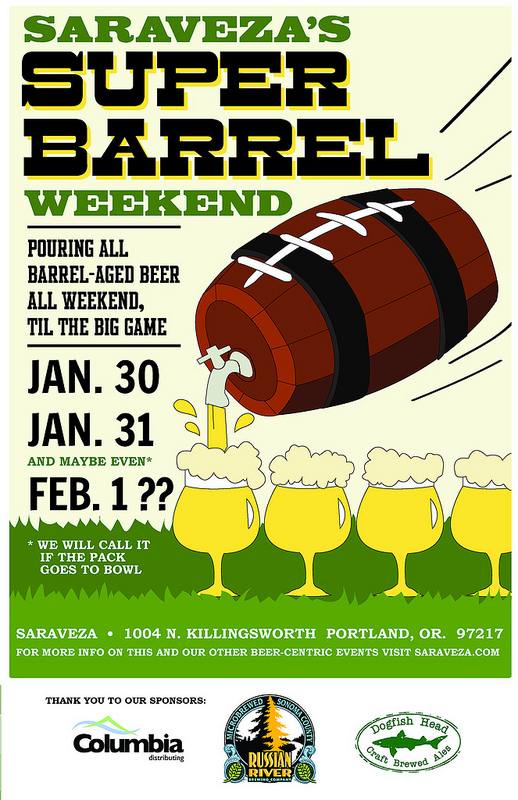 The fine folks at Saraveza love their barrel-aged beers and want to share some of their favorites, rarities and vintages with their loyal patrons. This is not a festival, but a celebration if you will of sours, barley wines, imperial stouts, saisons, IPAs among others that have been aged in spirit or wine wooden barrels.

Unlike other events, there is no entrance fee, there are no tickets and to make it easier on their beertenders there will be no flights. However, to make it more enjoyable for all, Saraveza will be offering mostly 5oz pours of some of the best barrel-aged beers and ciders one can ever put in your mouth!

The tentative draft list at Saraveza will be featuring barrel-aged beers and ciders from the following:

As Super Barrel Weekend comes closer Brewpublic will have a complete draft list for this exciting weekend!