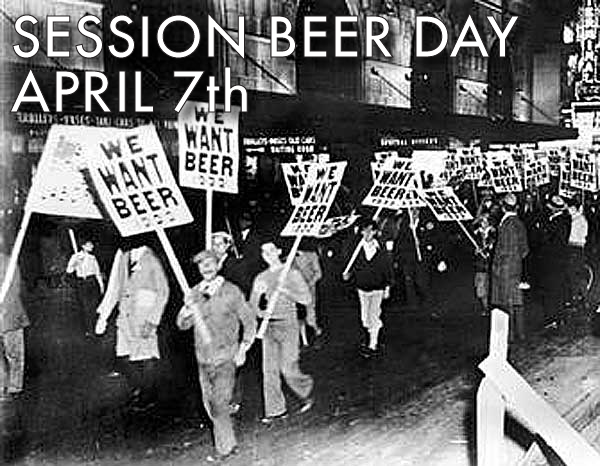 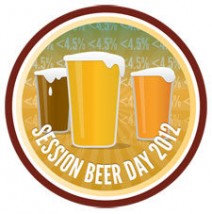 On April 7, 1933, 13 years of Prohibition officially ended in the United States with the repeal of the 18th Amendment. The 21st Amendment re-legalized alcohol here, and to celebrate on this day, the 79th anniversary of our victory, with a session beer. You see, at the time of repeal, legally allowable beer weighed in at 4%ABV or below. Who doesn’t enjoy multiple quaffs of delicious low alcohol brew? Well respected beer blogger Lew Bryson of Seen Through a Glass has started a grass roots movement to celebrate this day with large glasses of low ABV brew (4.5% and under). Says Bryson: “We thought we could ask for session beers at our favorite bars, and brewpubs, and suchlike, invite people to try them, gin up plenty of social media whoopee, and all dat.”

So to celebrate this great day, here are a few suggestions of truly sessionable craft beers to enjoy. Raise a glass! Cheers to Session Beer Day!

DuPont Avril – This Belgian biere de table (table beer) offers a world of flavor within a straw yellow body of a mere 3.5% ABV. The name, meaning “April” is the perfect choice for this day. With a crisp and prickly effervescent mouthfeel and lots of complexity. Hints of bread, mint, citrus, and rich maltiness, Avril pairs nicely with a vast array of food choices. Grab a 750ml bottle today and toast the occasion!

Breakside Dry Stout – This dark and rich session beer became Breakside’s flagship upon winning a silver medal at the 2011 Great American Beer Fest and is truly a wonder of Northwest brewing. Made with Golden Promise, Chocolate, Flaked and Roasted Barley and spiced with 45 BU of Glacier hops, the Dry Stout pours a dark brown hue with a luring beige head. Notes of burnt coffee, chocolate, and mild ash bring to life an easy drinking 4.5% ABV craft beer not to miss.

Upright Four – From Upright Brewing’s year round lineup in their numbered series brews, four is the lightest and one of the most rewarding. Delicate aromas and flavors are provided by Oregon pale and wheat malts seasoned with Hallertauer Mittelfrüh hops and a distinctly piquant house yeast. Don’t let Four’s wide availability fool you, it is certainly a recipe designed for the biggest beer lovers anywhere. 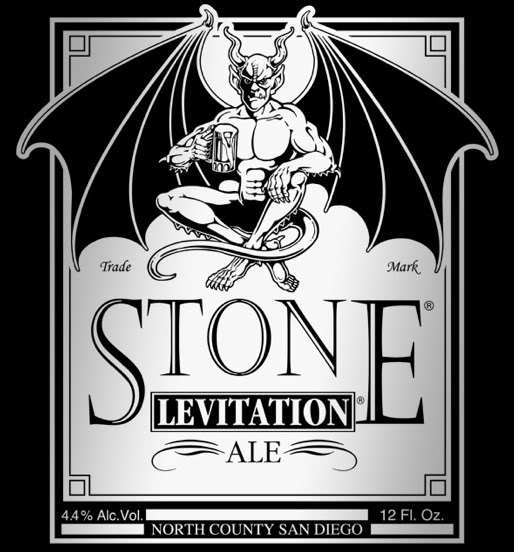 Stone Levitation – Escondido, California’s Stone Brewing is widely known for their bold and boozy ingredient bombs. But with their Levitation stands by the mantra “Gravity Sucks.” The 4.4% ABV 45 IBU delight delivers a big hops bite from floral and resinous Columbus, Crystal and Amarillo varietals. This deep amber colored ale makes repeat visits to the pint glass a joy. “We avoid dumbed-down flavor profiles and the vigorous pursuit of the lowest common denominator” says the brewery. “We avoid big dollar marketing mentalities. We avoid additives, cheap adjuncts, stabilizers and chemical preservatives.”

Vanberg & DeWulf Lambrucha – Guaranteed, you’ve never had a beer like this before. A blend of two ancient and unique fermented beverages, Lambic and Kombucha, this one-of-a-kind ale is just 3.5% ABV but doesn’t lack a world of intricate flavor. Tart just like you’d expect from the two base brews that combine for Lambrucha, this Belgian is sparkling golden in color with a thick white head and delivers notes of ginger and citrus. Try one today!

Avery Joe’s Pilsner – This premium American pilsner from Avery Brewing of Boulder, Colorado is, as the brewery puts it, “a contemporary rendition of a classic style.” Hopped up with German Nobles, Joe’s is a beautifully bitter and dry lager with  floral, grassy notes. Perfect on the days when the sun at last pokes its head out, you can find it all over in handsome 12-ounce cans. Grab one and pair it with just about any herbaceous meal. You’ll be glad you did.