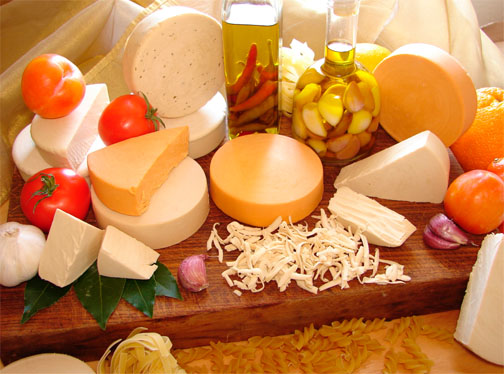 To be a beer geek and to not eat cheese is a sacrilege to some.  But what if you are lactose intolerant?  That’s nearly as bad as being gluten intolerant…well, sort of.  If you can not eat cheese or your vegan conscience won’t allow for it, there’s a magnificent Scottish faux-cheese product called Sheese made by Bute Island Foods.

Sheese is a delicious alternative to dairy-based cheese. Sheese is acceptable for vegans as well as other consumers who are lactose intolerant or allergic to dairy products There are no hydrogenated oils, no artificial colors, no preservatives, and no animal-based ingredients in Sheese.

Finally, with Sheese individuals who choose not to eat dairy products for ethical reasons or who cannot eat them for medical reasons have a real alternative to dairy cheese. Sheese tastes great, melts great and is even easy to grate. Dust off all those recipes that you had to put away because they called for cheese and get back to enjoying some classic comfort food. 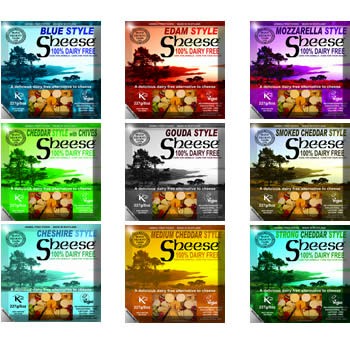 Here’s some of our favorite Sheese varieties:

Cheddar and Chives– Forget the sour cream and chives on your baked potato – replace it with this delicious flavor.

Hickory Smoked Cheddar– If you miss cheese and crackers…well, now all you need are the crackers. A fantastic, smoky flavor that’s always a hit.

Strong Cheddar– Everybody’s favorite flavor that will bite you back. The ideal complement to your favorite veggie burger, or melted and drizzled over veggies.

Many of these Sheese products as well as a large assortment of other vegan delectables are available in Portland, Oregon at Food Fight! Vegan Grocery and Thrive in Seattle, Washington.

Okay, if you think faux cheese is disgusting still, then, here’s something for the lovers of the real deal from the udder from the folks at Whole Foods of Washington and Oregon: 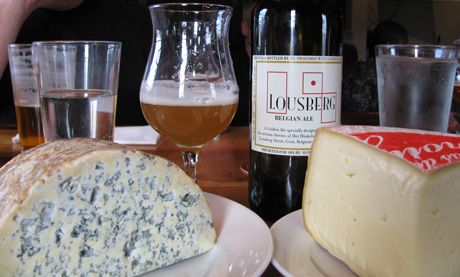 “We are always looking to expand our selection of exceptional cheeses,” noted regional specialty coordinator
Frank Schuck. “We are particularly excited to offer our customers this unique beer and cheese combination.”

Het Hinkelspel Cooperative was created in 1982 by renowned Cheesemaker Alexander Claeys. It is located on Lousberg Street in the beautiful and historic city of Gent, Belgium. All Het Hinkelspel cheeses are produced
only with highest quality natural ingredients and with the utmost care for its environment. They are imported by Peterson Cheese in Auburn, WA.

Lousberg Belgian ale was created for Het Hinkelspel by De Proef owner & brewmaster Dirk Naudts. It is a bright golden ale with a beautiful floral nose with hints of tropical fruit and honey. It is refined and elegant on the palate, reminiscent of brut champagne. It will be feature-priced at $8.99 per 750ml cork-finished bottle. 8% alcohol by volume. Lousberg is imported to the U.S. by SBS Imports of Seattle, Washington.