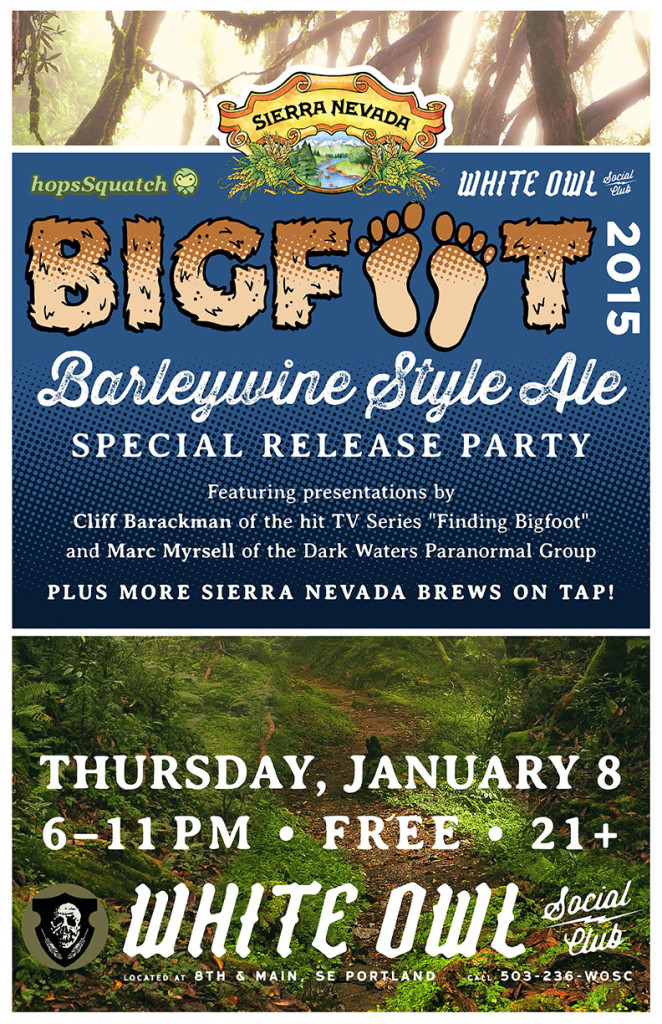 Returning for its 2nd consecutive year to Southeast Portland’s White Owl Social Club is the Sierra Nevada Bigfoot Barleywine Release Party. Once again the organizers at White Owl are taking this release party to the next level and beyond the tasty beer itself.

Taking place on Thursday, January 8th from 6:00 to 11:00pm, the White Owl will turn everything over to all things Sasquatch, aka Bigfoot.

For 2015 the Bigfoot Barleywine Release Party will feature celebrity guest speaker and cast member of the hit Animal Planet TV series on Finding Bigfoot, Cliff Barackman. He will be at White Owl to deliver a live presentation! Also speaking will be Marc Myrsell of the Washington-based Dark Waters Paranormal Group.

Hosting this live event will be Guy Edwards of the local beer & Bigfoot enthusiasts group HopsSquatch. The best part is that all of these seminars are all free!

And best of all, White Owl will have the 2015 Barleywine flowing for everyone’s tasting pleasure alongside a few other Sierra Nevada flavors: 2014 Barleywine, Blindfold IPA and Electric Ray IPL.