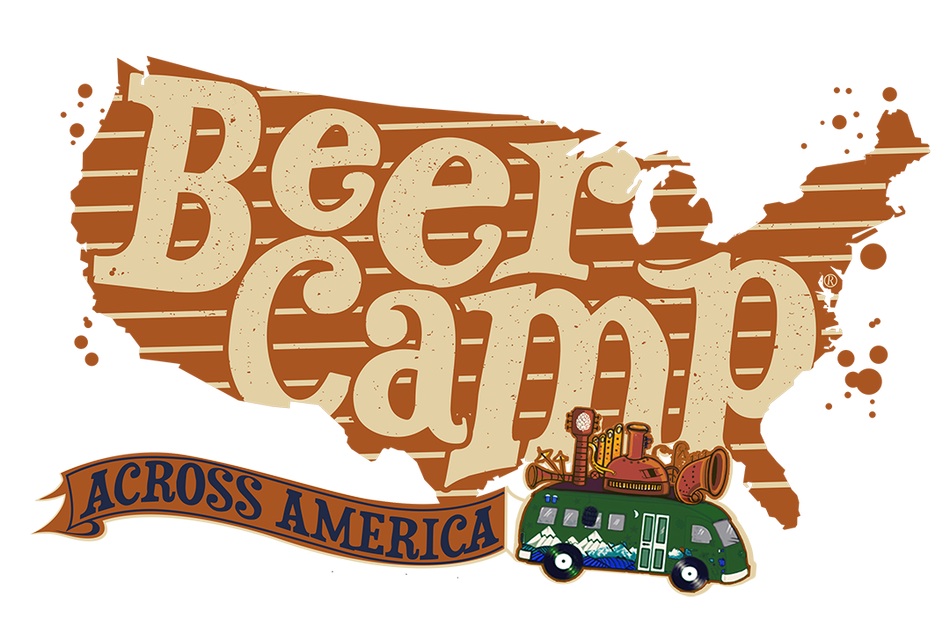 Since announcing their lofty endeavor, Beer Camp Across America traveling beer festival a few months back, Sierra Nevada is coming to terms with the amount of effort its going to take to pull this sort of festival off. Over the course of seven tour stops there will be nearly 700 craft breweries involved with well over 1,300 total craft beers on tap. This tap list will collectively represent almost every state in the union and Beer Camp Across America promises to be the largest craft beer celebration in history.

“This is ambitious—maybe a little crazy—but craft brewers delight in pushing limits,” said Ken Grossman, founder of Sierra Nevada. “We’re honored to celebrate craft’s success alongside so many of our peers who are traveling from every corner of the country. It’s a once-in-a-lifetime experience we look forward to sharing with beer lovers everywhere.”Beer Camp Across America will make seven tour stops in cities with thriving craft beer cultures; each stop will feature many of that city’s local and surrounding regional brewers.

The festivals will appropriately begin and end at Sierra Nevada’s two brewing locations, kicking off in Chico where the brewery took root in 1980, and culminating in Mills River, NC, for the grand opening of its East Coast brewery. Beer fans have been snatching up tickets for each of the seven events, which are on sale at www.SierraNevada.com/BeerCamp (only 5,000 tickets per venue will be sold).

Each festival stop will feature up to two beers per participating brewery, food vendors, and live music by Portland’s very own MarchFourth Marching Band spectacle. Tickets cost $65 for general admission, which includes a tasting glass and unlimited tastings (in most locations, see the website for full details); or $30 for a designated driver ticket.

For those of you interested in attending the Northwest Edition at Sierra Nevada Hop Field in Chico on July 19th, tickets are now on sale for $65. Festival entry includes unlimited samples, live music and a commemorative festival tasting glass.

There will be more than a dozen Oregon breweries that will be featured at Sierra Nevada’s Beer Camp Across America kickoff in Chico. Oregon’s own Boneyard, Silver Moon, Flat Tail, Mazama, Oakshire, Ninkasi, Klamath Basin, Heater Allen, Beer Valley, Ecliptic, Gigantic, Old Town & Sasquatch are all making the trek to Northern Cali. Yes, we have some great, if not phenomenal breweries here in our back yard, but there will be a handful of breweries attending that are far from our region that see little distribution out west, if at all. How often are you able to sample beers from New Glarus, 3 Floyd’s, Bells, Allagash, Asheville Brewers Alliance, and Cigar City? A complete list of all breweries scheduled to participate can be found here. This festival will be one not to miss out on. 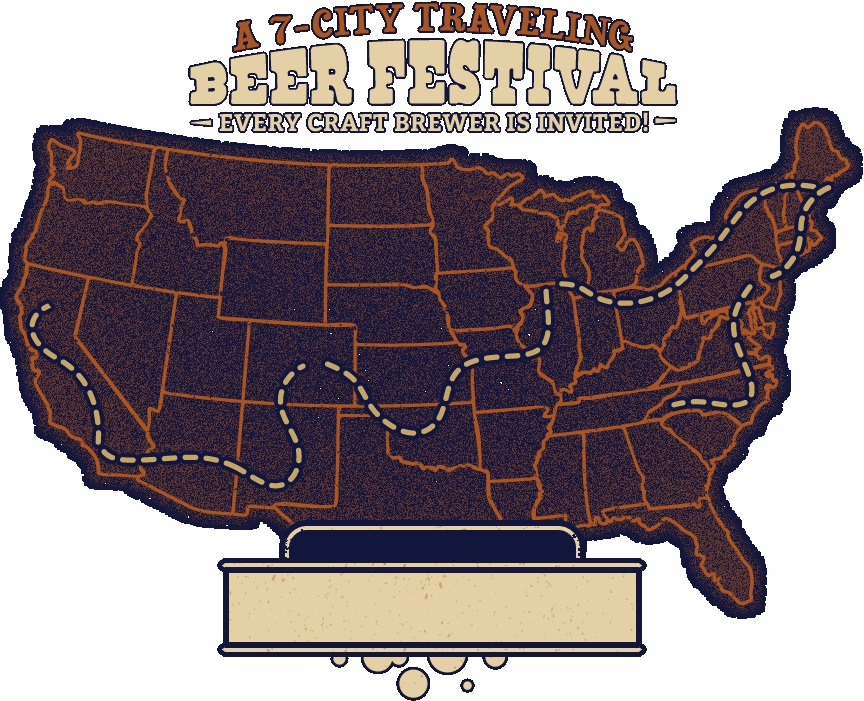 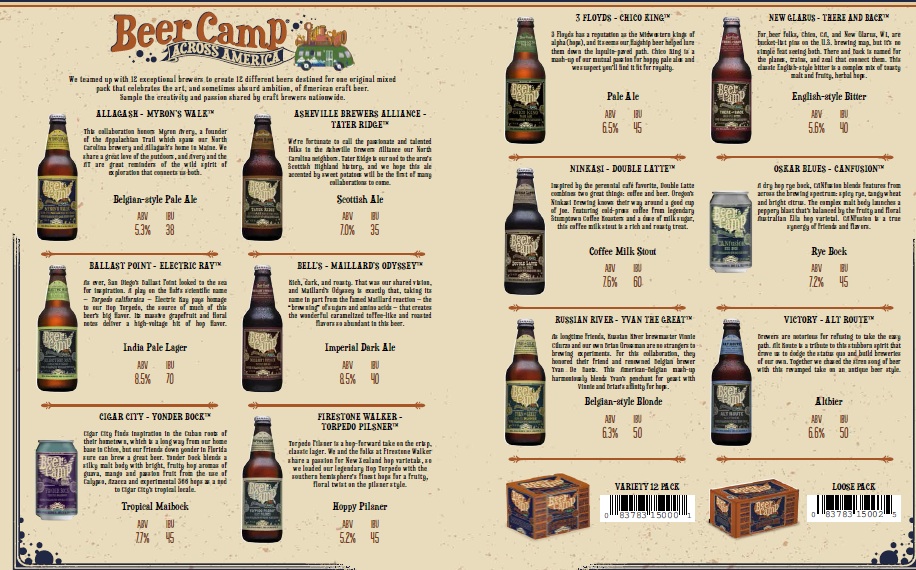 Like the festival tour, Sierra Nevada is also doing something unheard of in its brewhouse: creating a Beer Camp Across America collaborative 12-pack with 12 different beers made alongside 12 different breweries. (Not to mention it mixes 10 bottles and two cans!) The Beer Camp Across America variety pack will be released mid-July and features collaborations with Allagash, Ballast Point, Bell’s, Cigar City, Firestone Walker, New Glarus, Ninkasi, Oskar Blues, Russian River, 3 Floyds and Victory, plus a beer from the Asheville Brewers Alliance. These collaboration beers will be featured at every festival stop. We cannot wait to get our hands on this very enticing 12-pack!