Saraveza has announced a special event to honor two beloved friends of Walking Man Brewery in Stevenson, Washington. Brewer Glen Falconer and artisan blacksmith Jim Caldwell were two talented artists. Falconer with his brewing and Caldwell his his ironwork. In memory of these two stand up dudes, Saraveza is hosting a special two-in-one benefit event for The Glen Hay Falconer Scholarship Foundation as well as for Caldwell’s surviving relatives.  The celebration of these two men’s lives, of course, begins with great beer. 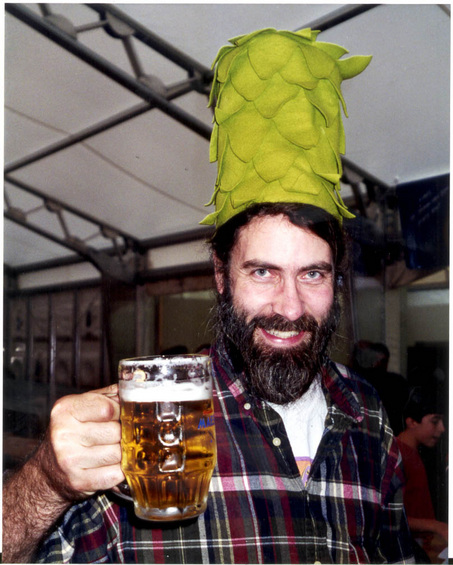 “Be a part of this annual effort, spearheaded by Walking Man Brewing, that recognizes an Oregon brewing legacy while benefiting the quality of Northwest beer!” says Saraveza founder and publican Sarah Pederson. “We’ll have a tap list only found at Saraveza: Sasquatch Legacy ’08, ’09, ’10 and Jim Caldwell tribute beer, Walking Man Iron Man IPA. With each Sasquatch Legacy Project beer poured, $1 will go to the Glen Hay Falconer Foundation’s Brewing Scholarship Program. Each Legacy dollar raised will be matched by Saraveza and donated to the Caldwell family.” 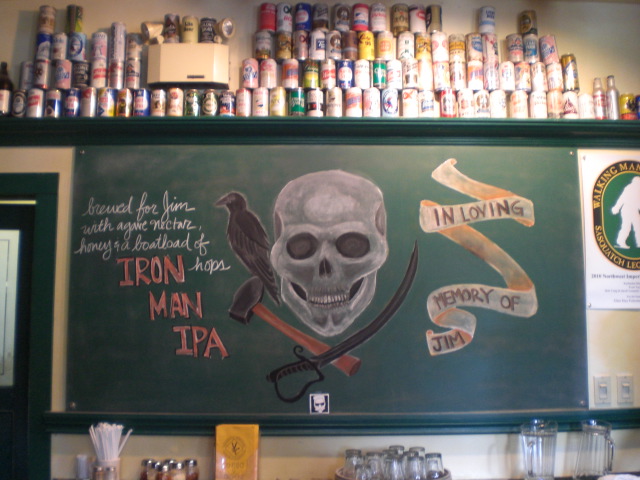 So, now those of you wishing to try the Iron Man IPA can do so right here in Portland; a rare treat. In fact, all these beers are quite rare.

The Iron Man IPA is a VERY hoppy beer made with honey and agave nectar in the kettle. Jim, who was responsible for the beautiful Walking Man iron work and loved tequila and honey, went missing a few months ago.

Saraveza is located at 1004 North Killingsworth Street in Portland, Oregon. Look for this event and others on our calendar (on the left sidebar).