Now in its third year, Plew’s Brews will once again be host to the St John’s Winter Beer Fest from December 13th to 15th. This year’s festival will feature more than twenty of the finest winter beers available!

The fest is held at Plew’s Brews, 8409 N. Lombard, from Noon Friday December 13th to Sunday December 15th at 5 p.m. Glasses, required for tasting, are $5 and tickets for a 4 ounce taste are $1, with some tastes costing 2 tickets. They’ll also be giving away special “Sunday only” tickets for free so you can come back on Sunday and try that favorite beer one more time!

And if you come hungry, manning the grill outside of Plew’s will be “Tim the Sausage Guy” along with food from the kitchen inside.

The beer list for this great event keeps growing. The festival will feature the debut of Awesome Ale’s Spike Driver Strong Ale!

Some of the winter beers being featured include:

One of the featured beers being poured will be Stone Brewing’s Farking Wheaton WOOt Stout.  This stout comes from the most unlikely yet intensely imaginative trio that is actor and uber-geek champion Wil Wheaton, alternative news website Fark.com creator Drew Curtis and Stone CEO/Co-founder Greg Koch, comes an imperial stout unlike any ever made. Brewed with rye, wheat malt and pecans and partially aged in Bourbon whiskey barrels, this viscous yet silken brew erupts with an oaky, nutty bouquet and rich flavors of vanilla, toast and bitter chocolate.

St John’s is served by TriMet’s #44 and #75 bus lines and is a short ten-minute drive from downtown Portland. 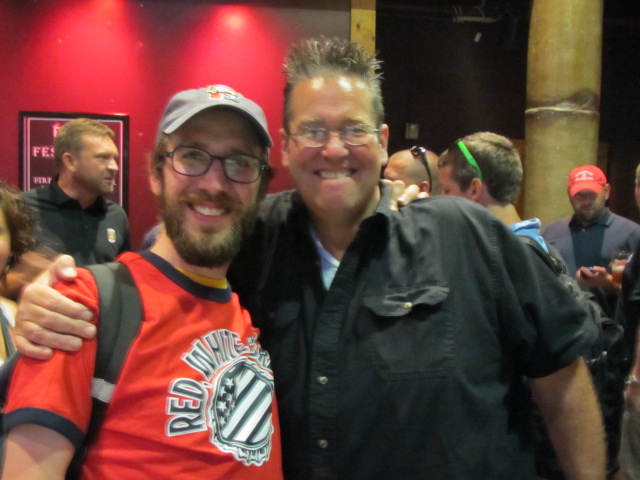