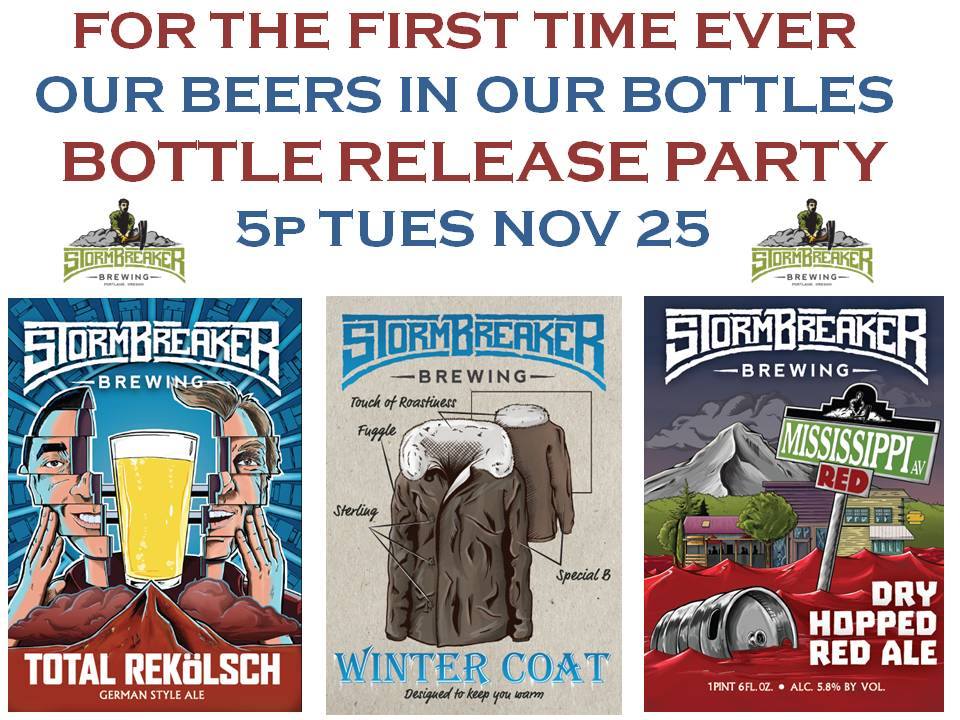 When longtime resident brewpub Amnesia Brewing closed their doors at their original location on Mississippi Avenue this past December there was some speculation if the new owners would be able to continue on with the brewing legacy that was known in this neighborhood. Well less than a year in with a nice new facelift both inside and out, StormBreaker Brewing is a focal point on this gentrifying stretch of Mississippi.

To help celebrate their first year in business, StormBreaker is getting set to host their first ever bottle release party on Tuesday, November 25th beginning at 5:00pm. Their bottle release will feature Winter Coat, Mississippi Dry Hopped Red, and Total ReKolsch all in 22oz bomber bottles. 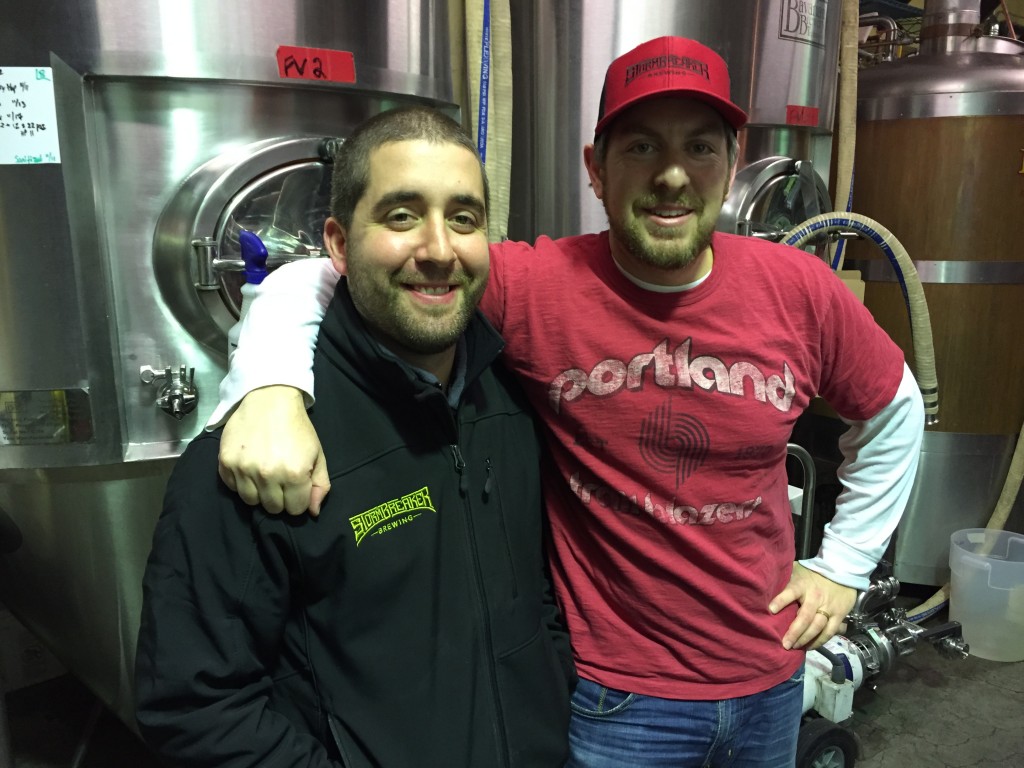 Making it a more fun party atmosphere they will have their own DJ spinning tunes while offering up some great StormBreaker giveaways too, including new winter beanies and ball caps. Festivities begin at 5:00pm and at 8:00pm they will show Total Recall on the big screen as they will serve up their Total ReKolsch in their little beer hall.

And if you’re in the North Mississippi area prior to next weeks bottle release, StormBreaker already has their new Triple Double IPA (Blazer tribute beer and our 100th brew) on tap. Soon after they will also release their Delorean Brown Ale and our Fall of the Iron Curtain Baltic Porter.

Here are some descriptions….

Triple Double
Achieving a triple double in hoops is impressive, but achieving it in your beer is even better. With ten hop additions of three hop varietals, Mosaic, Citra, and Amarillo, this beer scores on your palate, rebounds in your nose with big aromas of grapefruit citrus and pineapple, and is assisted by the punchy, juicy citrus flavors to balance the slight upfront bitterness and big 8.5% ABV to make this a Rip City slam dunk.
8.5% ABV 90 IBU 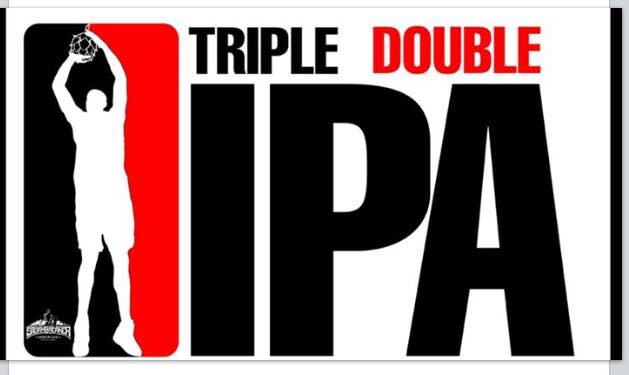 Fall of Iron Curtain
Baltic Porters were largely forgotten in the West until the fall of the Iron Curtain and until now.  Flavor has a big upfront but balanced sweetness with prominent chocolate flavors and hints of caramel.  No roasty coffee-ness in this one. Just a smooth and silky finish with a touch of alcohol warmth.
8.0% ABV 24 IBU

Delorean Brown
Not quite as hoppy as our fresh hop 1.21 Gigahops, this deep brown ale still has enough prominent chocolate flavors and aroma to power a flux capacitor.  Dialed back the hops to showcase the malt profile on this version with just a bit of roastiness balanced with a little citrus and floral hop.
5.9% ABV 31 IBU.

Winter Coat
If you’re not one to hibernate through the winter season, the StormBreaker Winter Coat is what you need to keep the enthusiasm through mountain hikes, your city commute, or just sitting outside fireside. Chocolate Malt and Special B insulation keeps you warm while your mouth on the glass prevents any snow or sleet from getting in. Features like fuggle hops, sterling hops, and sweet orange peel set this Winter Coat apart. 7.5% abv/35 IBU shell. 100% delicious lining. Hand Crafted in Portland, OR.
7.5% ABV 35 IBU 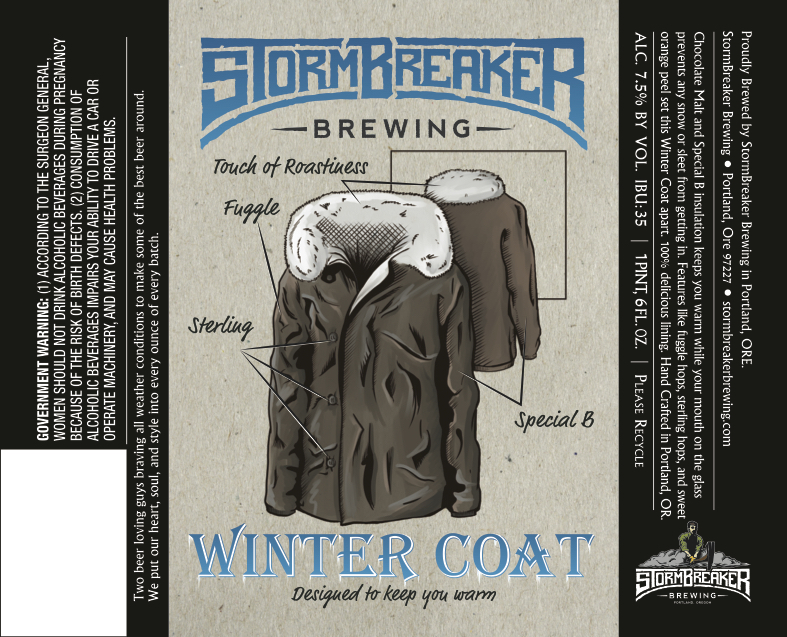