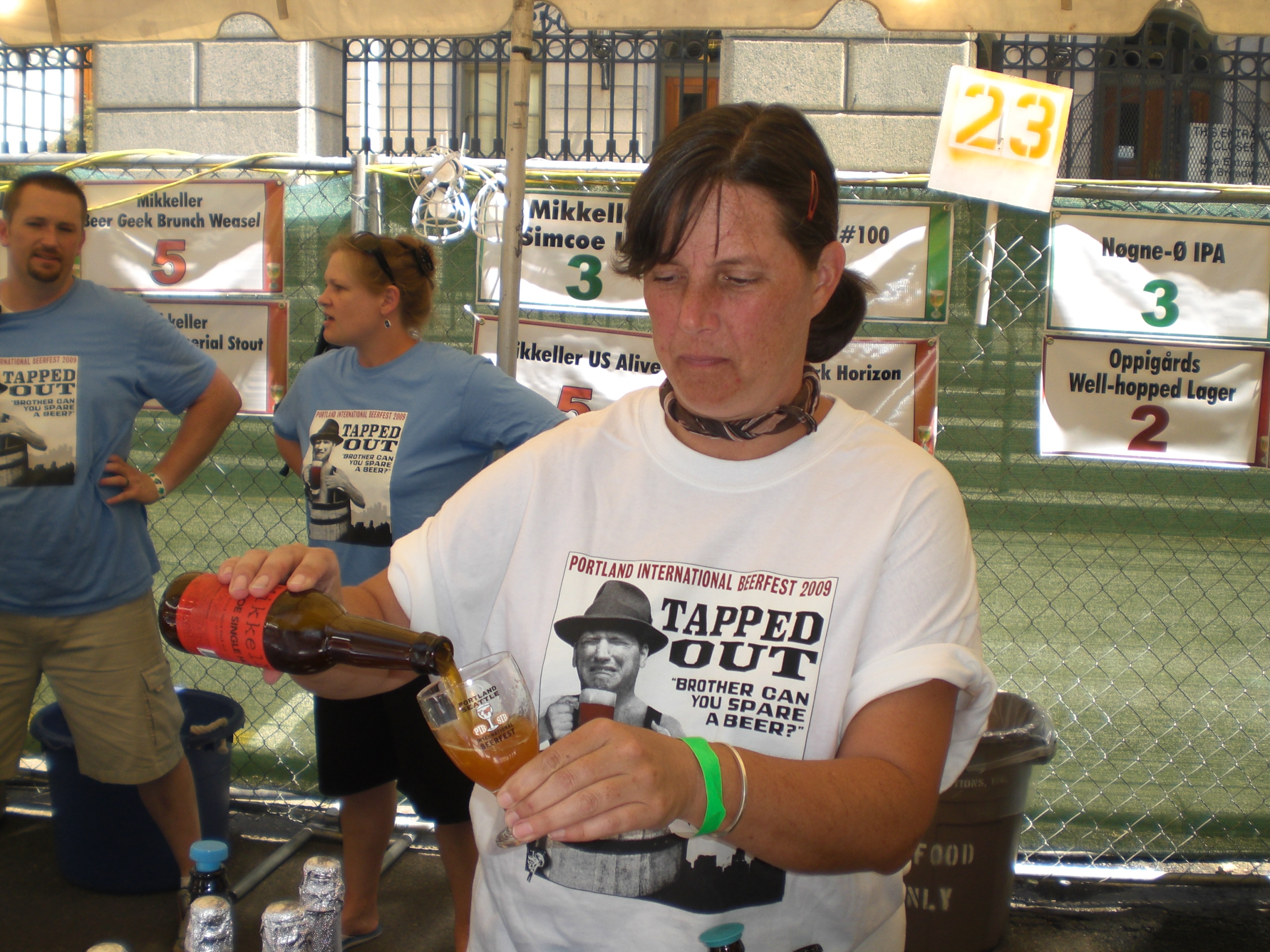 Portland International Beerfest‘s 2009 guide booklet reads “Tapped Out” boldly across the front top. After spending two of the three days at this well organized and executed beer geek event, I feel just that. On the opening night, Friday July 17, I decided to forgo the event due to hot weather that nearly hit 100 degrees. But by Saturday, I was amped to go. Equipped with my new Beer Rock Socks, a plump stack of drink tickets and the event’s classy glass sampler, I was of the determined mindset that neither crowds nor heat would stop me. 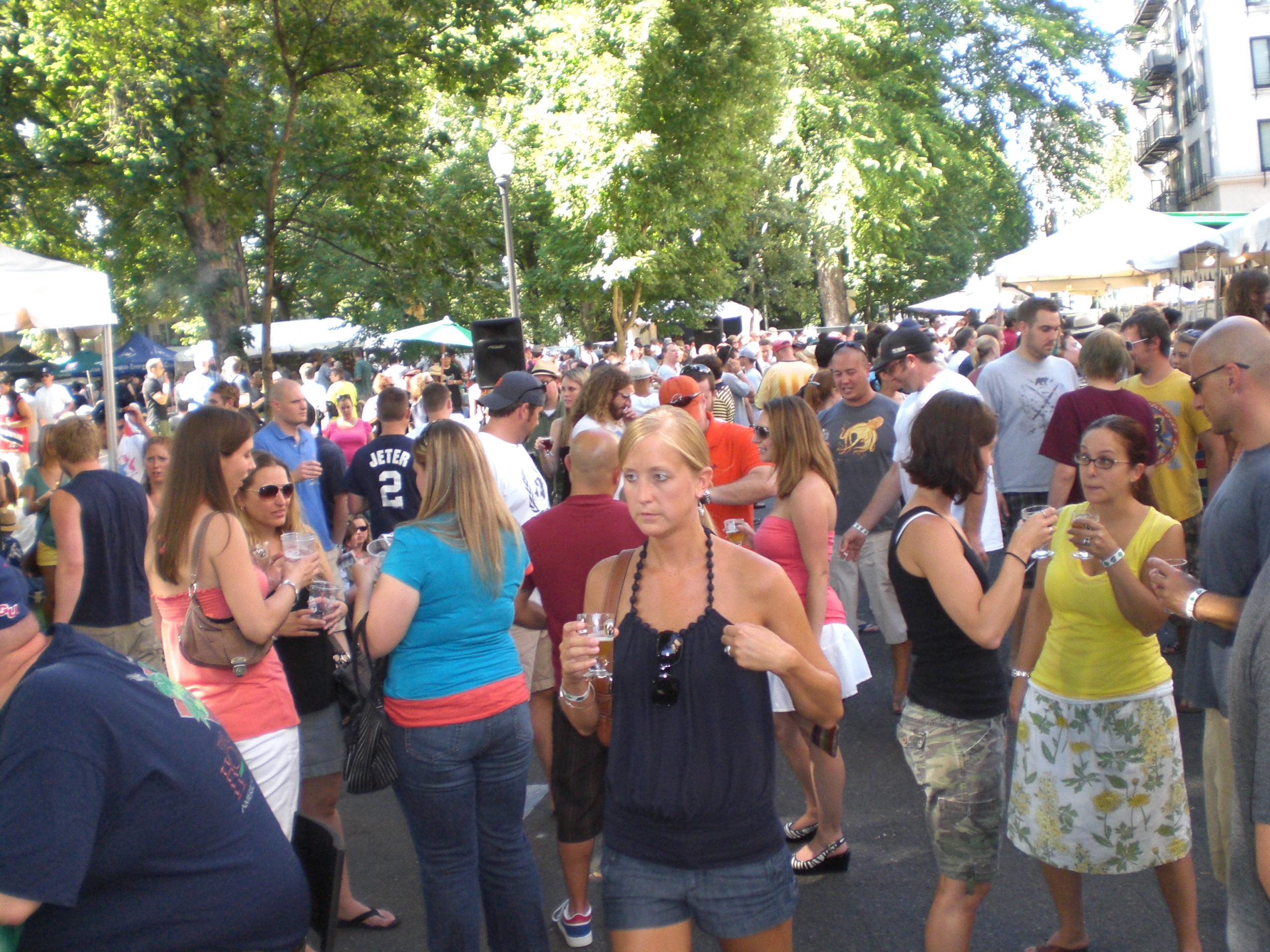 Boasting over 150 beers from 15 countries, the choices were plenty. First stop: the rare import bottles table. Here, you can always find hard to find, expensive bottles of stuff that you may not have tasted before, and if you have, perhaps you didn’t want to shell out top coin to chance a let down. I am always inquisitive of the priciest item. This can usually be found here. Exotic Italian import brew is always top dollar, and the Birrifico Troll Geisha at seven tokens was the most expensive 4-ouncer at the festival. A 12% ABV barleywine poured dark, foggy brown hue that served as a precursor to its immense flavor profile. Geisha’s dark fruitiness of a caramel drenched fig soaked in plum wine and kicked things off correct. Just a sip of my friend Joe’s was all I needed to snift and sip to know I was in the right spot. 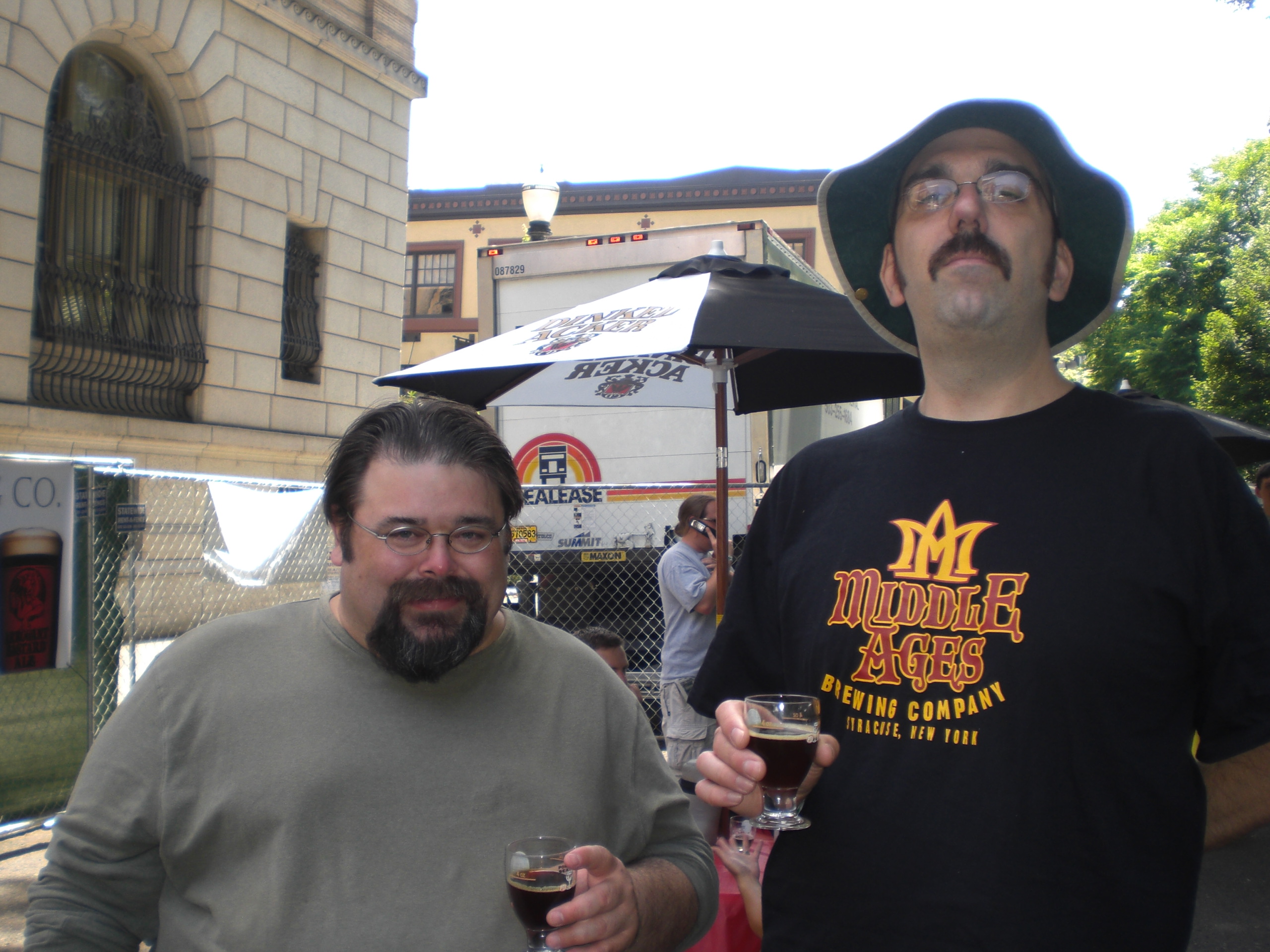 Wasting little time and palate reserves, I next opted for a brewery that doesn’t make a bad beer. Mikkeller’s Single Hop Simcoe IPA, I surmised would be no exception considering my affinity for this hop varietal. Just like I like ’em: orange, cloudy, bright, and balmily bursting with tropic paradise at the nostrils. A festival organized in honor of the mighty dank and lush Simcoe would be a sound idea in my Humboldt opinion. 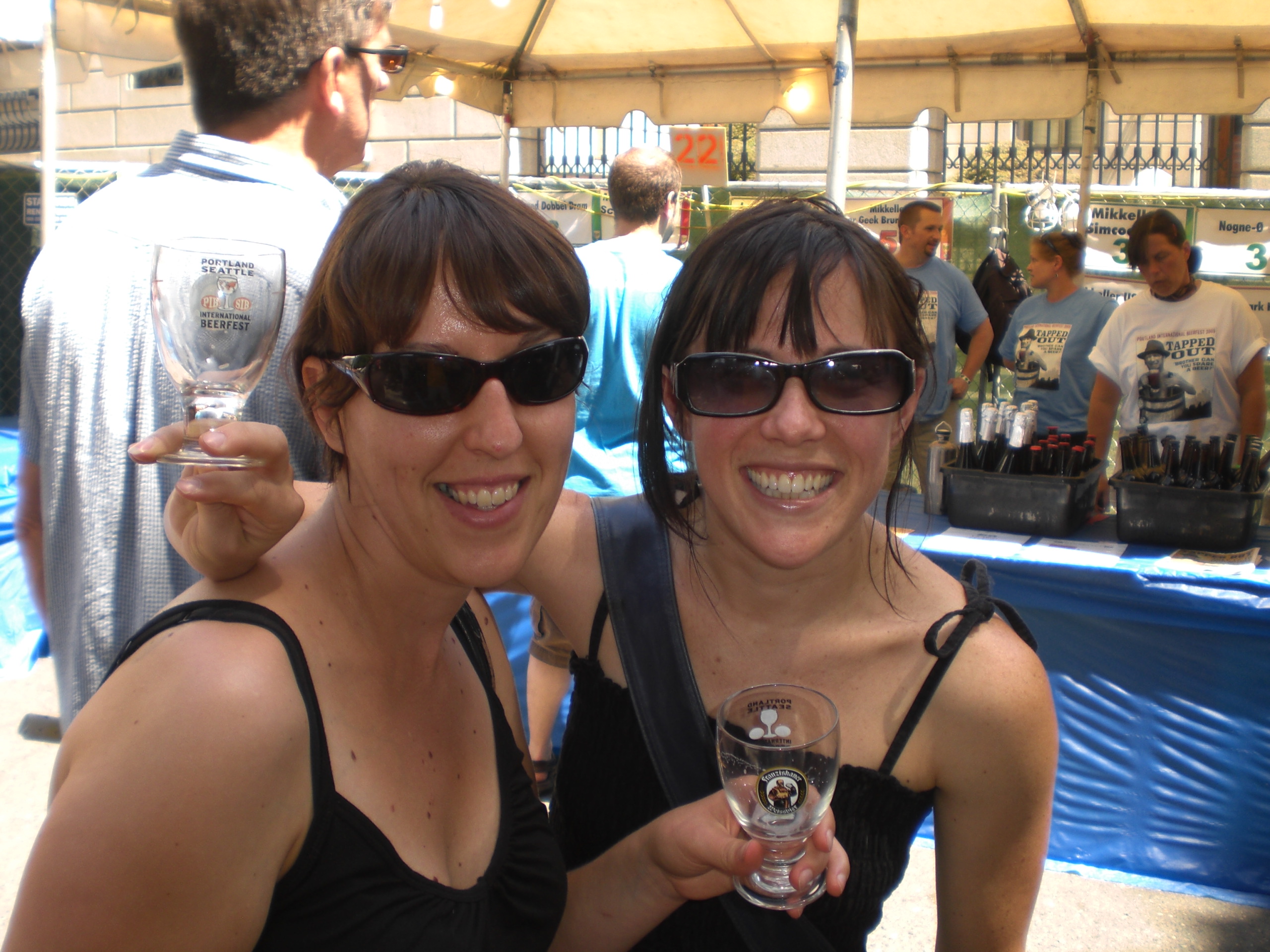 Several delicious, if not interesting, brews were on hand. Many of the best ones I did not taste at PIB because of

their availability regularly in Portland. A collaborator brew between Bells Brewing and DeProef dubbed “Van Twee” was the latest in the Signature Series collaboratives brewed at DeProef in Lochrist, Belgium. A tart, yeasty crepuscular-colored beer brewed with sour cherries and dark candied sugar and conditioned with Michigan sugar beats, Van Twee, for me, was a bit of a let down. Considering my affinity for sour brews and off-the-wall (don’t stop til you get enough) forward-looking brews, and my veneration for these two breweries, I found this beer disappointing. Perhaps the keg did not travel well or my palate was not modulated to the mustery cardboard/oxidation notes. Regardless, I was happy to have the opportunity to try it, and in the future I hope to try it again to see if this experience was just a fluke. 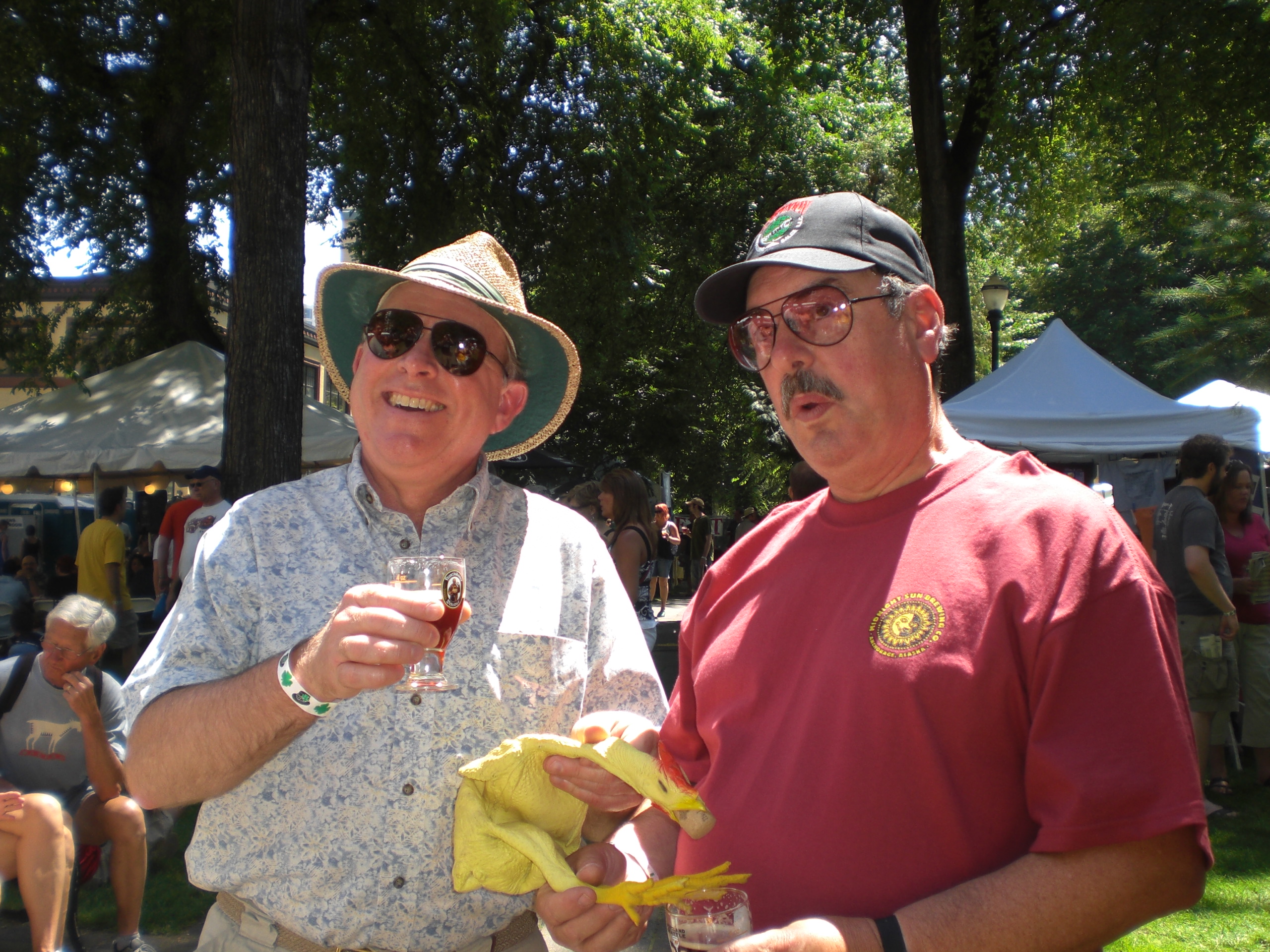 A local highlight at PIB was Lompoc’s bourbon barrel-aged LSD, a creamy, boozy, warm and strong ale.  Aging this beer a few more years might provide enough complexity it to give even the most salient palate you a complex.This wonderful brew was yours for a measly 2 tickets. A real steal if you ask me. 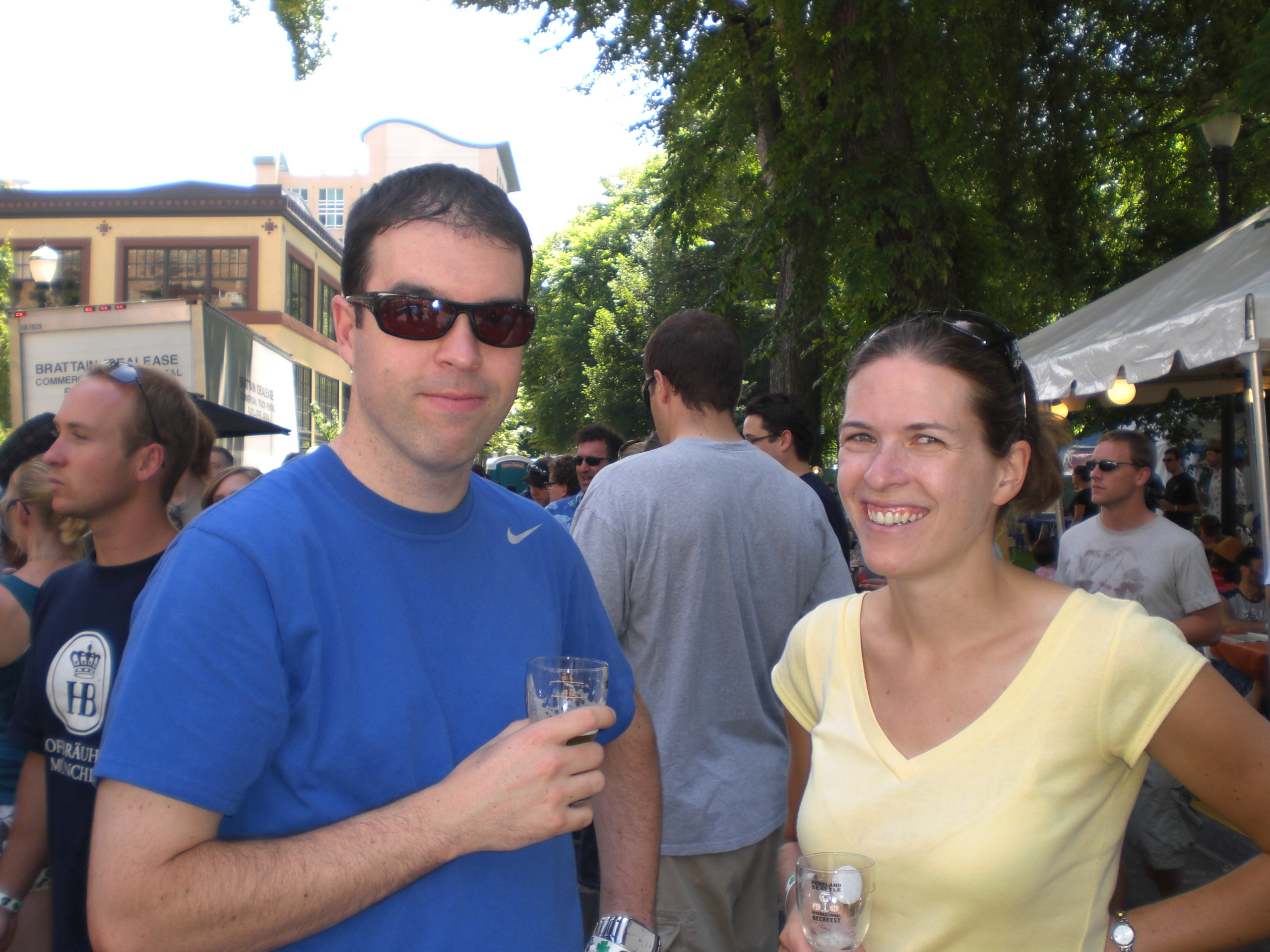 On the west side of the venue, a number of bargains were to be had including an assortment of Spaten beers

on tap. The Munich brewery provided festival goers with pours of their Premium Lager, Optimator Doppelbock, Pils, Ur-Marzen, and perhaps the hit of the quenching quaffer, the Spaten Helles Bock. Other wonderful German brews from Franziskaner, Weihenstephaner, and Schneider provided a pocket of classic Lagers and Alemania. For those trying to Czech themselves, a great deal was pouring in the south beer garden: $3 pints of Pilsner Urquell. You can’t beat that (well, if they were $2 you could). 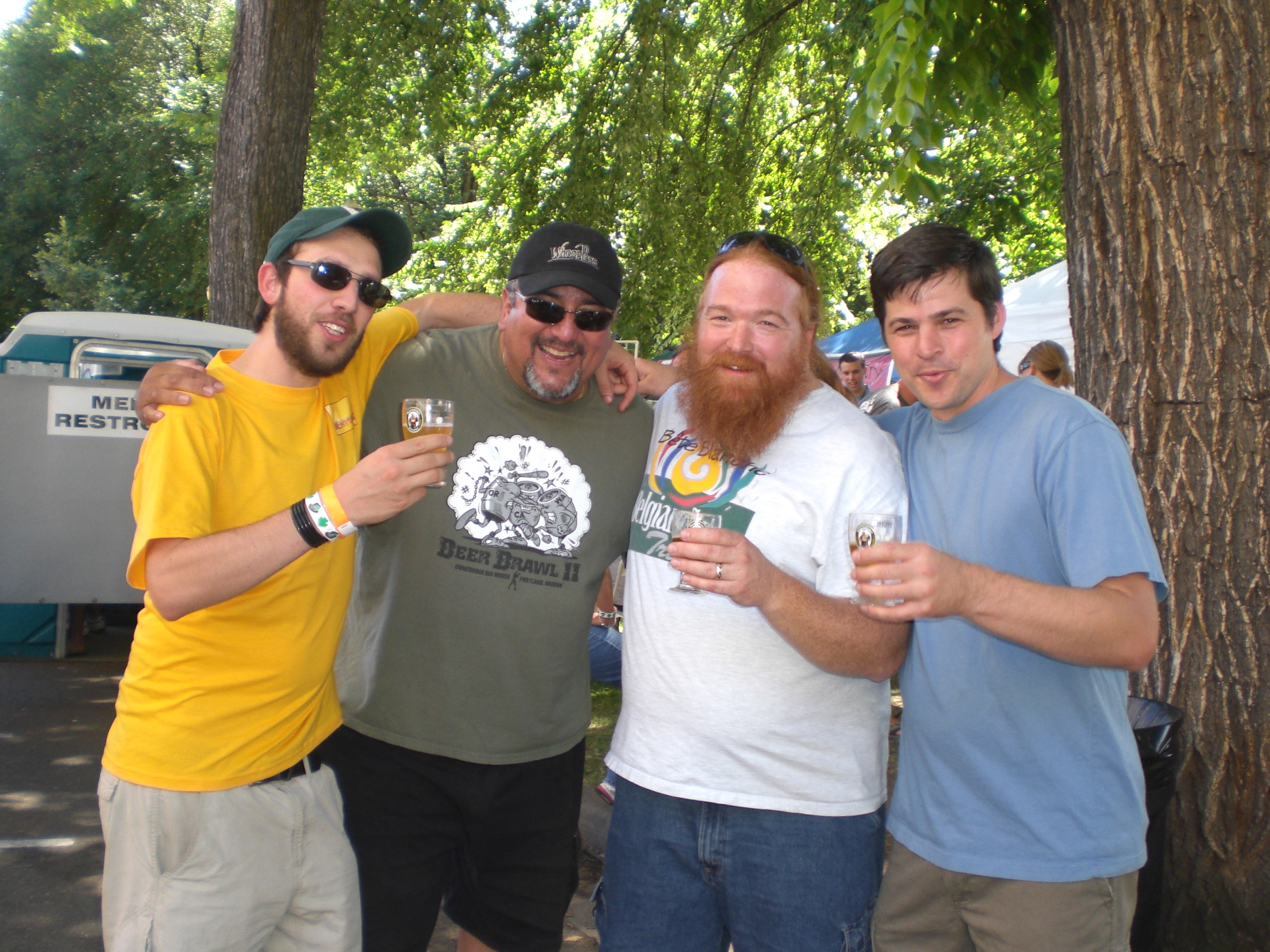 After fun and social Saturday, I hung up my beer socks for the day. On Sunday, I returned at 12:40 p.m., sadly just fifteen minutes or so after a rare keg of Dogfish Head 120 Minute IPA (20% ABV) ran out. A noon tapping of this beer and the breweries zaftig Worldwide Stout (18% ABV) was designed to offer festival goers a once in a lifetime version of the old Black & Tan dubbed “Heaven & Hell.” I was, however, fortunate to get one of the last pours of the stout. The man pouring the beer enthusiastically explained how droves of people vultured, cellphones in hand, to these uncommon kegs leaving the rest of the grounds bare until the beer was tapped. Oh, well, maybe next time. 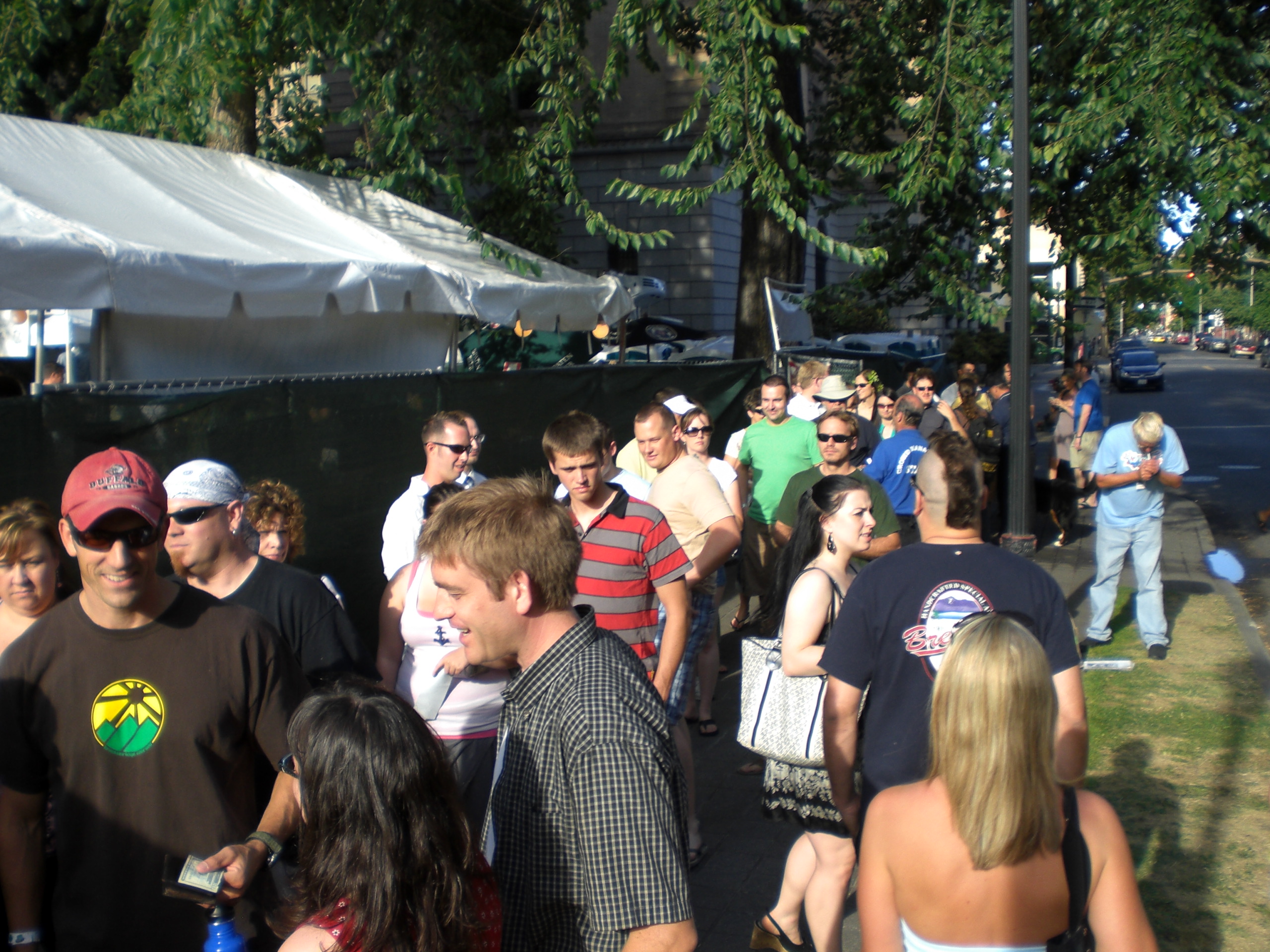 Like many other great beer festivals, the final hours are what are often referred to as “trash time.” At many brewfests, the choices close to the end wither down as beer geeks weed out each top offering one by one.

Fortunately, the PIB had a lot of great beer flowing right up to the end. Granted, there wasn’t any of the most hyped ones, but for someone from out of town, a one-ticket pour of Deschutes Black Butte XXI, Red Chair IPA, or Mirror Mirror BarleywineDry-hopped Whoop Pass IPA from Silver City Brewing was a hit and their Deluxe Malt Liquor hit the spot on such a fair day. Stone’s well-hopped TripelLat 44 IPA was quite florid and delicious as well. An assortment of brews from Cascade Brewing/Raccoon Lodge were an easily overlooked treasure to an local beer zealot. The Nightfall Sour Blackberry Ale, Gose, Gold Yeller, Mouton Rouge, and other rotating mystery taps were all in effect for most of the event. was nothing to sneeze at (unless, of course you are allergic to great beer). A and Full Sail/Henry Weinhards/Miller/Coors/ 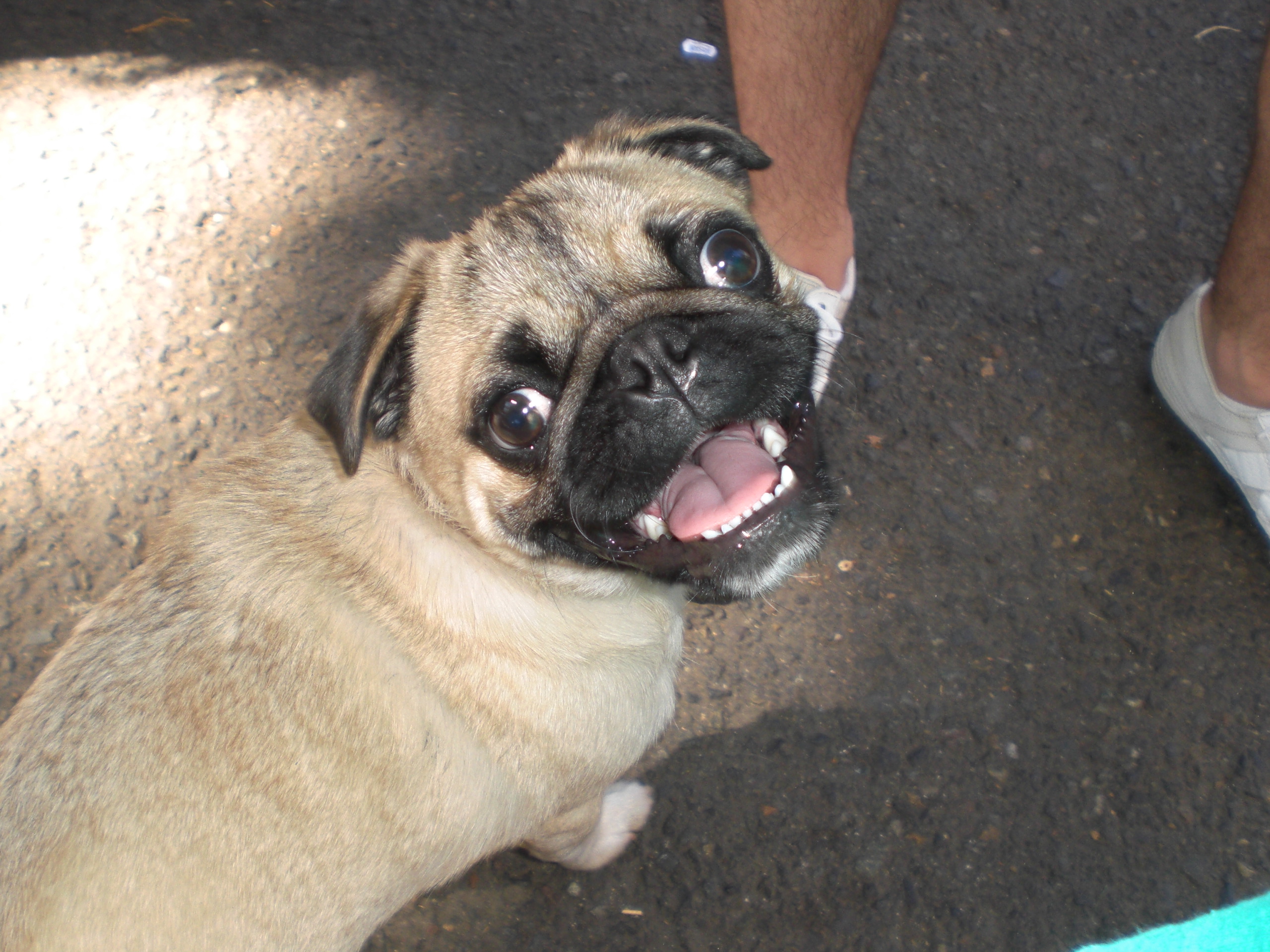 These are just a few of what I really enjoyed. The selection of beers overall was simply mind-boggling. It isn’t a complaint, but the problem with Portland is that there’s just too many good beers of too many styles. Thank goodness I only drink two kinds of beer: ales and lagers. 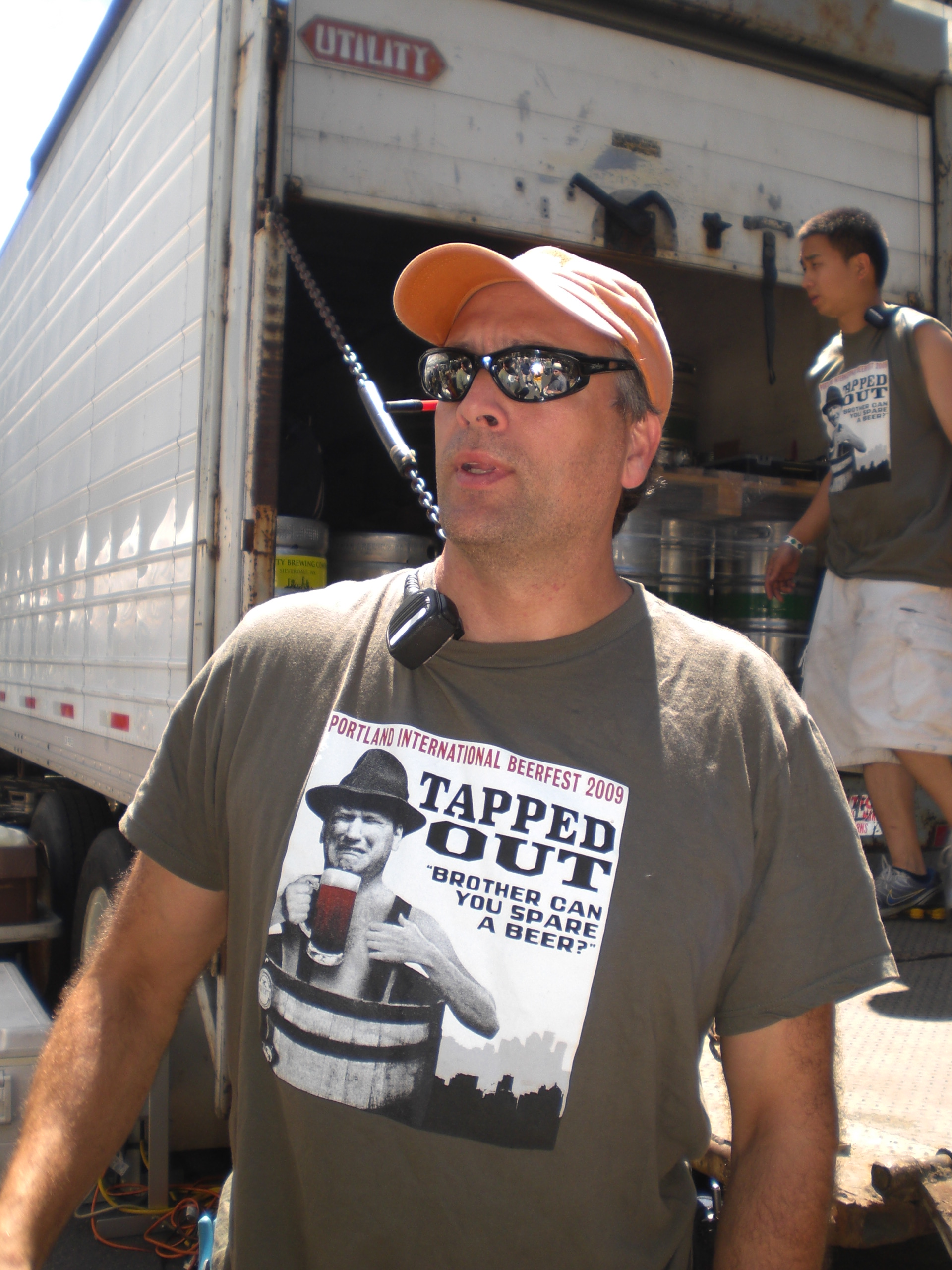 Great work by Preston Weesner and all the organizers and volunteers who helped make this a great event yet again. Prost! 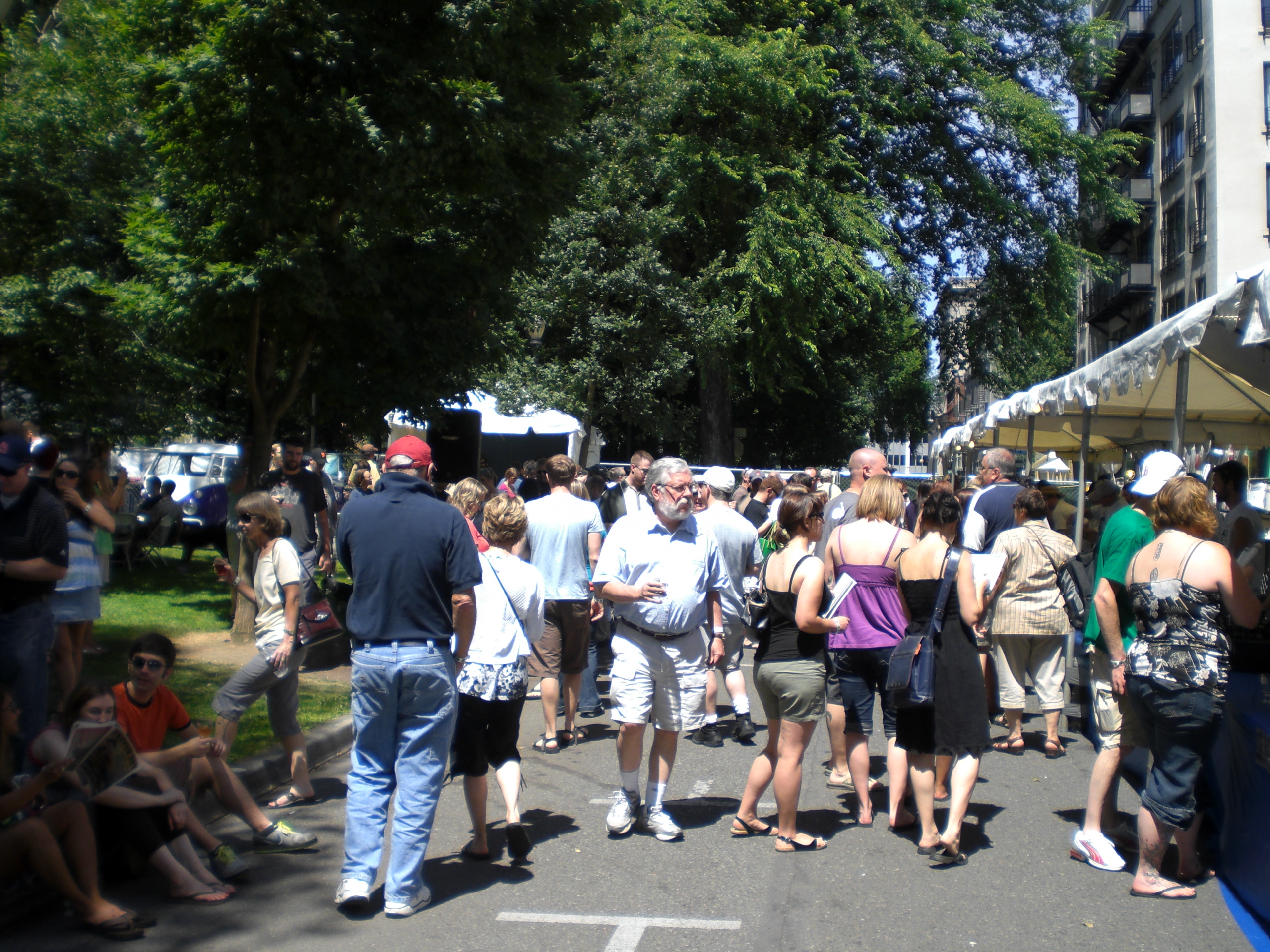