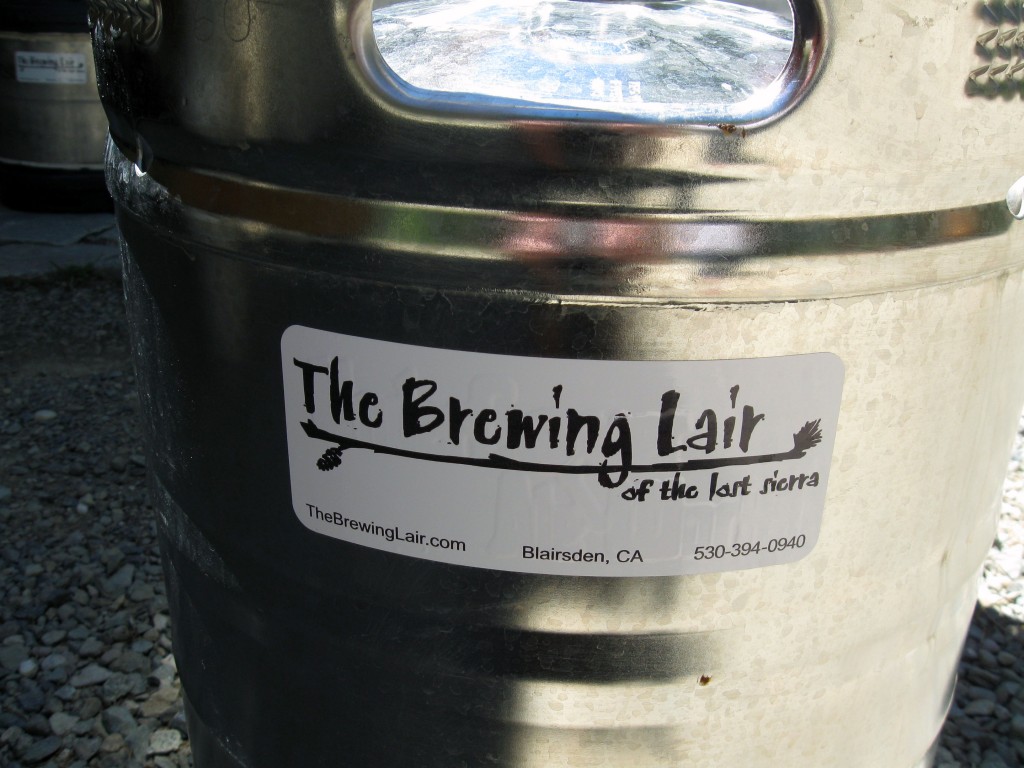 We landed in Reno.  It was my first time touching down in “The Biggest Little City in the World.”  I didn’t get to explore, but it appeared to have the feel of Vegas, a place that resides at the very bottom of my ‘places to visit list’.  My wife and I were picked up at the airport by her parents who were road tripping.  We were heading to see Uncle Smokey and Aunt Karen who live near Quincy, CA.  Quincy is a small town nestled in the Sierra Nevada Mountains. With a population of about 1,700, you may miss it if you blink.  Settled as a Gold Rush community in the mid-1800s, its current claim to fame is The High Sierra Music Festival.

Uncle Smokey, who knows my affection for beer, said we should stop at a newish brewery that opened on the CA-70 about 20 miles SE of Quincy in Blairsden, CA. Fortunately, I have the coolest In-Laws in the world.  They were already planning to stop.  A stop we missed.  The small, folding sign on the side of the road was hard to see at traveling speed, but conveniently there was a turn-around about a ¼ mile where CA70 meets the 89.  We re-traced our steps and pulled in on the dirt and gravel road where the sign was. 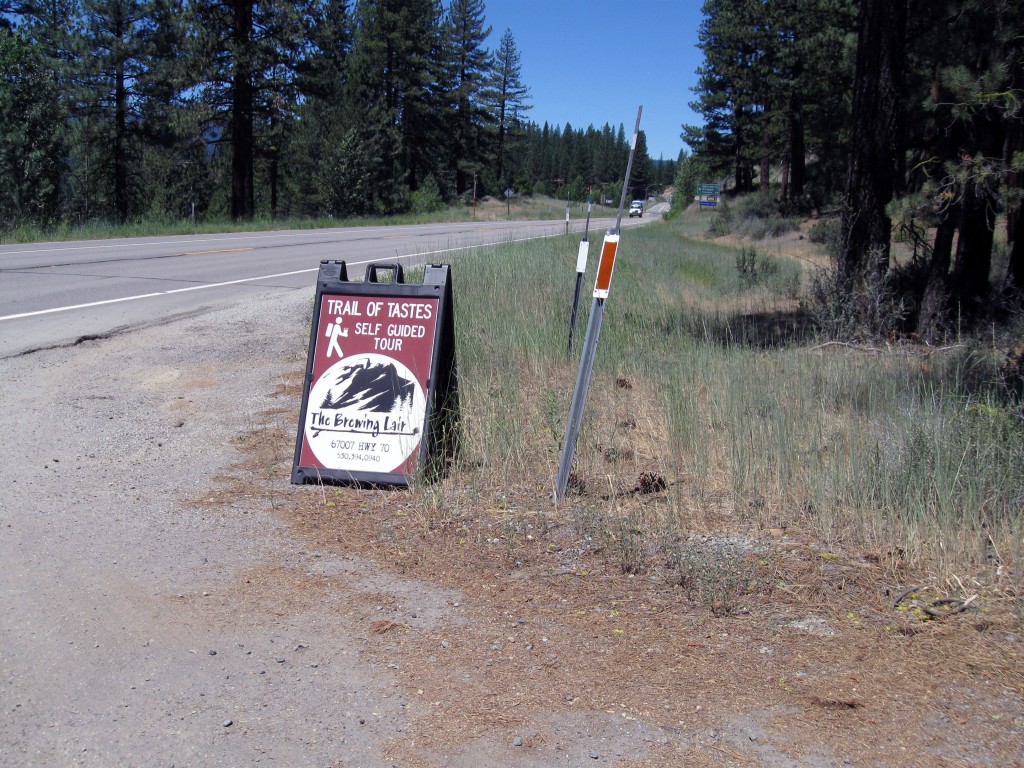 The first thing that came to mind as we drove in was that we were going to die.  I was thinking along the lines of ‘The Texas Chainsaw Massacre’.  It was forested, undeveloped and there was no sign of a brewery. When was Leatherface going to pop out? As we drove slowly up the road we saw disc golf targets scattered throughout the woods.  Wow, how cool.  As we rounded the last corner of the unimproved road the brewery came into view and we knew we had reached our destination, The Brewing Lair. 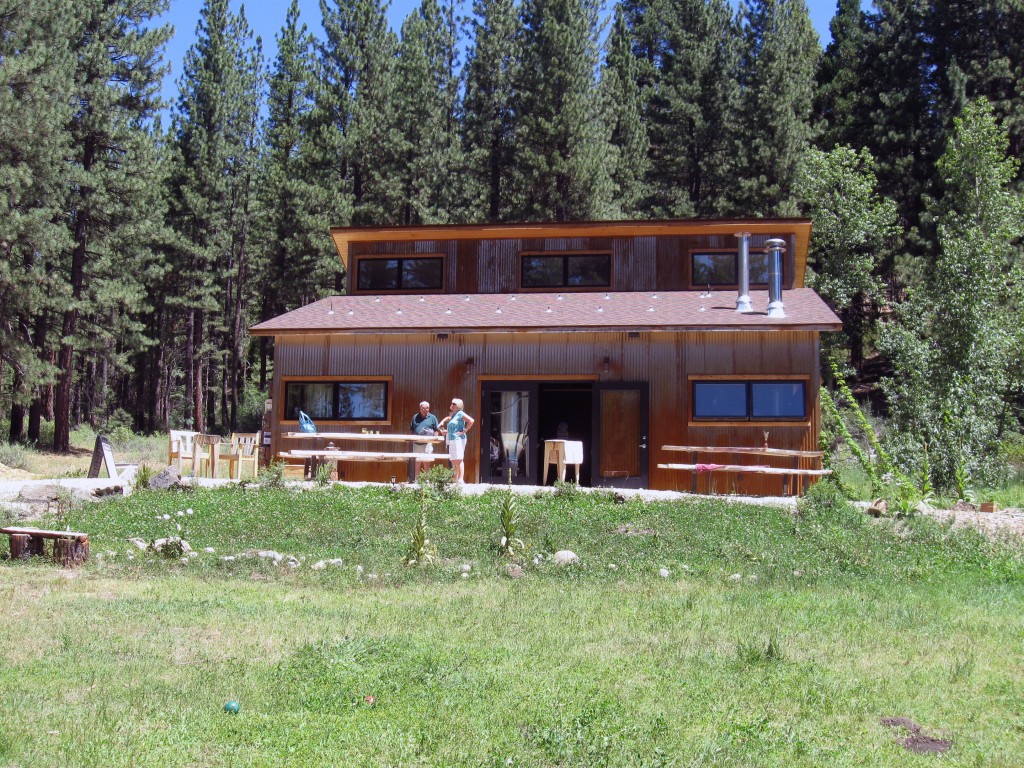 We were the only ones there at first, except for a guy that looked like he had just stopped by for a beer after a mountain bike ride.  Oh, and we could see Brewmaster, Rich, busy cleaning kegs, and the Brewery’s mascot, Karoo the dog, “guarding” the premises. 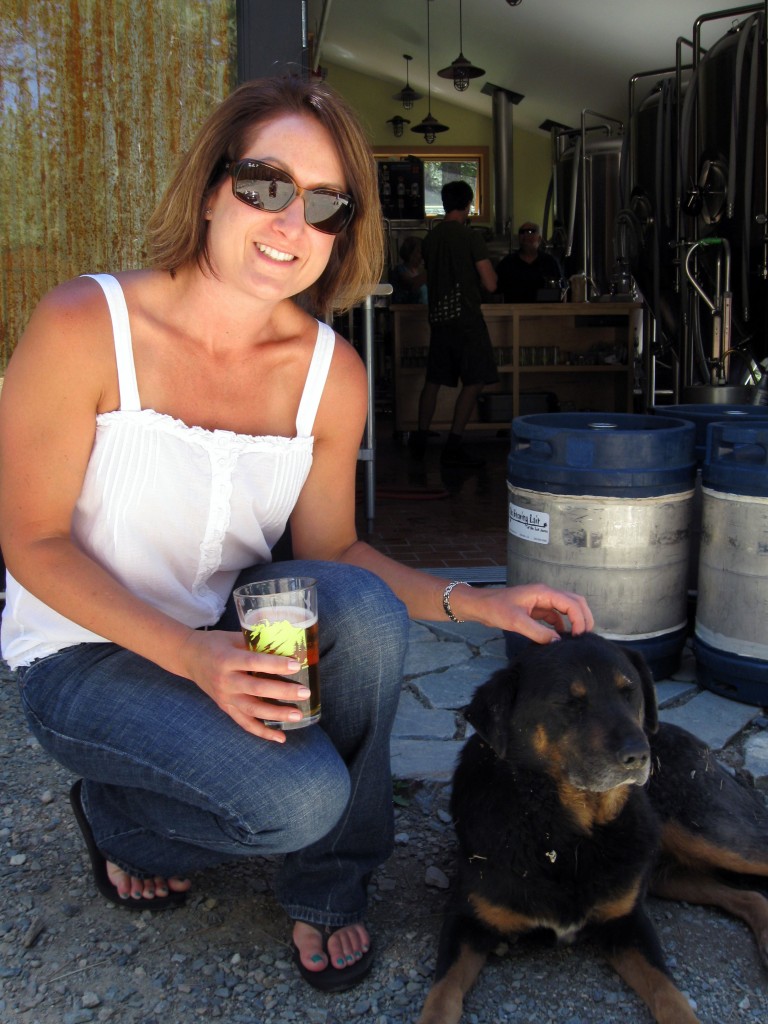 The Brewing Lair was amazing.  The location stole our hearts and the beer soothed our souls.  It was pretty close to utopia; off the beaten path, in a gorgeous setting, rustic, very one of a kind, and I could go on.  I was ready to take up residency.  Rich, the Brewmaster and jack-of-all-trades (he helped build the place) was busy running all aspects of the operation, but he didn’t hesitate to take time-out to talk with us.  He told us they began about 16 months ago and were formally know as Under Cover Ale Works.  Since that time they have been doing really well. Rich went on to say that you can find their beer from Sacramento to Reno. 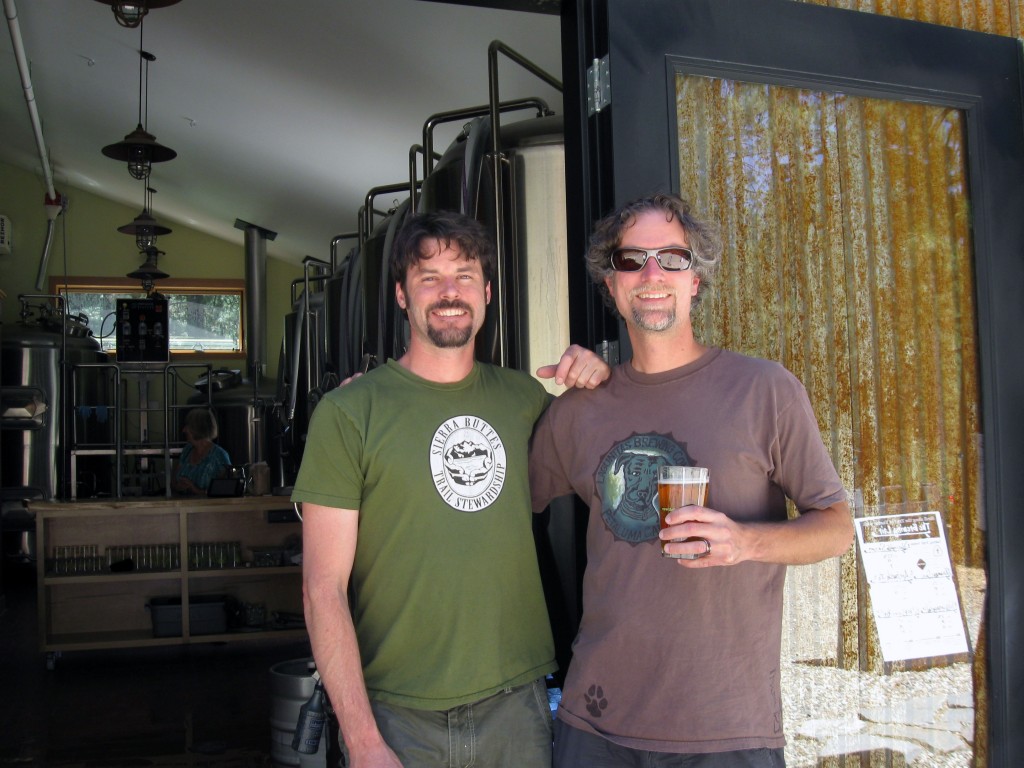 As for the beer review, we were very impressed.  On our visit, the Lair was serving up (5) different flavors.  We order a round of tasters.   They were delivered on a very attractive, hand crafted metal taster tray that was reminiscent of a bicycle sprocket. 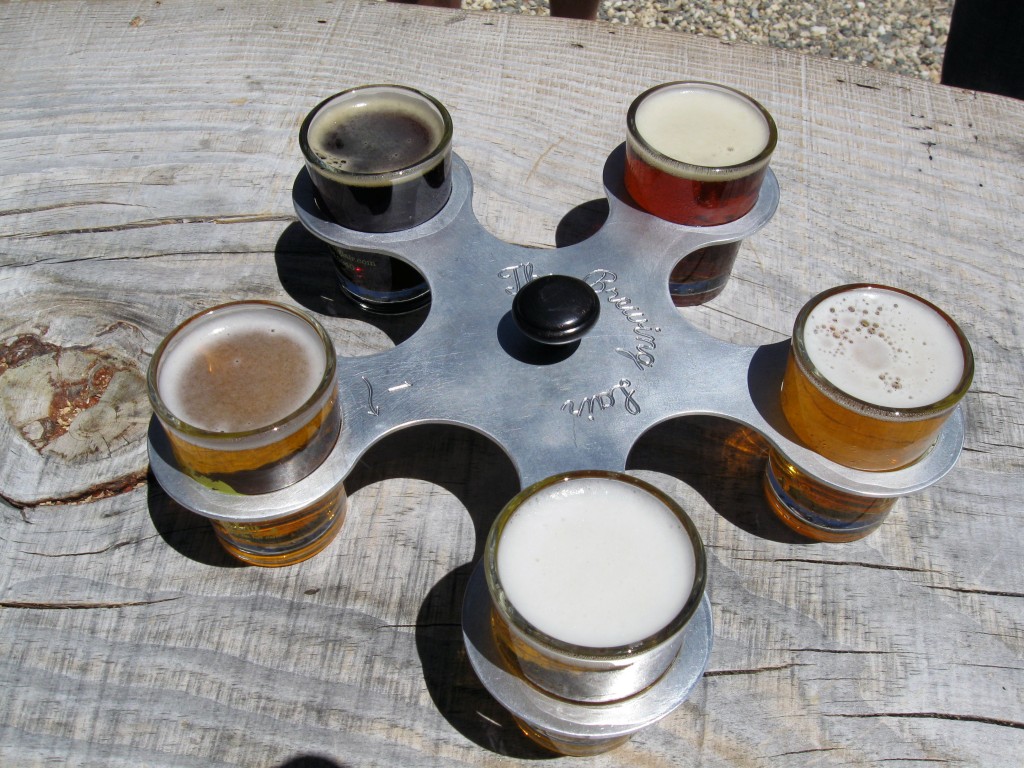 Of course, being the narrow minded IPA drinker that my liver chooses me to be, I enjoyed their (3) IPA offerings.  The Ambush IPA, Espionage Red IPA and Deep Cove Black IPA all provided something different as their names denote. The other (2) beers on the tray were the Incognito Saison and Columbus Solo.  The Saison was a Belgian style ale and the Solo was a nice single hop beer with great flavor.  My mouth was pleased by the piney, Ambush IPA, so that ended up being my pint of choice.

After exploring the brewery and grounds it was time to part ways.  We all wanted to stay longer at the coolest brewery I’ve ever been to, but we had commitments to fulfill.  I was just so happy we stopped.