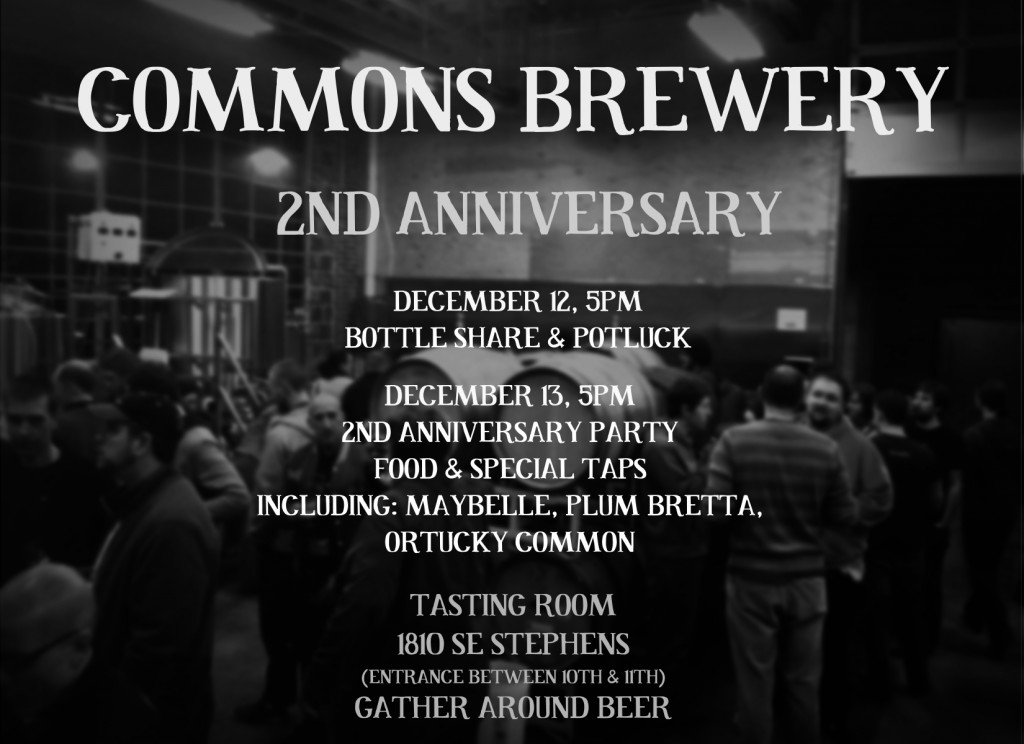 The Commons Brewery opened their doors 2 years ago and to celebrate this occasion they will be hosting 2 events next week on Thursday and Friday. This past year has been a big one for guys down at The Commons. During the past year they have won 2 GABF Medals, Urban Farmhouse was named Willamette Week’s Beer of the Year, two 30bbl fermentors were installed, a new bottling line is soon to be up and running. This is in addition to the other great beers that have made it through the pipeline.

Thursday, December 12, 5pm-9pm
Bottle Share & Potluck
Bring a bottle of a special beer and/or a side dish to share with everyone. This is a great way to try lots of beers and meet new friends.

Friday, December 13, 5pm-close
2nd Anniversary Celebration
The Commons Brewery will have a small spread of food and will tap a collection of our favorites as well as some special kegs that they’ve been saving for this event. Here’s the draft list so far:

Sounds like a trip to The Commons is in order next week.