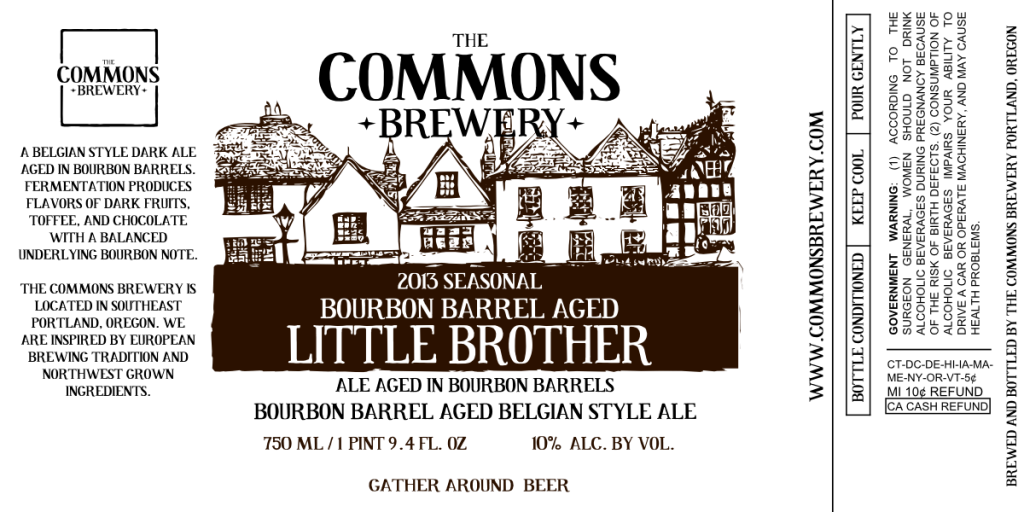 The Commons Brewery began as Beetje Brewery when owner Mike Wright was brewing in his garage. One of the beers that Wright brewed during this time was Little Brother, a Belgian style dark strong ale. Now all grown up with a new name for the brewery and in a much larger facility, The Commons now offers up a barrel-aged version of Little Brother aptly named Bourbon Little Brother.

Bourbon Little Brother is a Belgian Dark Strong Ale partially aged in fresh Heaven Hill Bourbon barrels for 6 months. It is then blended into a fresh batch of the Little Brother base, with the final ratio being 60% fresh beer and then 40% barrel aged beer. The result is a rich malt character with an assertive, but drinkable touch of bourbon character. This beer is can be consumed now or aged for up to 2 years.