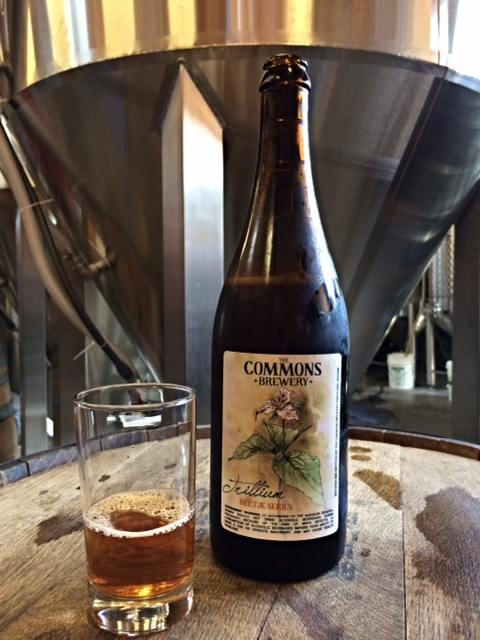 Just in time to celebrate our nation’s Independence Day, The Commons Brewery will release Trillium on Thursday, July 3rd. Trillium is a new sour farmhouse ale brewed as part of the Beetje Series and will be released only at the brewery Tasting Room beginning at 5:00pm. 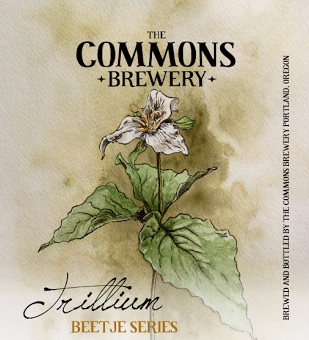 Having had the opportunity to taste Trillium today, we can say that this beer is one to seek out. The blend of beers used to bottle Trillium allows for a nice, yet refreshing sourness to the beer. Fairly priced at $15 per 750ml bottle, Trillium will also be available on draft in limited quantities on Thursday, the day of the release. This is an excellent way for you to try the beer prior to putting down $15 a bottle. We strongly feel that you will be impressed with this latest release from The Commons.

The beautiful label art for Trillium was created by Adam Burke, brother of Head Brewer Sean Burke. You can find more information about Adam Burke’s art at http://www.nightjarillustration.com.