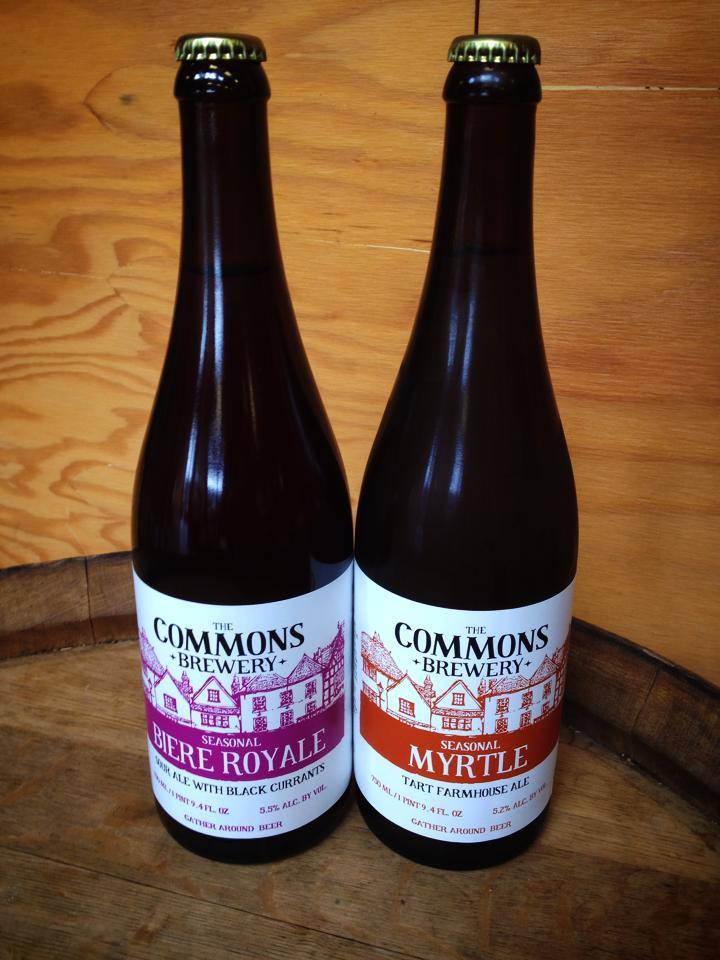 Still fresh off their 2014 World Beer Cup Bronze Medal for Flemish Kiss, The Commons Brewery will be hosting a bottle release on Saturday, April 19th. This limited bottle release will be for a limited run of Myrtle and Biere Royale. The bottles will be available at the Tasting Room beginning at 2pm. Bottles will be $9 and there are only 25 cases of each. 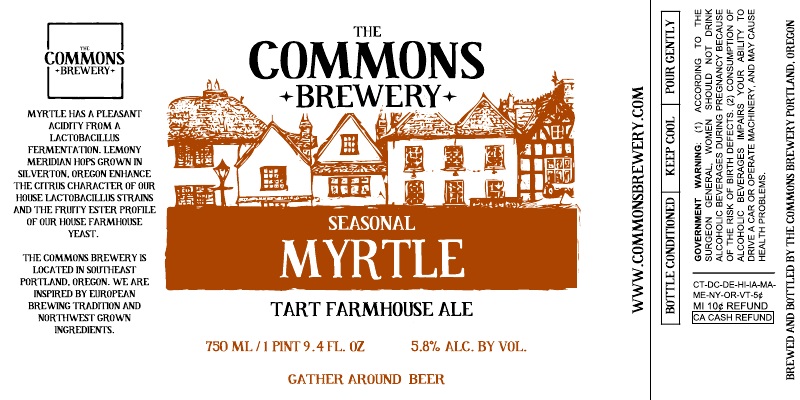 Myrtle, normally The Commons late summer seasonal, is a tart farmhouse ale hopped with locally grown Meridian hops from Silverton, Oregon. The result is a citrusy, fruity mimosa like beer. This past October, at the Great American Beer Festival held in Denver, CO, The Commons came home with a Silver Medal in the American-Style Sour Ale category for Myrtle. 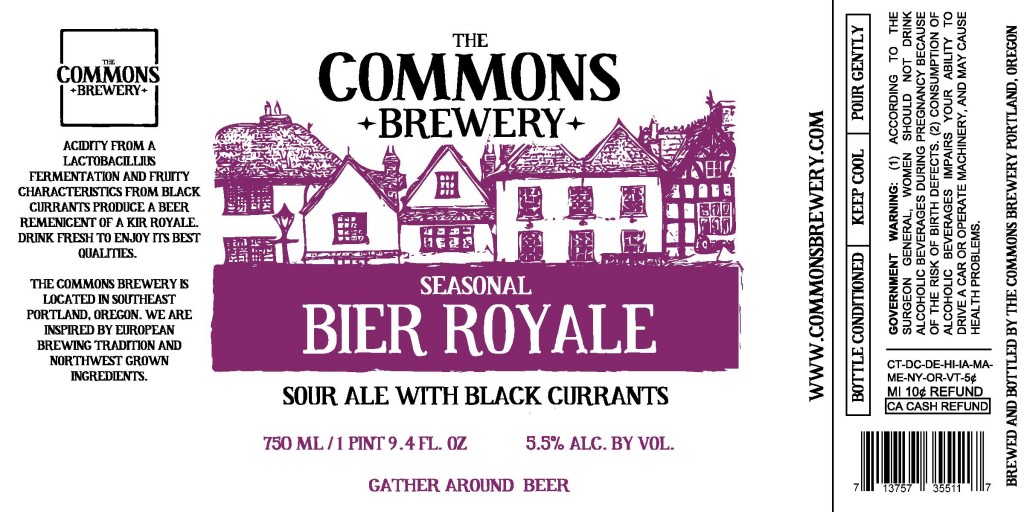 Bier Royale, also another summer seasonal, was originally brewed for Burnside Brewing’s Portland Fruit Beer Festival. Bier Royale was inspired by the cocktail Kir Royale, This sour ale is brewed with black currants acidified with a culture grown from yogurt.

Make sure to swing by The Commons on Saturday to get your hands on these highly sought after, yet very limited releases.