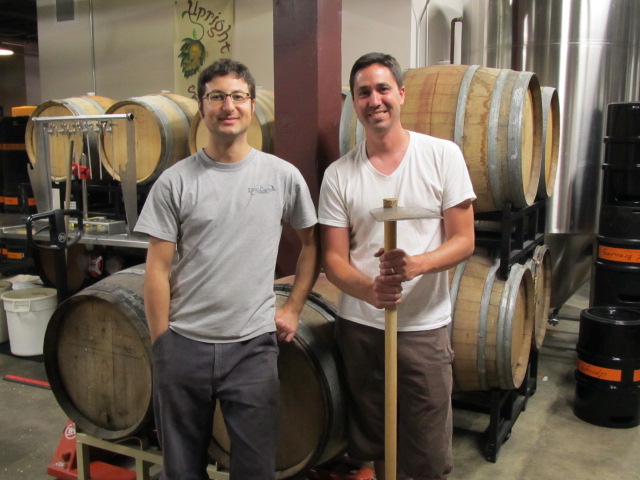 The art of two or more breweries joining forces to collaborate on a beer is a process that has become the norm in the wold of craft brewing. However, as the Holiday Season approaches two of Portland’s well loved breweries got together for something a bit different, a recipe exchange.

On Friday, December 12th at Saraveza, craft beers fans will be able to rally behind Upright Brewing and The Commons Brewery to sample a beer that each brewery is well known and held in high regard for that was brewed by the other brewery. This unique recipe exchange has Upright Brewing taking on the challenge of brewing The Commons favorite refreshing farmhouse ale. Urban Farmhouse. On the flip side, The Commons takes on Upright’s popular wheat based table saison Four.

Josh Grgas of The Commons stated, “These beers should be a showcase of how fermentor shape plays a role in flavor development. Our house yeast will likely behave differently in Upright’s open fermentors, giving the Upright version of “Urban Farmhouse” a slightly different flavor profile. Similarly, Upright’s house yeast will give the Commons “Four” a different profile due to our closed, cylindrical-conical fermenters. We’re really excited to taste the similarities and differences.”

Beginning at 6:00pm, Saraveza will be tapping both tribute versions alongside the originals so one can compare and contrast. If you want to find out more about this unusual “collaboration”, the brewers and their crews will be in attendance.

The evening’s draft list will feature the following 10 beers.